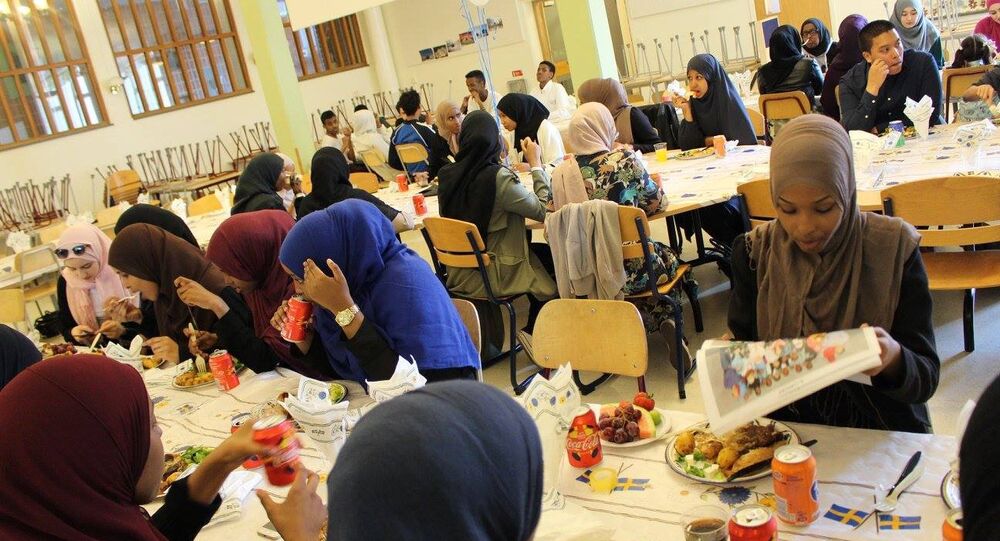 Sweden, which touts a global reputation as a champion of equality and a promotor of women's rights, has given Scandinavia's largest Muslim school the go-ahead to split students into male and female groups.

© AFP 2021 / NICOLAS ASFOURI
Fashion Police: Swedish Cops Back Burka Ban
The independent Muslim school al-Azhar in Vällingby in Stockholm has been given the exclusive right to conduct gender-specific teaching, Swedish trade newspaper Lärarnas Nyheter reported. Earlier, the Swedish School Inspectorate allowed the school to separate boys from girls in both sports and mathematics classes for religious reasons, despite the fact that the country has had mandatory co-education for decades.

One of the given reasons is that the female pupils did not want to have to wear veils during PE, which is obligatory among Islamic fundamentalists as long as men or boys are nearby.

"Some of our girls want to be able to take off their headscarves and wear shorts and t-shirts during classes. This would be difficult if their male peers or male teachers were around," PE teacher Nina Da Mata explained.

© Flickr / Yale Rosen
Near Eradicated Disease Strikes Back: TB Outbreak in Swedish Refugee Centers
The Swedish School Inspectorate, however, brushed aside all criticism and justified its controversial decision to make an exception to the rule due to religious reasons.

Håkan Larsson, a professor at the Swedish School of Sport and Health Sciences, has criticized the authorities' decision. According to him, Sweden simply does not dare to go against Islam.

"Had this been another school, the decision would have been to make the school target their gender problems and solve them," Larsson said.

The Al-Azhar school currently has 700 students and is described as "Europe's largest independent school with a Muslim profile." Everyday life in al-Azhar is permeated with Islam. According to al-Azhar's website, the school cafeteria serves exclusively halal food, and students have a place to pray during the afternoon break.

The size of Sweden's Muslim community remains a matter of debate. Estimates range as high as 500,000 practicing worshippers in a country of almost 10 million. The reason for the dispute is that registration by personal belief is illegal and regarded as "discriminatory."