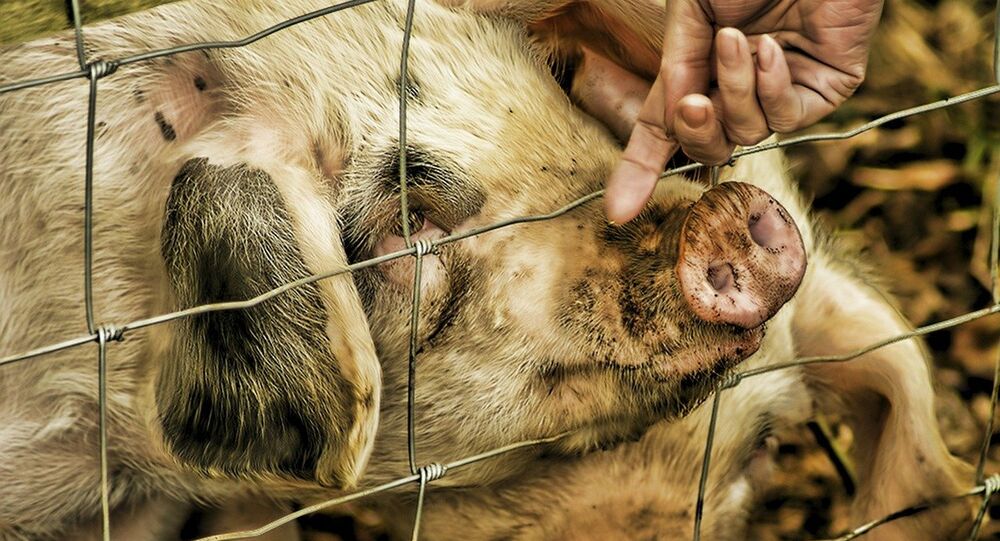 Scientists have produced the first human organ in a pig, however campaigners believe there are more humane ways to do this.

Researchers in the US have started to grow human organs in pigs, in a bid to help increase the number of transplants available. It has already been revealed that they have produced their first, part-human, part-pig embryo.

The research began at the University of California, Davis, by Professor Pablo Ross, in order to help increase the number of transplants available for human use.

How to grow human spare organs inside pigs — and why you'd want to https://t.co/HlEvPkFijl pic.twitter.com/cYjQ8Ms1gi

The scientists combined human stem cells and pig DNA, allowed the embryos to mature for 28 days before terminating the experiment and analyzing the tissue. It is believed that if the experiment had been allowed to continue, the animals would have developed a human organ, which could be used for transplants.

However, campaigners have spoken out about the practice calling it "backwards" and suggesting that there must be more humane ways.

Science Policy Advisor, Dr Julia Baines, from PETA believes that this system is not only bad for humans but also for animals, who of course feel pain.

"Creating human-animal hybrids is bad for people and worse for animals. To create animals containing human material, animal mothers undergo invasive procedures to harvest their eggs and implant embryos. These animals have exactly the same capacity to feel pain and to suffer as any other animal, including humans," Dr Julia Baines told Sputnik.

We don’t need the “frankenscience” of growing human organs in pigs. #EndAnimalTesting

This view is shared by Joyce D'Silva, ambassador at Compassion in World Farming, who believes the best solution for a lack of transplants is for people to sign up to have their organs used if they die.

"Every country will have its own system — at least every country should have a system whereby people can donate their organs. People waiting for organs can endure a horrible time. If we don't support them by signing up to donate our own organs we are failing in our common humanity," Joyce D'Silva told Sputnik.

For campaigners this next step in organ transplant is a backward one and is only contributing to the unnecessary deaths of thousands of animals.

"To understand more about human development and human diseases, the world's most forward-thinking scientists are developing and using methods that supersede the crude use of animals and are actually relevant to human health. These modern methods include sophisticated tests using human cells and tissues and innovative biotechnology such as organs-on-a-chip which replicate human physiology, diseases and drug responses more accurately than experiments on animals do.

With more investment and use of humane, cutting-edge technology, we'll have much better science than the monstrous 'frankenscience' of creating human-animal hybrids," Dr Julia Baines, told Sputnik.

PETA scientists strategize ways to increase use of non-animal testing to save animals from painful lab tests. https://t.co/pMEGmbjWsO

"We already slaughter 1.3 billion pigs every year just to eat them. Most of them are kept in the horrendous conditions of the factory farm. Pigs bred for organs will be kept in even more sterile conditions in huge factory-farm-like laboratories, enduring lives of misery until they are killed for their organs. So this research will add to the total burden of animal suffering in the world," Joyce D'Silva told Sputnik.

The use of animals in research is a much debated topic and the US medical research agency. The National Institute of Health, recently banned funding into experiments like this, but for the scientists involved in this study the solution is simple, and it all appears to be part of the circle of life.

However, Joyce D'Silva believes that there is a solution and it relates to the latest 3D-printing technology.

"In the future, I think technology — like the development of 3-D printing — will enable scientists to grow human organs from stem cells in laboratories without using an intermediary like a pig. That's the way forward for science," Joyce D'Sliva told Sputnik.

Got 2 Hours and 47 Minutes Free? Print Yourself a Person