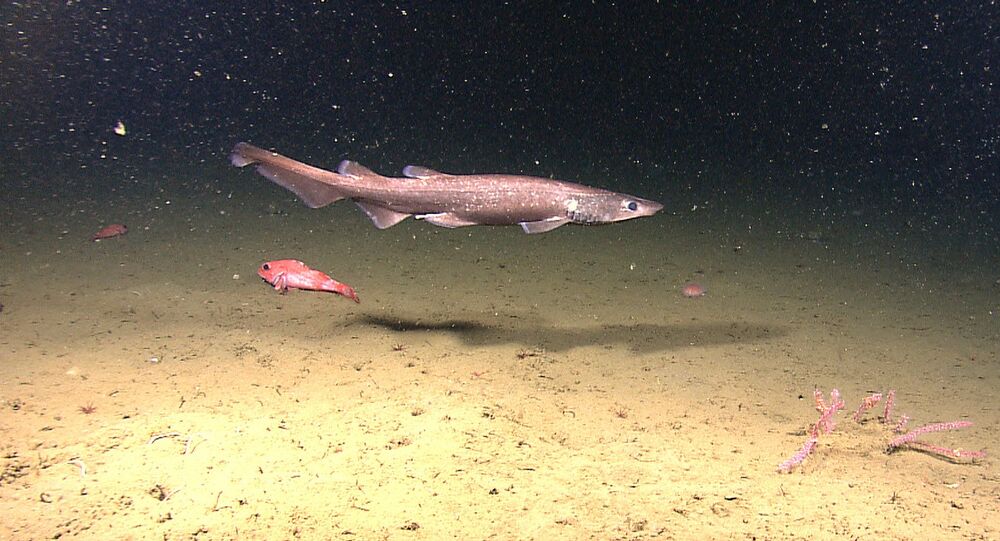 Scientists from the American Museum of Natural History have managed to create a camera that helps humans to perceive the world as catsharks do.

© Photo : YouTube/oceanexplorergov
Bizarre 'Alien' Creature Found Miles Undersea in Deepest Ocean Trench (VIDEO)
Having studied specimens of catsharks from various corners of the world, such as the swellshark from the Pacific Ocean and chain catshark from the Atlanic Ocean, the researchers have determined that the creatures are capable of seeing the bright green biofluorescent patterns that they emit. Furthermore, it turns out that the contrast of these patterns increases as a catshark descends deeper into the ocean.

In order to further their research, the scientists have designed a camera which allows a human to see in the same spectrum as the catsharks, and proceeded to commence several night dives to record the animals and collect valuable scientific data, publishing their findings in the journal Scientific Reports.

"We've already shown that catsharks are brightly fluorescent, and this work takes that research a step further, making the case that biofluorescence makes them easier to see by members of the same species. This is one of the first papers on biofluorescence to show a connection between visual capability and fluorescence emission, and a big step toward a functional explanation for fluorescence in fishes," said John Sparks, a curator in the American Museum of Natural History's Department of Ichthyology and co-author of the study.

The scientists are now trying to determine whether these sharks can also perceive other biofluorescent creature species and if they do, how do they utilize these abilities.