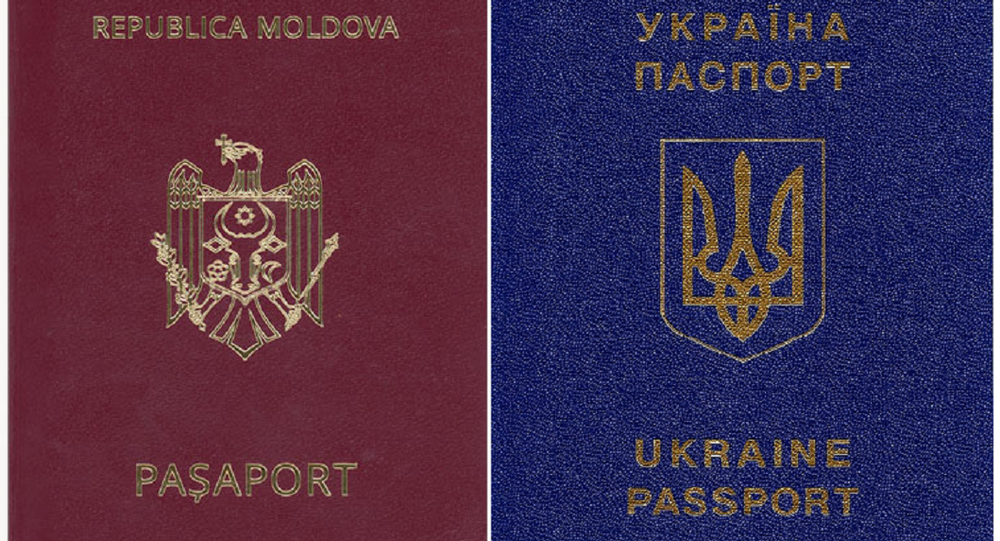 By Illegal Means if Necessary: Ukrainians Use Fake Passports to Enter EU

A lot of Ukrainian citizens are forging fake Moldovan passports, desperately trying to get into the European Union (EU) without a visa, the Ukrainian Pravda newspaper said.

Ukrainians are using illegal ways to obtain Moldovan passports. Over the past five years, over 1,200 Ukrainians have become citizens of Moldova.

Between 2011 and 2015, 216 cases of "fake" Moldovan passports have been identified and along with another 41 attempts to illegally obtain Moldovan citizenship, the Ukrainian newspaper said, citing the Moldovan anti-corruption website Anticoruptie.md.

© Sputnik / Maksim Blinov
EU to Palm Off Ukraine With Membership Promises for at Least 20 Years - Ukrainian Communists
Now the problem arises when Ukrainians, who aren't ethnic Moldovans or have Moldovan ancestry, falsify documents and try to get the passport. Then it cost anywhere up to €2,000 and a series of illegal schemes, the source said.

The second option is to get a fake Soviet passport of the Moldovan Soviet Republic. Armed with this antiquated document, Ukrainians can then apply for a new Moldovan passport. The scheme to obtain a false Soviet passport isn't easy and requires a great deal of money and effort.

There are a lot of illegal passport forging-services available in Ukraine. One can simply find people online using social media who claim that they can help with forging fake Moldovan passports. Fees for their "services" vary and some of them are scammers who vanish a second a person sends them the money.

Moldova has privileged visa-free access to the EU through the union's Eastern Partnership project.

14 Detained Outside Moscow for Preparing Fake Passports for Daesh Militants

Dutch Vote on Ukraine: EU or No EU