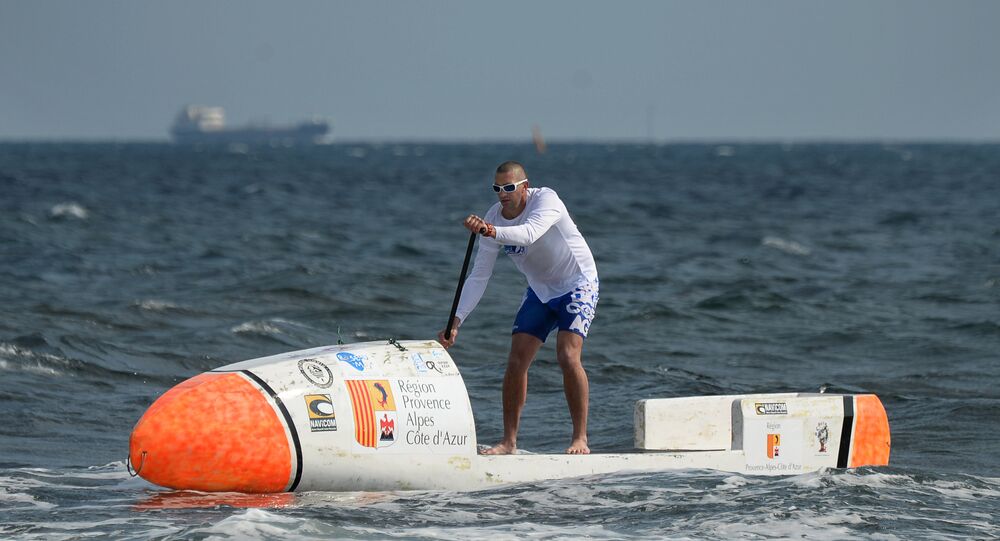 Frenchman Nicolas Jarossay is set to do something truly extraordinary and what many think is impossible – to cross the Atlantic Ocean on a stand-up paddle board, AFP reported.

Jarossay set off on his ambitious trip earlier today from Praia on the Cape Verde coast and if everything goes well, he's expecting to reach the island of Martinique in the Caribbean in about two months.

The 38-year-old Frenchman is a firefighter and an endurance athlete, so he is most likely in better shape than 99.9 percent of people.

Jarossay used a modified paddle board, which is seven meters long and 83 centimeters wide. The adventurer's board is almost double the length of a classic paddle popular among many beachgoers across warm seas.

The bigger board was needed to build a small "cabin" area for short naps and store food.

​The Frenchman was planning his trip for three years. At first he wanted to use a guide vessel to help him, but then opted to go alone after having a nightmare.

"I'm out there in the ocean paddling with my food on board the SUP for the day and a heated argument breaks out with the people on the boat who take off and leave me in the middle of the Atlantic," Jarossay said, adding that's why he decided to go alone and rely only on himself.

If Jarossay successfully crosses the Atlantic Ocean he would break a previous world record set by US paddler Alex Linnell, who paddled the entire length of the Mississippi River.