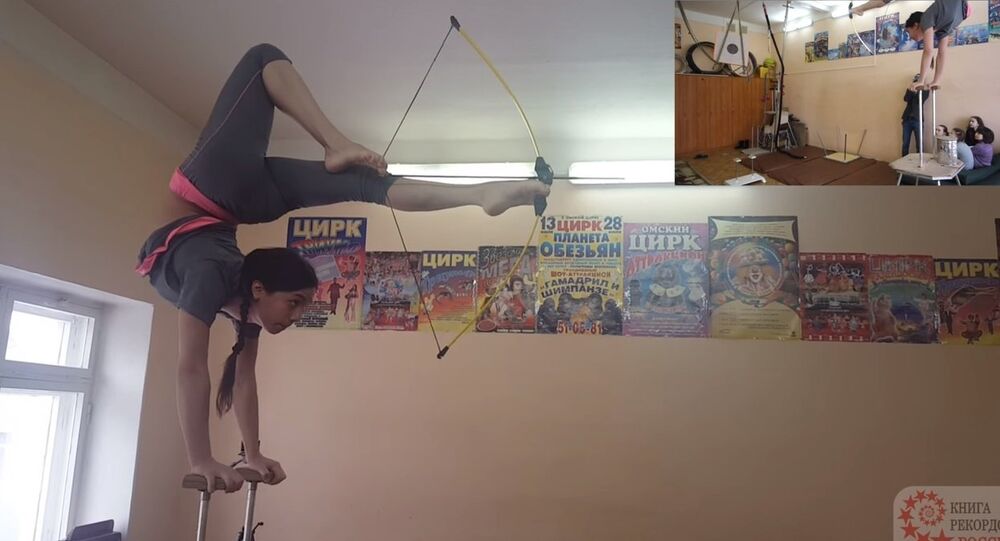 Russian athlete Anna Belysh set a 'record' in hitting targets with arrows while standing on her hands and firing a bow with her feet.

While no standard exists for contortionist archery skill, Anna Belysh of Russia's Omsk was able to hit targets while standing on her hands with a mean deviation of 5.29 centimeters from the bull's eye, and the closest hit at only 2 cm away.

"This is a phenomenal result! In inexperienced archer cannot repeat this result even using hands," editor-in-chief of the records book told LifeNews.

© Photo : Youtube / trk-bratsk.tv
Don’t Mess With Grandma! 90-Year Old Woman Helps Catch Thug
Belysh shot from a distance of around three meters, although the "world record" is around twice that, at 6.09 meters, shot by Inka Siefker.

Publishers of record books generally receive revenue from both the sales of their copyrighted books and fees paid to record adjudicators.

The "Russian Book of Records," which observes records through online videos only charges fees for videos over 30 minutes long, compared to Guinness, which charges from $7,500 to over $20,000 for companies and up to around $500 for individuals, although its video evaluation is similarly free.

Belysh is an experienced record-setter. At age 10 she did 1,500 push-ups in 52 minutes, and at age 13 pulled two passenger cars weighting a total of 2.5 tonnes with a truss.