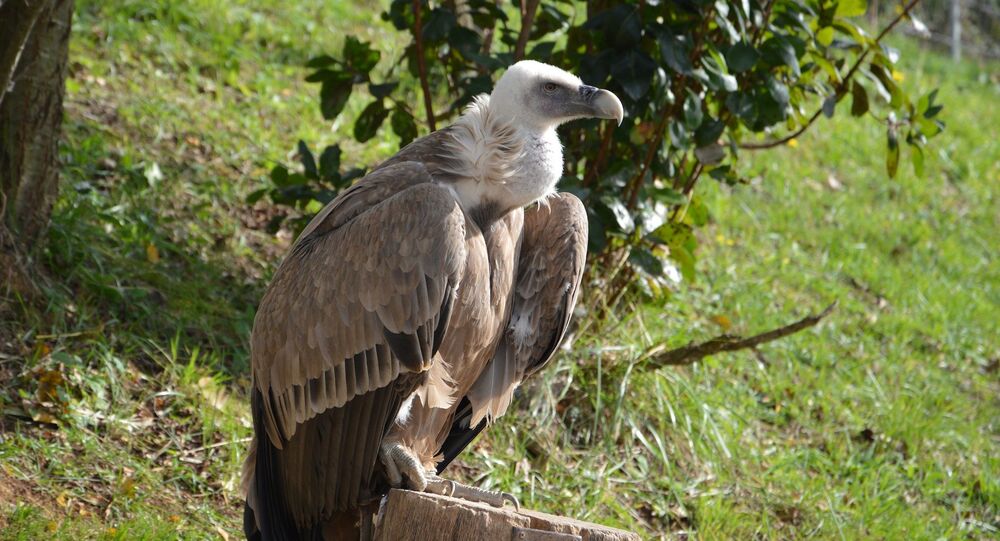 The Lebanese government returned a vulture, which it mistakenly thought to be a Mossad spy, back to Israel, according to the radio station Reshet Bet.

Earlier this week, residents of the Lebanese town of Bint Jbeil caught a griffon vulture which had a GPS transmitter. People thought the bird of prey belonged to the Israeli Special Service and that it flew to Lebanon to gather intelligence. Bint Jbeil is about 4 km away from Israel's border.

"Reports passed to us show the vulture tied with a rope by local people who write that they suspect Israeli espionage, apparently because of the transmitter attached to him," Israel's nature reserve authorities were quoted as saying, according to the Guardian.

However, when members of the Lebanese Secret Service inspected the bird, they found out that the GPS chip was not a spy tool, but simply a tracking device.

© Flickr / Vishvendra Rai
Mossad Cracks ISIL, Al-Qaeda Codes – Book
Israeli ornithologists were contacted who immediately identified the bird based on its description and pictures. Turns out, the bird of prey was brought to Israel from Spain last year to increase the population of griffon vultures in the country, the source said.

After Lebanese authorities learned that the vulture was not a ‘spy' working for Israel, the bird was set free in the same area it was caught, CNN said.

A similar incident occurred in 2001, when Lebanese authorities caught an eagle, which had a metal ring with Hebrew writing on it attached to the bird's leg. Needless to say, the eagle was accused of being an Israeli spy. Later investigators discovered that the metal ring on the eagle's leg was attached by ornithologists to track the bird's location.

Things have been tense between Israel and Lebanon. In the beginning of January, Israeli troops shelled border areas in southern Lebanon in response to an ambush against an Israeli military vehicle.

The UN resolution 1701 calls on Israel and Lebanon to maintain a ceasefire since the 2006 conflict between the two countries.

Eagle Takes Down Drone in Midflight