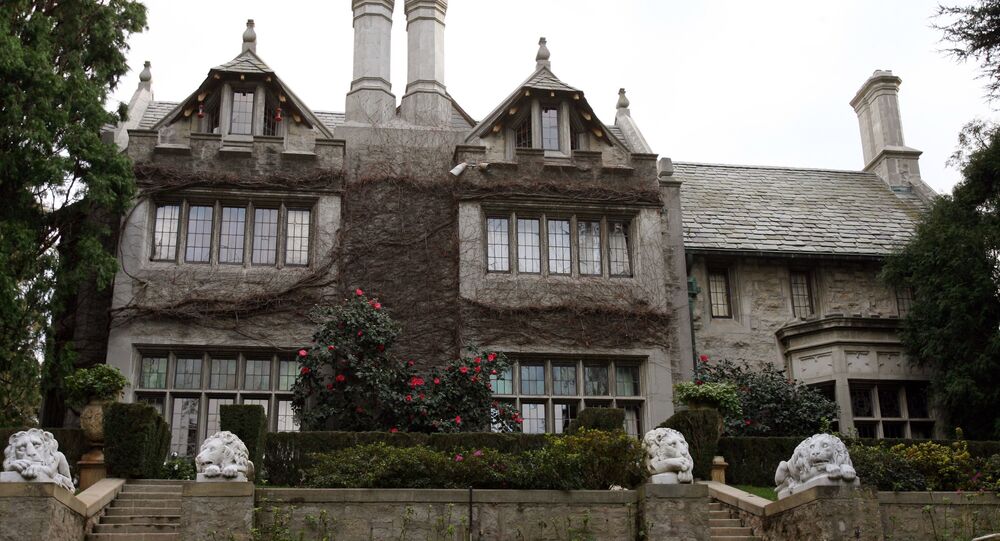 The notorious Playboy Mansion, now listed for sale at $200 million, offers the successful purchaser not only the currently most-expensive home in America, but the opportunity to intimately get to know the old owner.

“The crown jewel of L.A.’s ‘Platinum Triangle’ situated on 5 picturesque acres in Holmby Hills, The Playboy Mansion is a nearly 20,000-square-foot residence that is both an ultra-private retreat and the ultimate setting for large-scale entertaining,” an online listing effuses.

The Tudor-style mansion was built in 1927, and, since its purchase in 1971 for $1.1 million, said to be the highest price paid for a personal residence in the United States at the time, has set the stage for numerous Playboy events. The mansion has, among other appointments, 29 rooms, a home theater and a picturesque swimming pool with a grotto. The later is renowned for well-attended private parties of the rich and famous.

The structure and surrounding grounds are also licensed as a private zoo.

The price makes it the most expensive piece of private residential real estate in the United States.

An especially intriguing aspect to the Playboy estate sale listing is that the current owner, Playboy founder Hugh Hefner, will remain in residence, according to Forbes.

“He almost never leaves home and refuses to change anything in the mansion, so the whole place feels like it’s stuck in the 1980s,” Carla Howe, 25, a ‘playmate,’ claimed in an interview to the British tabloid the Sun. “There is no velvet or gold and all the carpets are brown and curling.”

Beginning March 2016, in a radical redesign, print issues of the world-renowned entertainment and lifestyle magazine Playboy will no longer contain nude images of women, an official announcement published last fall read. It’s a first for Playboy’s 62-year publishing history that began with an eye-opening series of naked photographs of Marilyn Monroe.

For Sale: Princess Diana and Dodi Al Fayed's Mansion up for £70 Mln