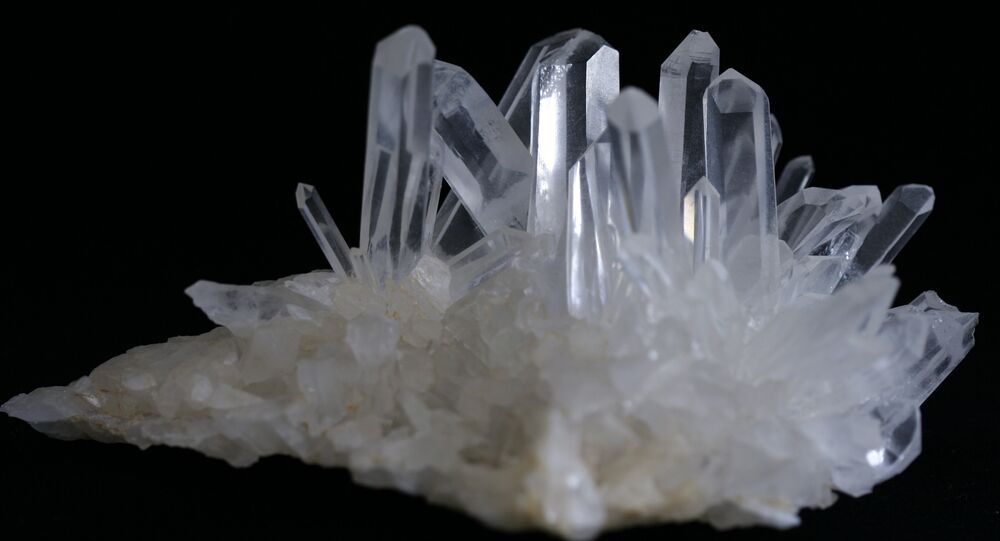 Researchers from Canada and the United States have proposed a new type of crystal, whose elements remain in a perpetual state of motion, media reports said.

© CC BY-SA 2.0 / Carl Drougge / Circuit board
Siberian Scientists Make Step Toward Building Faster Optical Computer
A new kind of crystal whose elements dance around each other has been proposed by theorists from the United States and Canada, according to a study published by the journal Physical Review Letters.

Conventional crystals are typically defined as solid arrays of static components, where the atoms line up in an orderly way.

Now scientists have proposed a new kind of crystal in which the order is based on the orchestrated movements of this crystal's components, such as orbiting satellites.

© Photo : physics.aps.org/L. Boyle et al
Dance diagram for math geeks. In these two-dimensional choreographic crystals, the arrows show directions of particles, arrayed initially on a triangular lattice, that move in straight lines from blue to yellow to pink

The scientists described such type of symmetry systems as "choreographic crystals", creating a formal theory to categorize them.

The scientists admitted that they do not know whether these "dancing" crystals actually exist in nature, but suggest that the motions of atomic nuclei or electrons in solids could be coordinated in this way.

To examine this in detail, scientists can use a spate of diffraction methods, including those conducted with the help of X-ray analysis, the researchers concluded.