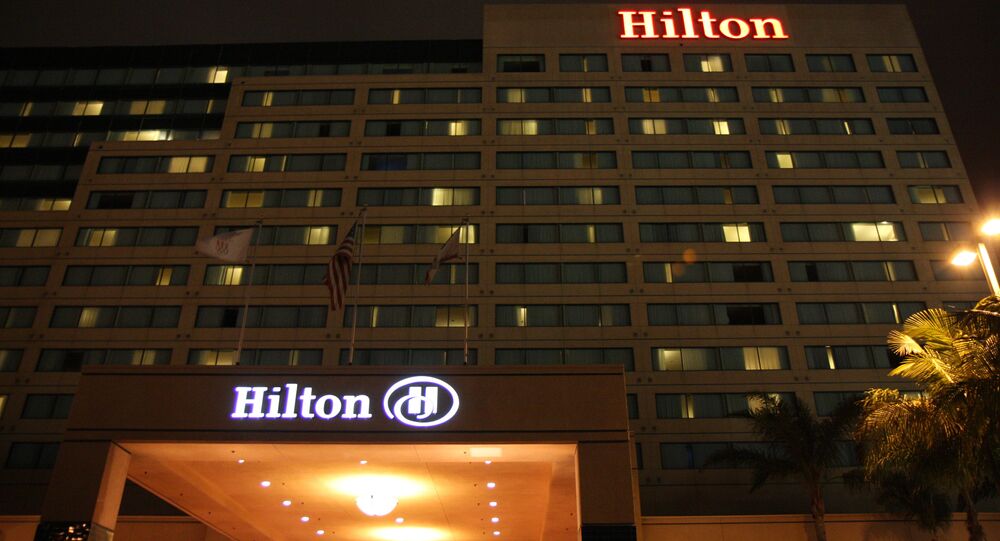 Hilton Worldwide has released a statement that several of the hotel chain's locations experienced cyberattacks and that there is a possibility that its customer data was compromised.

"Hilton Worldwide has identified and taken action to eradicate unauthorized malware that targeted payment card information in some point-of-sale systems. Hilton immediately launched an investigation and has further strengthened its systems," the company said on Tuesday.

Hotel representatives did not state whether hackers obtained customer credit or debit card data, however, all guests who made cashless payments between November 18 and December 5, 2014, or between April 21 and July 27, 2015, were strongly encouraged to closely examine their card statements for possible suspicious activity.

© Flickr / Thomas Hawk
Former Anonymous Hacker: Governments Do Nothing About ISIL on Social Media
In the United States, as well as globally, cyberattacks have increased. On November 10, the US Department of Justice indicted three people on charges of conducting cyberattacks on several financial institutions, including the JPMorgan Chase bank.

The defendants allegedly targeted pharmaceutical companies, online casinos and electronic currency exchanges as well, which illicitly brought them hundreds of millions of dollars between 2007 and 2015.

US Govt Security Failing to Keep Up With Growing Cyber Threats