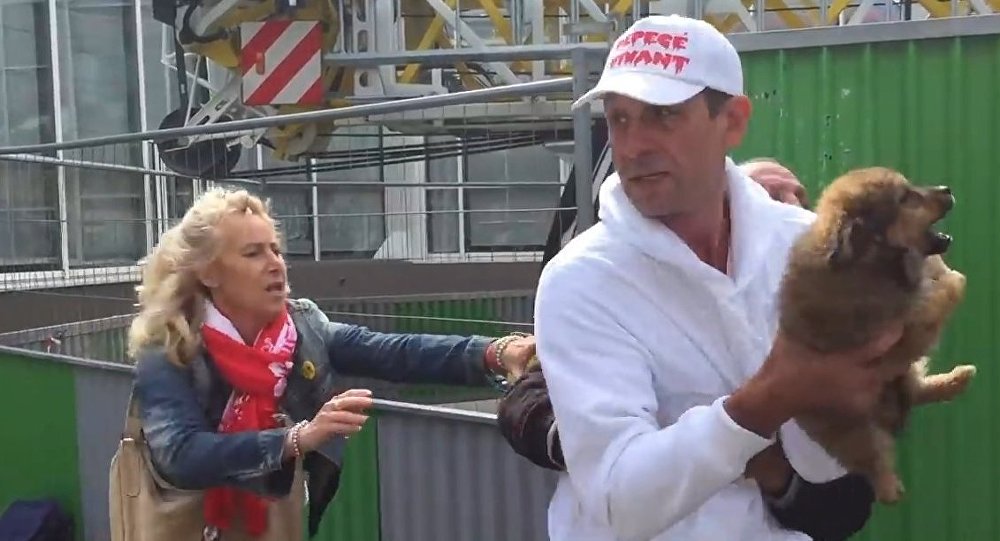 The alleged representatives of the French animal rights group Cause Animal Nord have been caught on camera in Paris wrestling a middle aged homeless man as they steal his puppy.

The video was uploaded to Facebook by witness Nghi Le Duc on September 19. It has since been viewed more than 1.2 million times and shared over 29,658 times.

The female can be heard shouting at shocked onlookers as the dog’s owner runs down the street after the thief.

Since then the animal rights group responded to the video and the comments it had stirred saying that they took the dog from a Roma who was begging.

“We took it from a Roma who was begging. The police do nothing, we act. You too can take action; it just takes a little courage.

“[The dog] will be put up for adoption,” 9news reported.

The animal rights group went even further suggesting that the guy wasn’t homeless but a Roma and he was screaming because the puppy was his livelihood.

Such an allegation was slammed by Facebook users who saw this as prejudicial.

The homeless man displayed more humanity & compassion by taking care of a puppy then #CauseAnimalNord who stole a puppy away from the man.

The incident caused an outcry with nearly 60,000 people signing a Change.org petition calling for an investigation into Cause Animal Nord.

The petition says that by taking the dog “they went too far” and calls for the group to provide evidence the dog was drugged.

“Nowhere (in the group's rules) is it stated that they have the right to remove without notice any animal or by attacking a homeless violently to take his pet (a puppy),” the petition states.

Good Night, Everyone! Watch Different Animals Getting Their Z's

Bless You! Sneezing Animals From All Over the World