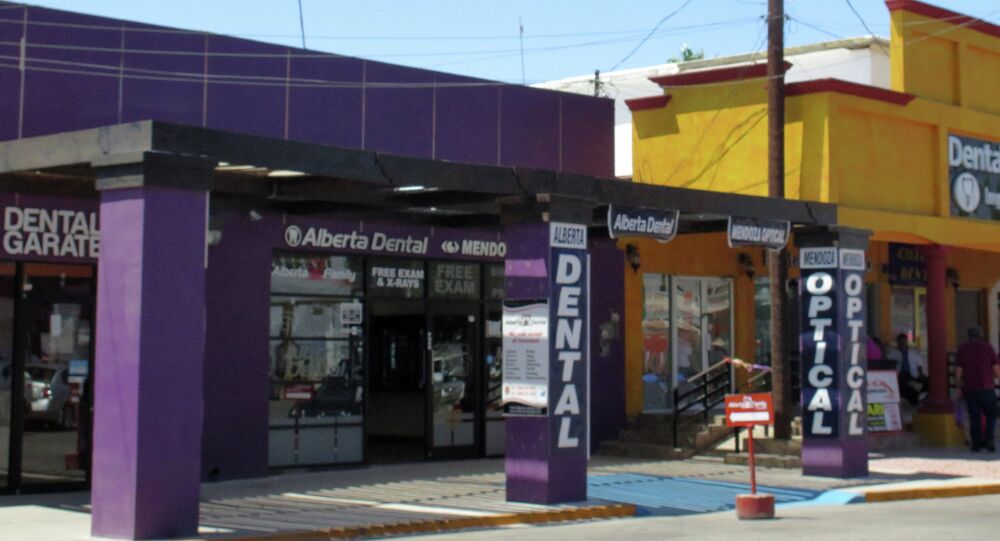 US Seniors Head South of the Border for Affordable Dental Care

A trip to the dentist - abroad - is becoming increasingly popular among Americans, particularly senior citizens, who face unaffordable medical costs and a complex insurance system. But how much can a typical uninsured American save by seeking dental care in Mexico? The answer may surprise you.

While 60% of all Americans — the highest proportion in decades — are covered by dental insurance plans, around 70% of retired Americans aren't insured, according to the Oral Health America study. Medicare, the federal program that covers Americans aged 65 and older who have worked and paid into the system, doesn't cover dental work, and so as soon as a person retires, any employer-sponsored dental coverage he or she had while working disappears.

Moreover, with the Affordable Care Act — better known as Obamacare - dental services are provided only for those who bought a general health coverage plan, for which seniors usually have no need.

English-speaking dentists in Mexico often accept US insurance and offer all their services at a dramatically lower price than their colleagues to the north, the Associated Press reported, prompting many elderly Americans to flock to places like the border town of Los Algodones, where dentists stay a huge percentage of their clientele are US seniors.

Mark Bolzern, 56, from Anchorage, Alaska, traveled 3,700 miles to see a dentist in Los Algodones, where he spent $3,000 for major dental work he was told needed to be done by a private dentist in Alaska. Bolzern had been quoted $65,000 for the work, which included raising his teeth and crowning every molar.

That's a savings of up to $62,000, or 95%. Bolzern has returned several times for additional dental work.

The price for dental care services in the US have skyrocketed in the last twenty years and continue to rise every year at a rate of 5%.

Because of a cheaper labor force and less strict health care policies in the country, Mexico has much lower costs. Texans living in El Paso and other border towns often make the short trip south for basic medical needs and to fill prescriptions, which are often a fraction of the cost.  Some businesses even offer shuttle service to and from Phoenix, in Arizona, nearly 200 miles north of Los Algodones.

Nearly 1 in 5 seniors live at 149% of the poverty level and below. Little funds available to pay for #dental care.

American dentists warn US citizens they should do exhaustive research before sourcing medical care abroad. Different countries use different types of equipment, and some items, like implants, may not come with warranties. Medical malpractice lawsuits, which do much to ensure quality of care in the US, may not be an option abroad.

Dentists in Los Algodones admit they spend less time in school than their US counterparts, but adhere to the same safety and cleanliness standards.

"Everything, the quality, is very similar to the United States," Jose Obed Zuсiga, a dentist who opened a dental clinic two years ago, told the AP. "We see the work from the United States, and it's very competitive."

Medicaid Suffers Massive 33Mln Fraud in at Least 4 US States