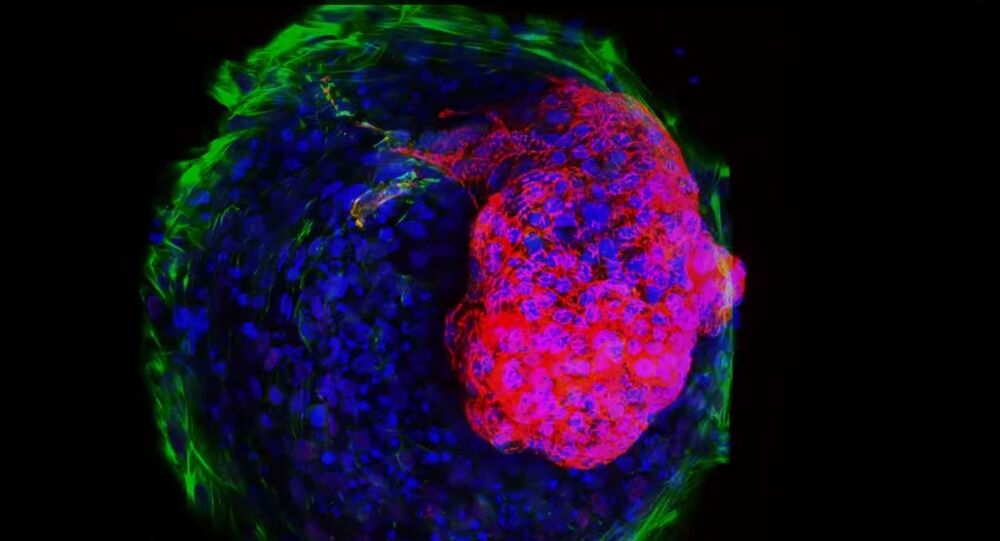 The creation of artificial human hearts has never been closer to reality, after researchers at the University of California, Berkeley, together with their colleagues at the Gladstone Institutes, invented a system similar to that which keeps our blood flowing, which can make pregnancies much safer in future.

They used biochemical and biophysical cues to prompt stem cells to differentiate and self-organize into micron-scale cardiac tissue, including microchambers. As researchers noted in the study, published in the journal Nature Communications, the “model” will be firstly used as a “drug-screening tool.”

"This technology could help us quickly screen for drugs likely to generate cardiac birth defects, and guide decisions about which drugs are dangerous during pregnancy," said Kevin Healy, a UC Berkeley professor of bioengineering.

The researchers exposed the cardiac tissue to thalidomide, a drug that has the potential to cause severe birth defects. They found out that even at normal doses, the drug caused a series of abnormalities in heart development, including decreased size, problems with muscle contraction and lower beat rates.

"Each year, as many as 280,000 pregnant women are exposed to drugs with evidence of potential fetal risk,” senior investigator at the Gladstone Institute of Cardiovascular Disease Dr. Bruce Conklin said. “The most commonly reported birth defects involve the heart, and the potential for generating cardiac defects is of utmost concern in determining drug safety during pregnancy."

The authors of the study estimate that the artificial heart could be used in all scientific experiments in the future, replacing animals’ hearts.

"The fact that we used patient-derived human pluripotent stem cells in our work represents a sea change in the field," Healy said. "Previous studies of cardiac microtissues primarily used harvested rat cardiomyocytes, which is an imperfect model for human disease."

The team added that there is great potential for use of this technology for modelling a broad range of tissues, which will allow for the study of the development of other internal organs.