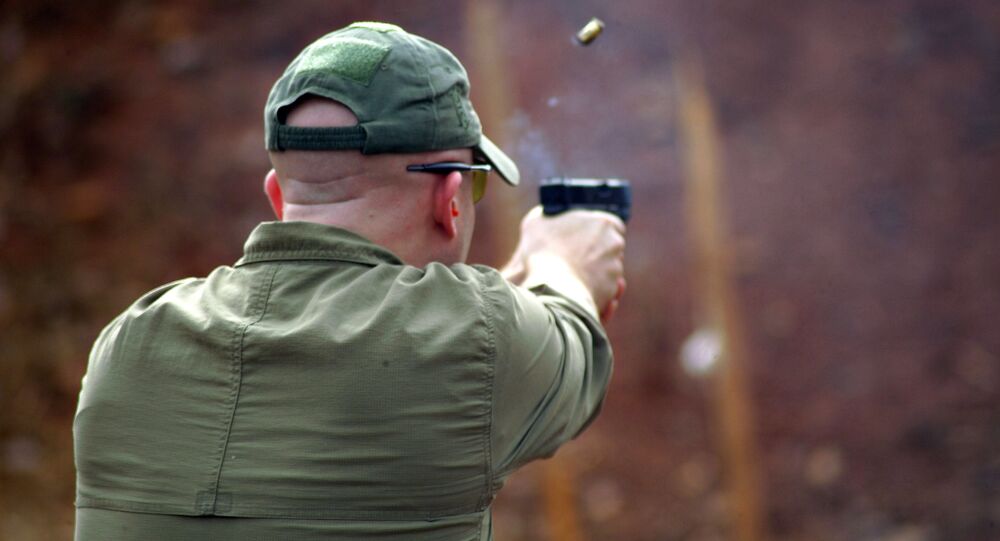 Since President Barack Obama tried to pass stricter gun control legislation in the wake of the Sandy Hook massacre in 2012 that left 28 people dead, the gun industry’s production has doubled in size.

The American firearm industry has seen an unprecedented surge that has sent production of guns soaring to over 10.8 million manufactured in 2013 alone, the Washington Times reported.

The surge began in the first half of 2013, suggesting that President Obama’s push for stricter gun control has backfired, boosting the industry despite the enforcement of stricter laws in New York, Maryland, Connecticut and California.

California alone had a record high number of processed gun-purchase background checks, reaching to around 200,000.

© Flickr / brian.ch
Over 10% of US Firearms Owners Have History of Mental Instability

"The surge in firearms sales in 2013 reflects both a long-term upward trend in shooting sports participation and [a] particular concern that year that law-abiding gun owners and those interested in purchasing a firearm for the first time could face tougher restrictions affecting access to and selection of firearms," said Mike Bazinet, spokesman for the National Shooting Sports Foundation.

Although the Sandy Hook shooting claimed the lives of 20 school children and six school staff members, efforts to impose new background checks and to ban military-style rifles and high-capacity ammunition magazines still failed at the federal level in 2013, the Times reported. The Democratic-led Senate blocked those changes and the Republican-led House of Representatives never took up any legislation.

When some states adopted new gun-control measures, several manufacturers threatened they would shift production to states seen as more "gun-friendly."

On Wednesday, President Obama reiterated his support for stricter gun laws, noting the difficulty in getting changes passed through Congress.

"What we've done is to try to do as much as we could administratively to tighten up how background checks are run, to go after illegal drug runners," President Obama told ABC News' Dr. Richard Besser during a sit-down interview at Howard University. "But I will tell you that trying to get something through Congress has proven to be very difficult. And it's heart-breaking."

The president added that most gun owners recognized the need for "common sense gun safety laws."