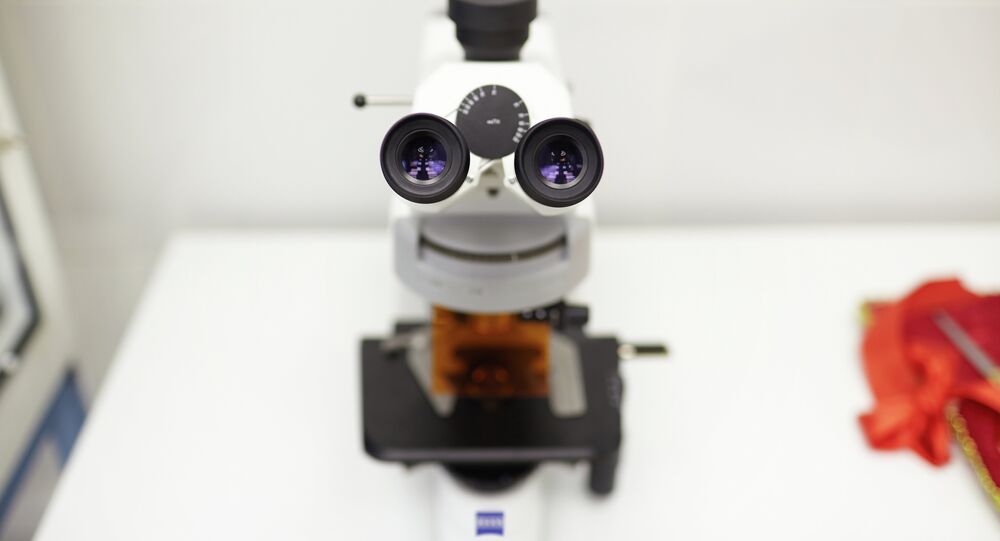 MOSCOW (Sputnik) — Researchers at the Hokkaido University Research Center for Zoonosis Control successfully tested the blood serum of Ebola infected monkeys, according to the media.

Tests on the blood serum of humans are expected to be conducted soon.

© AP Photo / Abbas Dulleh
Ebola Death Toll Worldwide Exceeds 10,000
“Early infection detection will make [Ebola patients] get treated faster and will stop the virus expansion. We will continue the research [on Ebola diagnosis kit] to use it worldwide as soon as possible,” Ayato Takadu, professor at the Research Center told journalists.

The Ebola diagnostic kit is reported to be a small, portable, energy-efficient device.

The current Ebola virus epidemic began in southern Guinea and later spread to Liberia, Sierra Leone, Nigeria and Senegal. The outbreak has killed over 10,000 people since its discovery in 2014, according to WHO.

Although there is no officially approved cure for the disease, several countries, including Russia, the United States, the United Kingdom, Canada and Japan have been diligently working on a vaccine.

In January, Russia's Health Ministry said that a Russian-made vaccine may become available in early 2016.