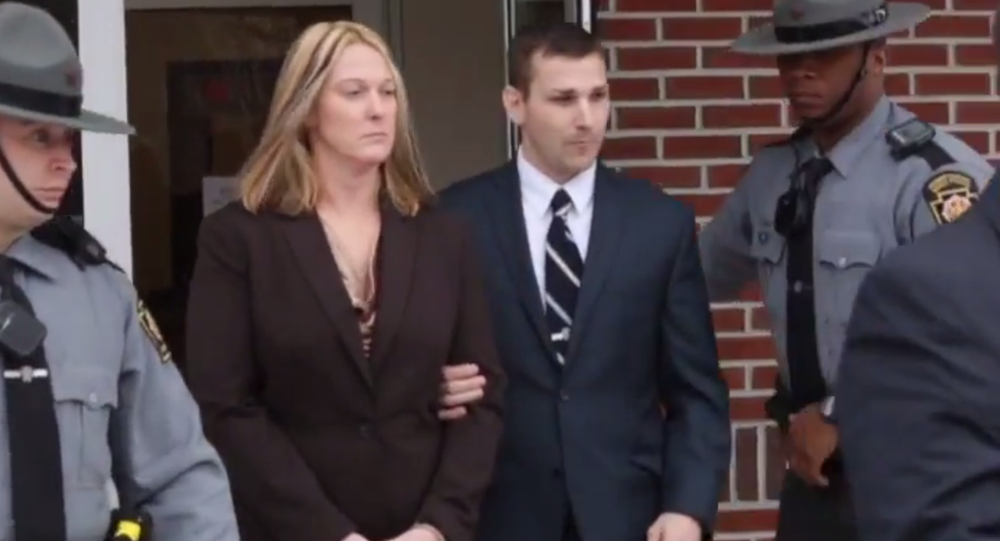 A Hummelstown, Pennsylvania police officer has been charged with criminal homicide for shooting an unarmed motorist.

Lisa Mearkle, 36, faces one felony count of homicide for killing 59-year-old David Kassick, after a traffic stop for an expired inspection sticker in February.

According to police, Kassik fled to his home, prompting Mearkle to follow him. After an altercation behind his house, the officer tased him then shot him twice in his back as he was lying face down on the ground.

Mearkle’s defense says her actions were reasonable considering the situation.

"I’m surprised that charges were filed," said Attorney Brian Perry. "She commanded, begged, show me your hands, and he kept going to his waist, and that is the question. What is she supposed to do?"

The District Attorney says the police officer was not justified for using deadly force.

"This is certainly a tragedy all around. But when police officers break the law, we will charge them accordingly," said Ed Marsico, Dauphin County District Attorney.

The criminal affidavit states that Mearkle held a taser in her left hand and the pistol in her right. Her attorney says she did that on purpose to record the incident since the taser has a video recorder on it. But the video shows Mearkle firing the shots, counting against her.

"At the time the rounds are fired nothing can be seen in either of Kassick’s hands, nor does he point or direct anything toward Officer Mearkle," the criminal complaint read.

Mearkle was taken into custody on Tuesday following her arraignment. She has been released from prison after posting $250,000 in bail. She now has to wear an ankle electronic monitor until her preliminary hearing, which is set for April 20.

US Officials’ Response to Violence Against Police Inadequate - Specialist