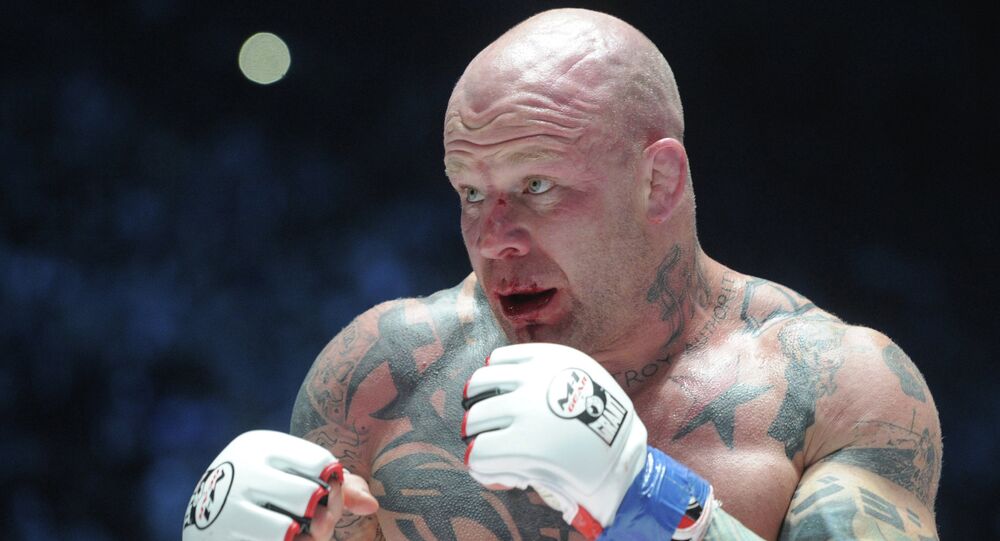 Renowned MMA fighter Jeff Monson decided to support war-torn Donbas with the money he won in a Saturday bout.

Famous Brazilian jiu-jitsu practitioner and MMA competitor Jeff “The Snowman” Monson, who won a fight in a Moscow tournament, donated his pay-check to the people of Donbas.

“The money that I received tonight from my fight is all going to Donbas. We had an agreement, I made no money tonight. If you guys could support the people, these are people who love Russia, who need your support. Children that are victims of the fight, they need our help, and so I’m donating my money, please help out as much as you can”, Monson said after defeating Vladimir Nepochatov by submission on Saturday (his speech starts at 2:50).

44-year-old Jeff Monson has competed in the UFC, M-1 Challenge, Sengoku, Impact FC, Dream, PRIDE and Strikeforce. He is a two-time winner of the ADCC Submission Wrestling World Championship and a world champion in Brazilian jiu-jitsu.

In April, Jeff Monson expressed his thoughts about the crisis in Ukraine. In September, he said he was going to apply for Russian citizenship.