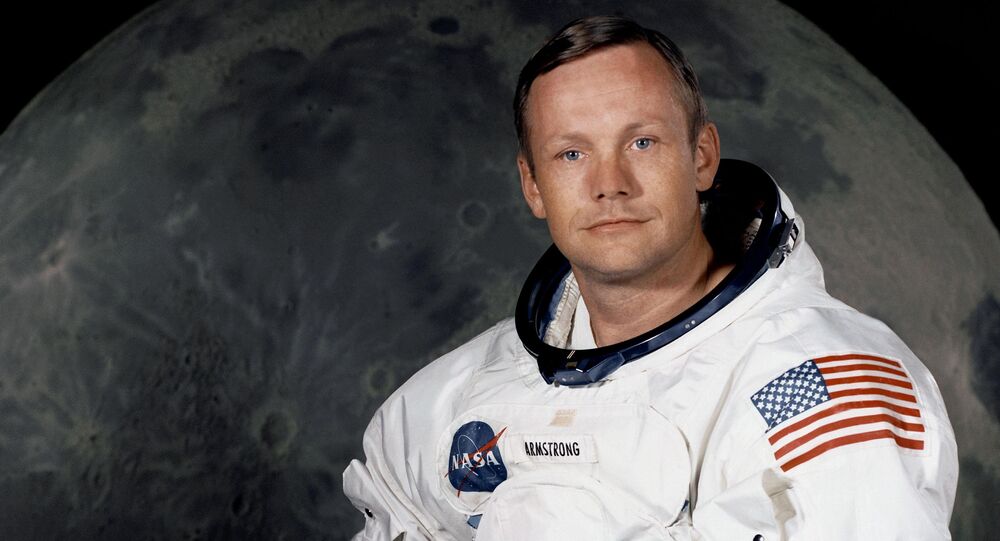 Mysterious artifacts brought from the Moon have been accidentally discovered in a closet belonging to Neil Armstrong, the legendary US astronaut.

© Flickr / Sandeep Gangadharan
NASA Unveils New Dark Side of the Moon Video
Ekaterina Blinova - Priceless artifacts brought by Neil Armstrong from his legendary Moon mission have been discovered by the astronaut's widow in one of his closets.

After Neil Armstrong's death in 2012, his widow Carol Armstrong accidentally found a strange bag made of white cloth in one of his closets. When she opened it she saw several very unusual items. Puzzled by the discovery, Carol immediately wrote an e-mail to Dr. Allan Needell, who worked at the Smithsonian's National Air and Space Museum as a curator of the Apollo collection and sent him photographs of the mysterious objects.

Taking a look at the photos the scientists immediately realized that the bag and its content could be priceless artifacts related to Neil Armstrong's epic Apollo 11 mission. The bag made of white cloth was a "purse," used by astronauts in their space missions. After further scrupulous research it was found out that the purse and the items were hardware from the Lunar Module Eagle carried to the Moon during the historic journey. Since the artifacts are among the very few brought by the astronaut back to Earth, specialists stressed that the discovery made by Carol Armstrong is of exceptional historic value.

The most valuable object is the 16mm camera with its 10mm lens that recorded Neil's Armstrong first step on the lunar surface when he said his famous words: "That's one small step for man, one giant leap for mankind." The camera was mounted behind the window of the Lunar Module Eagle and was used to film the historic landing as well as Neil Armstrong's and Buzz Aldrin's activities on the surface of the Earth's natural satellite including the planting of the US flag.

Experts thanked Neil Armstrong's family for the priceless discovery. The objects are currently on loan at the National Air and Space Museum.

US Postpones Launch of DSCOVR Mission Due to Technical Difficulties - NASA