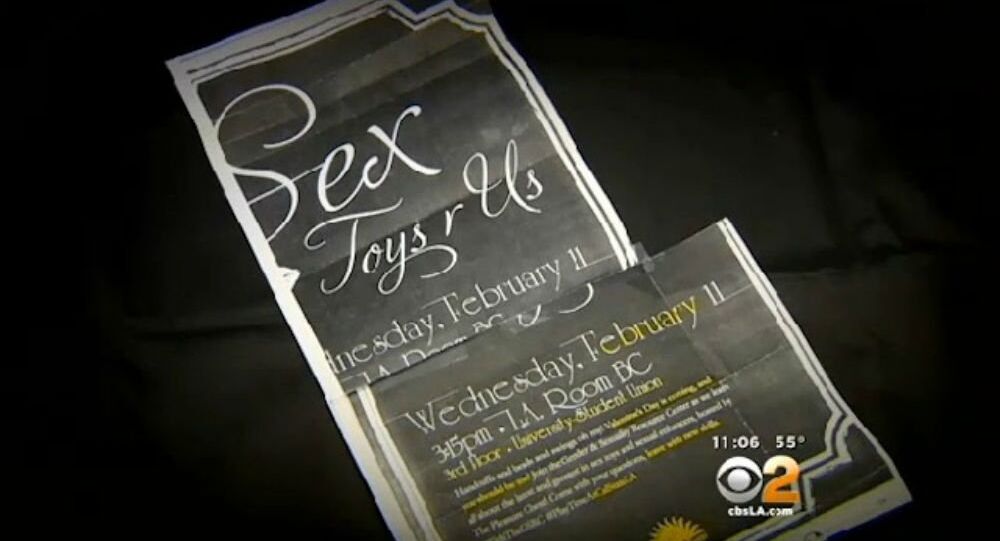 Students at Cal State Los Angeles saw their plans for a sex toys fair quashed when disapproving parents got wind of the fact that it would be paid for with student fees.

The “Sex Toys R US” event was scheduled for Feb. 11 and organized by the campus’ Gender & Sexuality Resource Center  in partnership with a local sex toys store, according to CBS2 in Los Angeles. They had printed flyers and leaflets advertising “handcuffs and beads and wings,” and were promoting the event on social media under the hashtag “#PlayTimeAtCalStateLA.

One of those flyers came home with an 18-year-old student whose mother was none too pleased about the idea, and contacted the local CBS affiliate complaining that it was “outrageous.”

The school administration was apparently unaware of the details of the event until the station reached out to them for comment. The event was then scuttled.

“This was a student-driven event, and when made fully aware, the university determined it was not appropriate, and we immediately canceled it,” CSULA spokeswoman Jocelyn Stewart, responded.

Some students agreed it was inappropriate while others thought that if it “raised awareness about things people don’t know too much about, it’s ok.”

The sticking point for outraged parents seemed to be that the event would have used money from student fees that fund student clubs and events, and one student agreed “The money can be allocated a little better than this.”

“I think it’s wrong for them, [to cancel the event],” another student disagreed, “because it is a college and we are 18 and older.”

Sputnik reached out to the center that organized the event but they said were unable to comment, referring inquiries instead to the Office of Communications and Public Affairs.