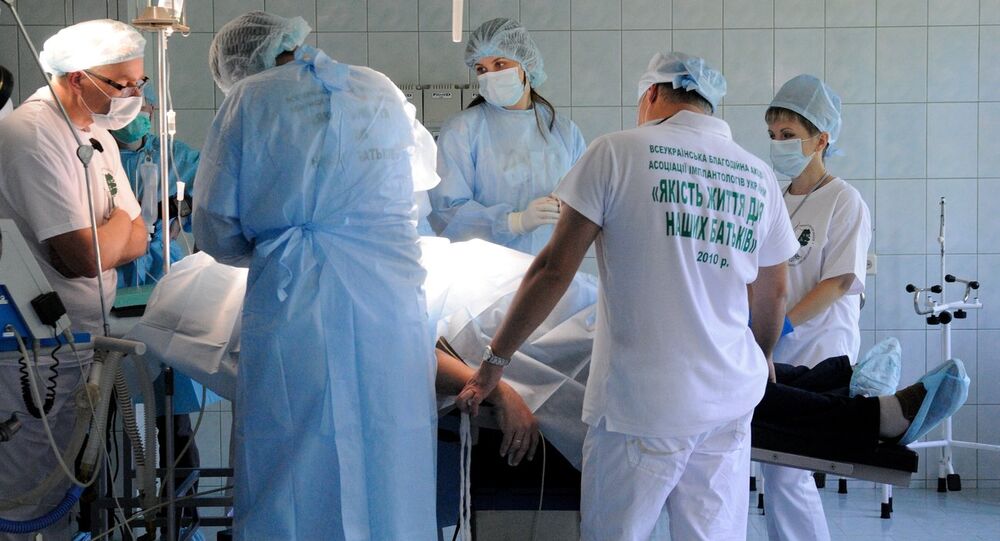 © Sputnik / Mikhail Voskresenskiy
EU Citizens Leery of Financing Corrupt Regime in Ukraine
MOSCOW (Sputnik) — In a series of interviews with healthcare system employees, the Guardian revealed Wednesday the all-encompassing extent of graft in Ukraine, ranked by Transparency International as last year's most corrupt nation in Europe.

On December 2, Transparency International published an annual Corruption Perceptions Index, ranking Ukraine at the bottom-five among Eastern European and Central Asian states, and lowest in Europe. The global index ranks countries based on opinion surveys and the perception of corruption levels by experts.

Foreign funding, including loans from the United States and the International Monetary Fund (IMF), has highlighted Ukraine's frustrated attempts to resuscitate its economy, continually on the verge of default from internal military and political crises.

A poll conducted on behalf of Sputnik found in December 2014 that over half of EU citizens did not support providing additional financial assistance to the current government in Kiev, citing excessive levels of corruption.

"It's right that the west doesn't want to give us money, that they say we're not fighting against corruption. There isn't a fight against corruption," the publication quoted Ukraine's former Health Minister, Oleg Musy, as saying.

"Sadly, owing to imperfections in Ukrainian legislation, dishonest managers can't be dismissed even for abuse of power," the Guardian quoted Kvitashvili, speaking about corruption in the country's healthcare system last month.

The publication cited Musy in its assessment of Ukraine's corrupt healthcare system as a microcosm of the country's entire economy. According to the former minister, it continues to "limp along" inexplicably, despite only receiving half the money earmarked by the Ukrainian government for its healthcare budget.

Since April, when Kiev-led forces launched a military assault against predominantly Russian-speaking independence supporters in eastern Ukraine, a number of international organizations extended more than $8 billion in aid to Kiev.

IMF Forecasts Russian Economy to Shrink by 3 Percent in 2015