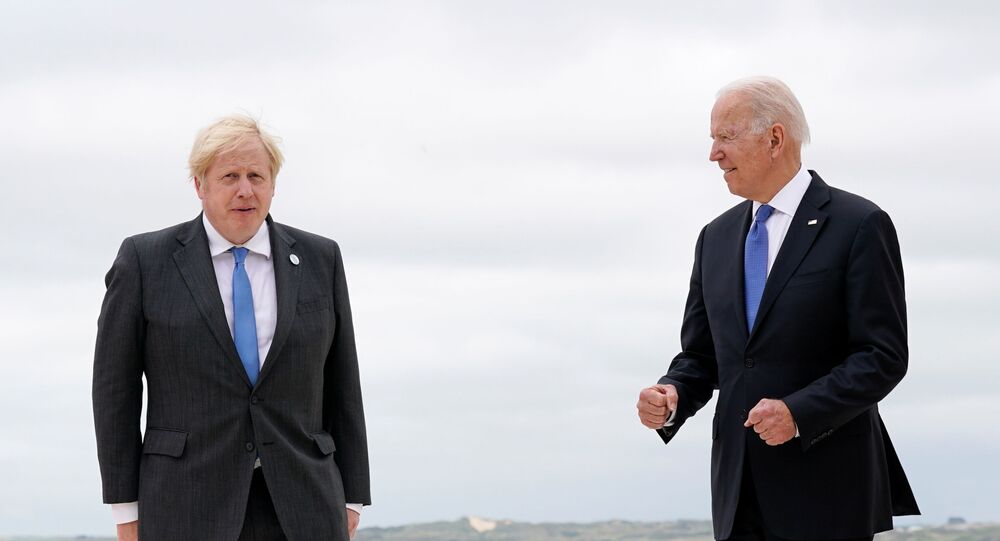 On Thursday, Biden and Johnson unveiled what they dubbed the "New Atlantic Charter," reaffirming commitments set out 80 years ago to boost cooperation against common adversaries.

"I see this as pure window dressing. The UK already marches in lockstep with the US," Ford said. "This new agreement will make no difference."

Besides, Ford said, US-UK cooperation proceeds mainly by stealth, away from the public gaze, in areas of loosely defined "security."

In the charter, the two leaders also declared their commitment to keeping NATO "a nuclear alliance." The framework, they said, will promote responsible state behavior in cyberspace and arms control to reduce the risks of international conflict.

Ford was UK ambassador to Bahrain and Syria before joining the United Nations to work on refugee issues. He also served in Beirut, Cairo, Riyadh, Singapore and Paris as a UK Foreign and Commonwealth Office (FCO) diplomat.