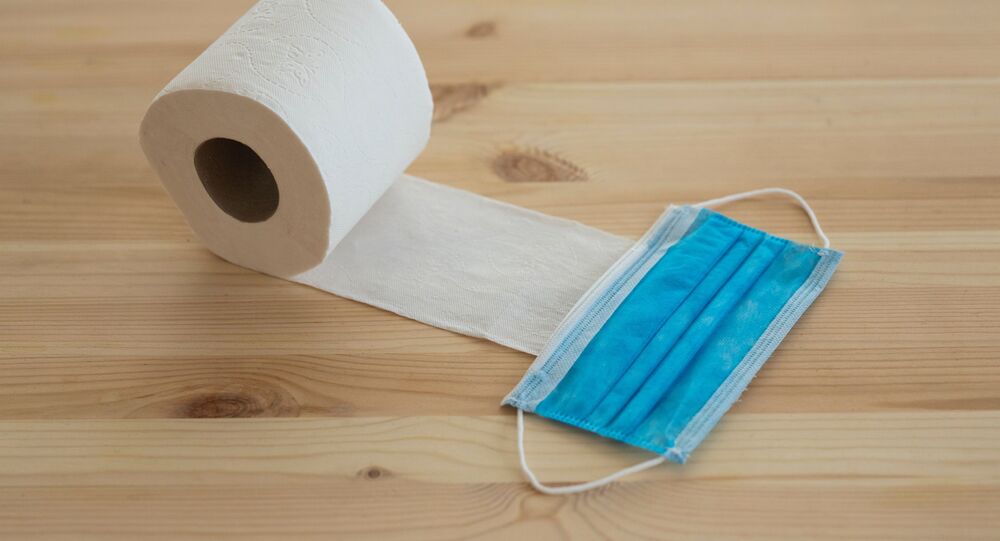 Social Scientists are discovering a brand new “coronavirus culture” which has emerged from lockdown. Alan Bradshaw, co-author of “The Dictionary of Coronavirus Culture” spoke to us about some of the new social norms that have come as a result of the pandemic.

Sputnik: What do you think are the most prominent social trends that have emerged from the pandemic?

Alan Bradshaw: Well, because I work in the field of marketing, I like to watch these trends happen through consumer culture. So some of them I think, are quite interesting in terms of what they have to tell us about what life and coronavirus culture is like.

For example, there was a big hike in sales of bicycles and gardening equipment and there was an enormous boom of people making sourdough bread for a while. Though I gathered that that's fairly lapsed off at one stage, sourdough bread was the most searched item on Google.

So we can see that there are all these kinds of waves of fads that people are doing, what's really interesting to contemplate is what the next ones are going to be. And of course, with Christmas coming, with temperatures plunging, and people having to go outdoors more to socialise, it's interesting to anticipate what will happen next.

Sputnik: Do you think lockdown has made the community more important?

Alan Bradshaw: Yeah, well, there are various interesting phenomena. So one is that there's more of an intensification of the relationships that we have with people that we’re close to. So a lot of people have found themselves bonding with their neighbours quite a bit.

Local shops are becoming more important, it feels a little bit like what it might have been like in the 1950s. I imagine that the local shops would be these points of socialising, and community engagement, those kinds of points are beginning to come back a little bit.

But I also think what's really interesting is the work that we have to do in order to reproduce the relationships that we have with people who are a bit more distant. So for example, the Zoom calls and the WhatsApp groups that we use to stay in touch with distant relatives and friends, and how we do that.

So something which is quite interesting is the new type of etiquette, some vernacular that's emerging. So for example, if I mean, we at work do meetings on MS teams, and I think it's quite significant when we're meeting, some messages are put in chat, other ones are blurted out.

And what I want to say is that each time we do something like that we're creating a new type of culture. It's a new type of etiquette. There's nothing arbitrary or random about it. We're beginning to learn how to be sensitive to creating a social world to each other. And that I think, is what Coronavirus is going to look like.

Sputnik: Do you think the pandemic has changed the way we work forever?

Alan Bradshaw: I bet there are loads of people who will want to keep it this way. But before the pandemic began, there was already a major trend towards what was being called dial-in culture, where meetings could be held across a phone bank or online.

And really, it makes a lot of sense, it ticks a lot of boxes in terms of helping staff lead work-life balances. And this can be especially helpful for people with young families, especially women, for example. It reduces the carbon footprint of the organisation and of course, crucially, it also means that organisations don't have to rent big spaces.

And of course, the cost of keeping buildings and renting buildings is an enormous cost for organisations. So the more they can facilitate this culture of staff working from home, it keeps everybody quite happy.

What's happened now in the meantime, is that a huge amount of professionals who've had the benefit of an extended period of that and that's going to be enormously transformative for many people.

Now, the good sides of it are that for those who, for example, have lengthy commutes and expensive commutes, it's had the same effect of the big pay rise, it's meant that people don't have to be so exhausted the whole time, they can spend more time at home with their family.

The downside of that, of course, is that they spend more time with the family and that can lead to quite cramped conditions. And it can you know, there are all sorts of stories of, well, domestic abuse at the worst, but at the more benign edge, people getting a little bit cranky with each other. And also people being cut off from their workplace, it can be quite a lonely existence as well.

© AP Photo / Mark Schiefelbein
Australian Study Reveals Where Coronavirus Can Survive Best
I suppose what we'll eventually see is a sorting out of what parts and you know, a kind of equilibrium between to what extent it's desirable for organisations to have their workers there and for employees to want to be there and to what extent it's better to have people outside of the workplace.

Another big aspect as well is boosts and productivity. That will happen in some sectors. Because workplaces of course can be very distracting places to be. In other cases, social dialogue is fundamental to productivity itself. So I suppose it's just going to have to be sorted out on a case by case basis.

But certainly, I do think that there is no going back to the way things used to be.