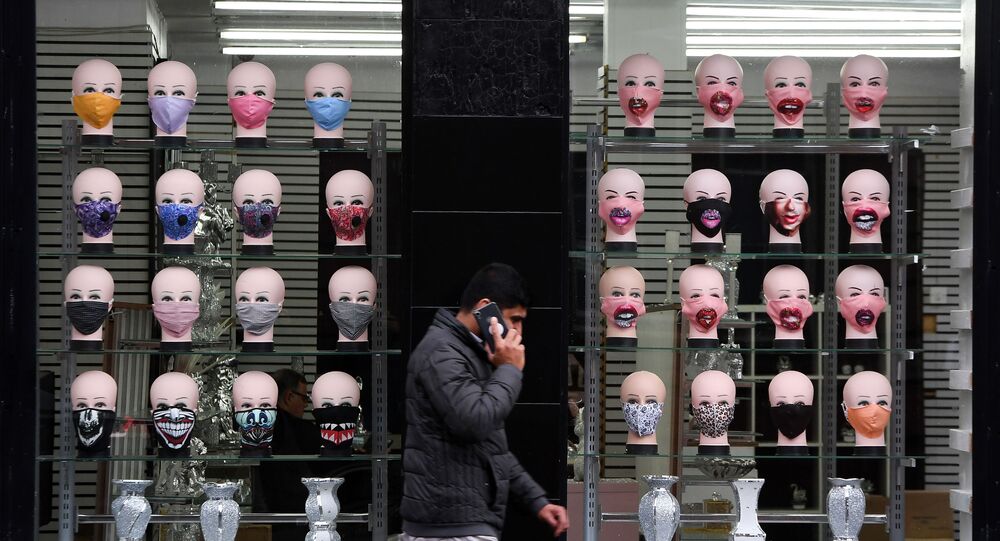 Bans on Travel Not Right Approach and the SNP is ‘Playing Politics With People’s Lives’, Says Pundit

England has come under pressure to reconsider quarantine rules for Greece after Scotland and Wales introduced new restrictions for the country in a bid to slow a rise in coronavirus cases. Looking at this story in more detail, Sputnik spoke to the Analyst Michael Swadling from the Croydon Constitutionalists, in this interview.

Looking at this story in more detail, Sputnik spoke to the Analyst Michael Swadling from the Croydon Constitutionalists, in this interview.

Sputnik: With the UK government under pressure to add Greece to its quarantine list, are blanket bans on countries necessarily the right approach to be taking?

Michael Swadling: Very much not the right approach. We have had this terrible pandemic visit us. A lot of people have sadly died earlier than would have otherwise but our real risk now is not the pandemic. Thankfully, very few people are dying, even though cases are going up. We're testing more but the there's now fewer people in hospitals and there are hospitals with this dreadful virus - we need to be getting back to normal. The great risk to this country is that we are not acting in a normal manner and anything, be it holidays, schooling, work, travel, shopping... that gets us away from normal and continues to spread that fear and dread.

People have a right to get a break and, God knows, we need a break more than we would normally. Blanket bans destroy our travel industry, hurt those countries, hurt people who have saved hard and put away for a holiday and finally get that break their family needs. For what? For what risk? What's the actual impact we're seeing here? These blanket bans just spread the fear and keep us further away from the road to recovery rather than actually help us as a country get back to normal.

Sputnik: One of the most important parts about this story is essentially the UK Government. Westminster government, led by Boris Johnson in England is being pressured by both Scotland and Wales to change their measures and follow suit with Scotland, Wales and essentially put a blanket ban on Greece. Is there something to be said here about the way in which regional nations in the UK are essentially almost pressuring England to follow suit with their policy in their individual countries?

Michael Swadling: Absolutely. Scotland, let's make no doubt about it, is playing politics. The SNP wants an independent Scotland and that's a perfectly reasonable position to take whether you think it's a good position or not. They are playing politics with people's lives in an unreasonable way to try and force that issue. They're trying to show how Scotland is different and better and can stand alone. That has an effect on placing pressure on the British government, on Boris's government. It's something we're not used to in the UK, we're not used to the idea of a federal model, but this half-baked devolved set of governments we have now in the UK, we do have an effectively federal model. We have a UK government that's responsible for both England and certain facets of the UK and we have regional assemblies and Parliament's in some countries.

Much like with America and indeed in Germany with the devolved assemblies there, we just have to get used to the idea that Scotland, England, Wales and Northern Ireland will be different. If you have local power and local authority, they will run things differently. I think that's a really good thing. There's no reason why all of the laws in the UK should be the same. Whatever you think of their rules, they were democratically elected governments, they get to impose them and once every four or five years, the people in those countries get to change them if they don't like them. That's fine. Actually, what we need here is Boris to show some backbone and stand up and say, Scotland's done that, that's great.

They're the elected representatives of Scottish people. I'm in this instance, the elected representative of English people, because I have responsibility for England, and I'm going to go a different way. If we had a government that had any courage, a government that was in any way ready to lead rather than just follow, Boris would do that but sadly, he's really made a problem for himself because he's never shown any signs of doing that certainly since this crisis began.

Sputnik: Just moving aside from Boris Johnson and looking at the UK government as a whole. Do you feel that they are being clear enough regarding their policy on travel between other countries and you know, what approaches should the UK Government essentially be considering regarding travel if things like blanket ban aren't the way forwards?

Michael Swadling: Aren't they being clear? I mean, I think it's very awkward. If you have decided you want to impose blanket bans, you really have to enclose them very quickly. There can't be much notice because that's kind of the purpose. There's no point saying we think there's a spike in Italy, for instance, and then say, oh right, we're all going to give you two weeks to have your holiday in Italy, then come back and then worry about it. That's not really a way you can operate. You do have to do it quickly. The problem is, they are driven so much by small changes in the number of cases in these countries, that they are overreacting time and time again.

During the height of the pandemic, it made sense to stop a lot of travel, where there were huge numbers of cases in various countries around the world. We were building up here, we weren't sure that the NHS would cope, it made sense to ban travel they didn't. They've now chosen months into this to extend the fear, is all I can think they are trying to do, to extend the fear and impose these travel bands when there's no obvious reason for doing that.

There are no major cases, there's no particular evidence that people are coming back and infecting others, we've now created an industry in government of dealing with the pandemic. The pandemic isn't there in the same way anymore and they just need to find new things to do. Unfortunately, holidaymakers are the people being punished by that incessant need from government to find something else to do even when they're not actually needed to do that job anymore.