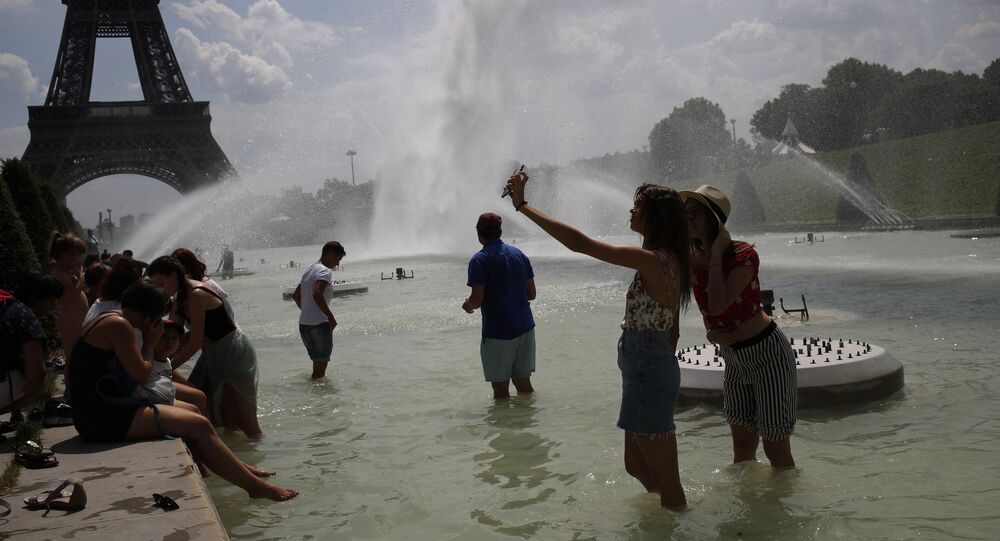 The measure is to take effect early on Saturday, potentially causing crowds at French rail stations and airports on Friday night, as thousands are expected to rush back home in a bid to escape being put under quarantine.

With France, the second-most-popular destination among British tourists after Spain, now on the UK government's quarantine list, investors have sent shares down across quite a few companies in the travel and hospitality sectors, The Guardian reported.

The sweeping sell-off in shares, which included the airport shop owner WH Smith, the jet engine maker Rolls-Royce, and the Eurotunnel operator, Getlink, led the FTSE 100 down 2.1% and the Europe-wide Stoxx 600 index down 1.9% late Friday morning. France's leading bourse, the Cac, fell 2.4%, while IAG, which owns British Airways, tumbled more than 6% in early trading, making it the biggest loser on the FTSE 100.

The low-cost airline easyJet tumbled 7%, while Ryanair slumped by 4.5%.

"The question now becomes just how long the likes of easyJet, Ryanair, and IAG can continue under these conditions", Russ Mould, the investment director at AJ Bell, was cited by the newspaper as saying.

"It appears summer 2020 will be something of a write-off, the industry cannot afford for the same to be true in 12 months", he shared.

Hospitality businesses, like hotels, for instance, have been hit quite hard as well, with Intercontinental falling 2.8%, Whitbread down 2.6%, and Accor seeing its shares lose 2% in price.

Britons returning from France, Malta, and the Netherlands are now required to self-isolate for two weeks, as the countries have been added to the UK's quarantine list which already includes such holiday destinations as Monaco, Turks & Caicos, and Aruba.

The measure announced by Transport Secretary Grant Shapps will come into force on Saturday morning, at 4 a.m., with the minister stressing that it was necessary to keep coronavirus infections down, as France in particular reported a 66% increase in the number of positive coronavirus tests in past few days (for the Netherlands, it was up 52%. And the increase for Malta was 105%, while it was 273% for Turks and Caicos and 1,106% for Aruba.)

"That's because we've absolutely worked so hard to ensure that we're keeping our numbers down here, and we can't afford to reimport those cases from elsewhere", Shapps stressed, shortly after the prime minister promised his government would be strictly evaluating the necessity of the restriction.

Shapps said they had arrived "at a point with France in particular, and these other countries, where if we didn't announce it now, we would know that the infection rate was already too high and we were not doing anything about it". The minister thereby referred to the worrisome statistics the French Health Ministry has reported - 2,524 new coronavirus cases as of Wednesday - the highest since the country's lockdown restrictions were first imposed.

While up to half a million UK tourists are thought to be currently in France, on holiday or on business, the deadline is expected to induce a rush to ports and airports, with thousands of tourists desperate to avoid the new quarantine measure.

For instance, the Eurotunnel website is understood to already be struggling with the volume of inquiries.

John Keefe, director of public affairs at Getlink, which operates the Channel Tunnel, told the BBC's Newsnight that the trains were "already pretty much fully booked" on Friday.

"We just haven't got the space to take everybody who might suddenly want to come up to the coast", he said, asking people to book in advance and not turn up outside the stated time.

According to the data company Statista, cited by the BBC, people from the UK paid 10.35 million visits to France last year, putting it second behind Spain (18.12 million) in terms of popularity with visitors.

In the wake of Britain's move, France announced it would reciprocate, but gave no further details regarding the matter.

French junior minister for European affairs Clément Beaune portrayed the UK move as "a British decision that we regret and which will lead to a measure of reciprocity, hoping that things will return to normal as soon as possible".

Prime Minister Boris Johnson had earlier said government officials would be "looking at the data" pertaining to the number of cases in France.

"We have got to be absolutely ruthless about this, even with our closest and dearest friends and partners", Johnson said while on a recent visit to Northern Ireland, stressing Britons can't be "complacent about our own situation".

In response to rising infections and fears of a second wave of the virus, the UK has also introduced a quarantine period for arrivals from countries including Spain and Belgium, as well as other popular tourist destinations, despite having initially declared them safe for travel.