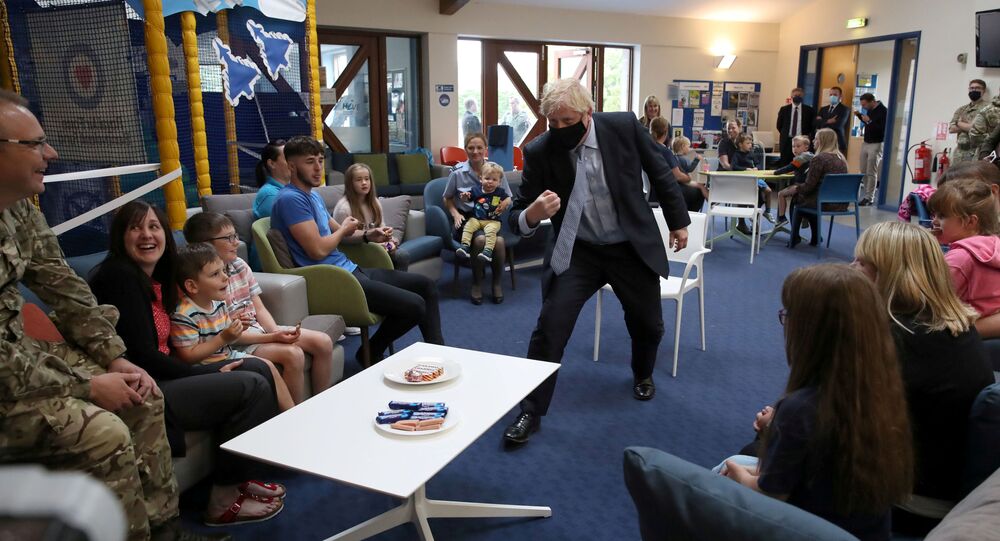 Public support for Scottish independence has grown to levels not seen since the 2014 referendum, leading Prime Minister Boris Johnson to cross the border to highlight the importance of the union.

Nicola Sturgeon has accused Boris Johnson of using the coronavirus pandemic for political gain after he said that the virus had strengthened the case for the UK.

Scotland’s first minister told reporters on Thursday: “I don’t think any of us, and I include myself in this, should be trying to use Covid and the pandemic and the crisis situation we continue to face as some kind of political campaigning tool.”

“This is a pandemic that has taken the lives of more than 50,000 people across the UK. We have all tried to do our best, but I don’t think any of us have got any grounds to crow or to feel satisfied about this,” she added.

“Every leader has a real duty to focus on doing everything we can to tackle this, and not use it as some kind of political weapon.”

Sturgeon, the leader of the pro-independence Scottish National Party, made the comments on the same day Johnson delivered an upbeat message of unity during his visit north of the border, which highlighted the “sheer might” the UK demonstrated during the pandemic.

I welcome the PM to Scotland today. One of the key arguments for independence is the ability of Scotland to take our own decisions, rather than having our future decided by politicians we didn’t vote for, taking us down a path we haven’t chosen. His presence highlights that.

​He also reminded that Scotland secured cash from the Treasury to protect 900,000 jobs during the crisis, used the UK’s armed forces to airlift patients in critical condition from remote communities, and procured protective gear for frontline medical workers.

Sturgeon, who was not scheduled to meet Johnson during his trip, rebuffed the argument: “Let’s be clear. This is borrowed money. And the reason it is coming to the Scottish government from the UK government is the UK government has the borrowing powers that Scotland’s doesn’t.”

Johnson’s visit came on top of troubling polls for London, which showed sustained support in Scotland for leaving the UK not seen since the 2014 referendum, when 55 percent of Scots voted to stay in the union. A Panelbase survey published this month showed that 54 percent of Scots would vote Leave, while Sturgeon’s approval rating was three times that of Johnson’s. According to a YouGov poll in December 2019, just 44 percent backed independence.

The Times reported over the weekend that senior cabinet ministers are in “panic mode” about the fate of the union, linking Johnson’s visit directly to attitudes in Scotland.

Distance has grown between the cabinet and devolved administrations over the pandemic, with the initial “four-nation approach” breaking down by early May. The last formal meeting of the heads of the four UK governments took place on 10 May, just before they began to announce separate lockdown exit plans.

Scotland’s health secretary, Jean Freeman, lamented last month that there was a “vacuum” in cooperation at ministerial level with Westminster.

Sturgeon, who once described the 2014 referendum as a “one-in-a-generation opportunity”, insists that there is a “renewed” mandate for another vote now that the majority of Scots opposed Brexit. Her SNP campaigned in the 2019 general election on a promise to hold a second referendum this year. It won 48 seats and 45 percent of the vote, compared with 35 seats and 37 percent in the previous election.

Boris Johnson in January formally rejected a request to transfer to Scotland the powers to hold a second independence referendum.