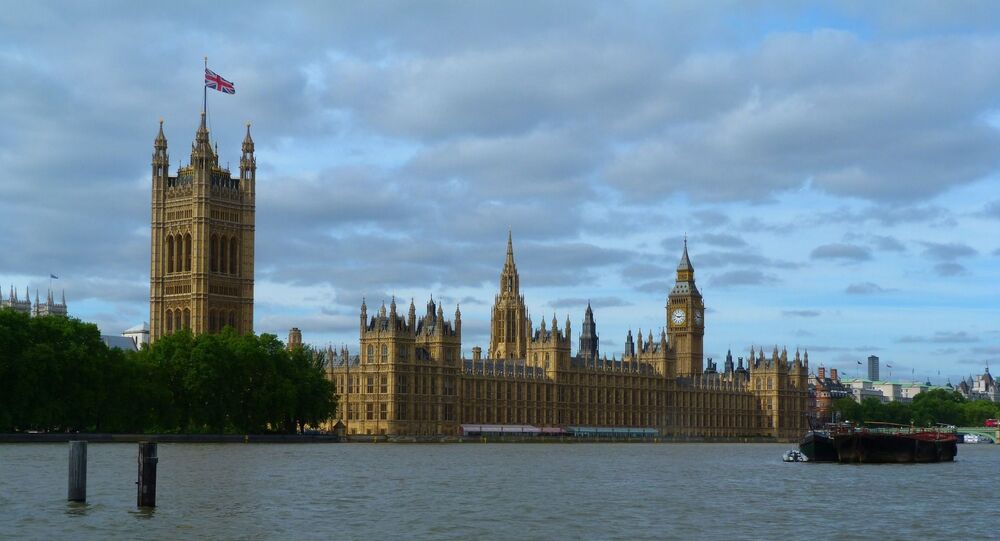 The news of a new 'Russia Report' claiming to reveal Moscow's attempts to interfere in the UK's domestic politics, including the Brexit referendum, came as a surprise, as the British government has on previous occasions repeatedly dismissed allegations of meddling by the Kremlin.

The intelligence report for the British Parliament's Intelligence and Security Committee on the alleged attempts of Moscow to meddle in the UK elections and referendums despite being heavily redacted suggests that the Brexit vote was not affected in any significant way, while stressing that "there has been credible open source commentary suggesting that Russia undertook influence campaigns in relation to the Scottish independence referendum in 2014." At the same time, the report provides little proof that detected cyber intrusions and mentioned publications in the media were orchestrated by Moscow.

So what was the reason for the leaking of the report, which has barely any solid proof of the Kremlin's complicity? One of the possible reasons is to perpetuate Russia's image as an adversary and "sabotage" any attempts by countries like the US, Germany, France and Turkey to improve ties with Moscow, suggests hedge fund manager and author Alex Krainer, explaining that such an approach is typical of the British Establishment's foreign policy towards Moscow.

Krainer indicates that one of the "most damaging" attempts might have taken place back in 2016 to prevent US presidential election winner Donald Trump from building better relations with the Kremlin. The economist adds that this was the precise goal of the notorious Steele Dossier, which made poorly substantiated claims about alleged collusion between Trump's campaign and Russia.

"The dirty dossier, put together by the former MI6 agent Christopher Steele, was in its most damning elements based on drunken pub banter by Russian individuals with no knowledge of actual events. In other words, a malicious plant", Krainer says, stressing that "this did not prevent the dossier's author from submitting [it] to the FBI", which effectively derailed Trump's attempts to mend ties with Russia.

Certain parallels can be seen between the Steele Dossier and the "Russia report", Rick Rozoff, a journalist and political analyst, says, suggesting, however, that the former was drafted to deny legitimacy to the newly elected President Trump. The analyst further warns of the dangerous consequences that such claims have for political stability.

"The US is currently experiencing the results of four years of unrelenting Russian conspiracy hoaxes - the worst internal crisis since its civil war of 1861-1865 - and Britain may be targeted for something along the same lines", Rozoff says.

Economist Krainer, however, suggests another possible explanation as to why the dossier, which is a poor attempt to expose Russian interference in Britain's domestic affairs, was published now. He believes it could be linked to the growing public frustration over the coronavirus pandemic and the UK government's "incoherent" response to it. Krainer alleges that London might seize the opportunity to "redirect the public's anger toward their favourite external enemy".

Not all experts believe though that the UK will be successful in convincing the public. Jonathan Power, journalist, columnist, film-maker and writer, highlights that the documents give little rationale on why would Kremlin interfere in things like the Scottish independence referendum, which has little impact on Russia in any field. He goes on to stress the lack of proof that the cyberattacks were organised by Moscow, indicating that many talented and independent hackers live in Russia and could have done all those things that London accuses the Kremlin of doing for the sheer fun of it.

"Russia is full of very bright hackers who enjoy breaking into forbidden territory. A few years ago a young American hacker penetrated the Pentagon's computers just for the fun of it. Maybe if there is some murky semi-underworld of young Russian hackers this doesn't mean the Russian government is involved", Jonathan Power suggests.

According to Klaus Jurgens, a political analyst and journalist from UK, there are two overarching angles:

"If you are a Remainer it is very comforting to say the Brexit vote was rigged so as to go about daily life in the clear conscience of that a second referendum is all but inevitable should Labour one day come back to power. Yet this renders the majority of the electorate stupid - not Russian citizens took to the ballot boxes but British, and a majority and thus democracy won", Jurgens says.

"Moscow told Scottish voters to vote 'stay in the UK', Russia dictated the UK electorate to vote 'Leave the EU' two years later, then three years thereafter makes certain Boris Johnson becomes Prime Minister? Stuff for a movie, perhaps. Close business contacts amongst individuals from two nations are nothing extraordinary. It is no secret some wealthy citizens donate legally to the Left, others to the Right. And that includes foreign, legal residents of and in another country. Neo-colonialism made by President Vladimir Putin? The UK as prime target? Material for a TV series perhaps but as far removed from the truth as a Walt Disney animated movie. It has become fashionable to blame Russia for whatever goes wrong anywhere in the world, similar to telling Turkey whatever a modern nation does is wrong anyways. This is neo-colonialism, not the other way around", he concludes.