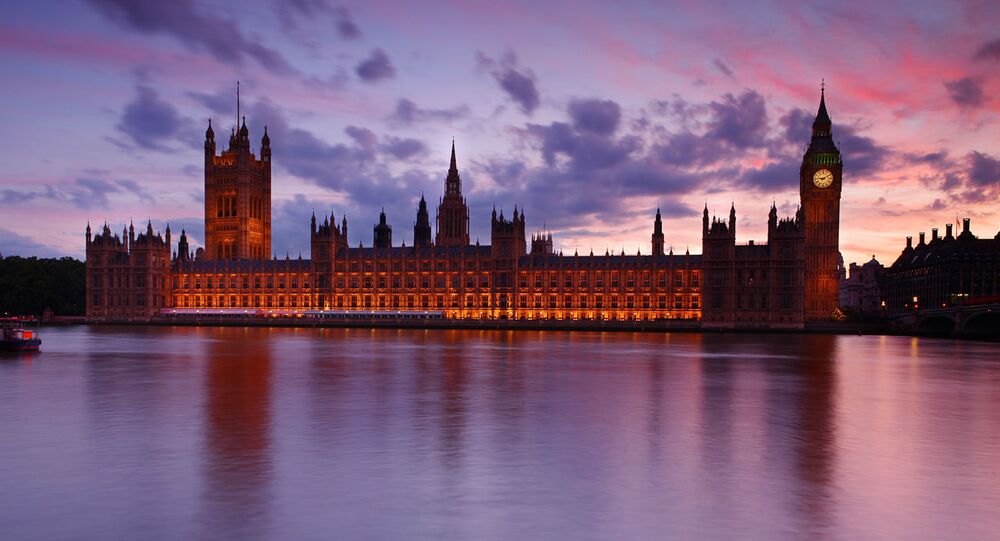 A report on alleged Russian interference in British politics which was completed last year has finally been published. Publication of the report was deliberately delayed until after the General Election, reportedly to spare the blushes of the ruling Conservative Party.

A Kremlin spokesman has commented on a report about alleged Russian meddling in UK affairs that was leaked on Tuesday, saying Moscow had never interfered in the electoral processes of any country and will not tolerate such attempts.

The report, commissioned for the British Parliament's Intelligence and Security Committee says Russia's cyber capability is a "matter of grave concern" and poses an "immediate and urgent threat" to national security.

Based on secret intelligence material from MI5, MI6, GCHQ, and a handful of contributions from independent experts, the paper says: "The written evidence provided to us appeared to suggest that Her Majesty's Government had not seen or sought evidence of successful interference in UK democratic processes or any activity that has had a material impact on an election, for example influencing results”.

EU Referendum - Was There Meddling?​

Referring to the 2016 Brexit referendum, it says: "Open source studies have pointed to the preponderance of pro-Brexit or anti-EU stories on RT and Sputnik, and the use of 'bots' and 'trolls', as evidence of Russian attempts to influence the process. We have sought to establish whether there is secret intelligence which supported or built on these studies".

"In response to our request for written evidence at the outset of the Inquiry, MI5 initially provided just six lines of text...The brevity was also, to us, again, indicative of the extreme caution amongst the intelligence and security agencies at the thought that they might have any role in relation to the UK’s democratic processes, and particularly one as contentious as the EU referendum".

After the report was published, the UK government said there was no need for a retrospective assessment of the Brexit vote.

The heavily redacted report goes on: "There has been credible open source commentary suggesting that Russia undertook influence campaigns in relation to the Scottish independence referendum in 2014. However, at the time ***. It appears that *** what some commentators have described as potentially the first post-Soviet Russian interference in a Western democratic process. We note that – almost five years on – ***".

​A classified version of the report is available for the Prime Minister, Boris Johnson, and his senior ministers, but the official report which was published on the Intelligence and Security Committee’s website on Tuesday, 21 July, was heavily redacted.

Who Are The 'Independent' Experts?

The chairman of the committee, Julian Lewis, said they were "grateful to those outside the Intelligence Community" who had offered their "very substantial expertise" on Russia.

These supposedly independent experts included Bill Browder - a US businessman who is wanted in Russia on charges of fraud and money laundering - and Christopher Steele, a discredited former MI6 agent who has accused President Donald Trump of conspiring with Russia in 2016.

Also listed were Anne Applebaum, an American journalist, Christopher Donnelly, a former NATO Special Adviser, and Edward Lucas, a British journalist who became an e-resident of Estonia in 2014.

The report stated: "It appears that Russia considers the UK one of its top Western intelligence targets: while we may not experience the level and type of threat that countries on Russia’s borders suffer, witnesses have suggested that we would sit just behind the US and NATO in any priority list. This is likely to be related to the UK’s close relationship with the US, and the fact that the UK is seen as central to the Western anti-Russian lobby."

​The dossier covers the full range of the perceived Russian threat to the UK, including alleged election interference, espionage and targeted assassinations such as the novichok attack on former Russian agent Sergei Skripal in Salisbury in 2018.

The report says: "The security threat posed by Russia is difficult for the West to manage as, in our view and that of many others, it appears fundamentally nihilistic. Russia seems to see foreign policy as a zero-sum game: any actions it can take which damage the West are fundamentally good for Russia. It is also seemingly fed by paranoia, believing that Western institutions such as NATO and the EU have a far more aggressive posture towards it than they do in reality."

Publication of the so-called Russia Report has been delayed since October 2019 - two months before the General Election - when it was put on Mr Johnson’s desk.

Intrigues Over Appointment Of Committee Chairman

​Mr Johnson even tried to appoint former government minister Chris Grayling to lead the committee earlier this month but MPs rejected his choice and picked instead Tory backbench MP Julian Lewis, who was promptly expelled from the Conservative Party by an enraged prime minister.

The dossier claims: "Russia’s promotion of disinformation and its attempts at broader political influence overseas have been widely reported. Examples include use of state-owned traditional media: open source studies have shown serious distortions in the coverage provided by Russian state-owned international broadcasters such as RT and Sputnik."

It goes on: "We have not been provided with any post-referendum assessment of Russian attempts at interference, ***. This situation is in stark contrast to the US handling of allegations of Russian interference in the 2016 presidential election, where an intelligence community assessment was produced within two months of the vote, with an unclassified summary being made public. Whilst the issues at stake in the EU referendum campaign are less clear-cut, it is nonetheless the Committee's view that the UK Intelligence Community should produce an analogous assessment of potential Russian interference in the EU referendum and that an unclassified summary of it be published."

Responding to the publication of the dossier, Kremlin spokesman Dmitry Peskov said on Tuesday, 21 July: "Russia has never interfered in electoral process in any country, the United States, the United Kingdom and other nations. We do not do it and we will not tolerate foreign nations' attempts to meddle in our political affairs."

He added: "We currently focus on the priority areas of our country's development for the period until 2030. With all due respect to the UK, the events in our country are the most important thing for us."

Mr Peskov said the report contained "groundless accusations" and he said they could not be "substantiated".

The report also discussed the presence in London of "Russian oligarchs and their money".

"It is widely recognised that the key to London’s appeal was the exploitation of the UK’s investor visa scheme, introduced in 1994, followed by the promotion of a light and limited touch to regulation, with London’s strong capital and housing markets offering sound investment opportunities,” said the report.

​The authors of the report said Britain welcomed Russian money “and few questions - if any - were asked about the provenance of this considerable wealth.”

They go on to say: “What is now clear is that it was in fact counter-productive, in that it offered ideal mechanisms by which illicit finance could be recycled through what has been referred to as the London 'laundromat'.”

It says money was also invested in “extending patronage and building influence across a wide sphere of the British establishment - PR firms, charities, political interests, academia and cultural institutions.”

The dossier describes Russian influence in what it dubs "Londongrad" means "that any measures now being taken by the government are not preventative but rather constitute damage limitation”.

The committee then quotes Bill Browder - a notorious critic of Russia - as saying that “Russian state interests, working in conjunction with and through criminal private interests, set up a ‘buffer’ of Westerners who become de facto Russian state agents.”