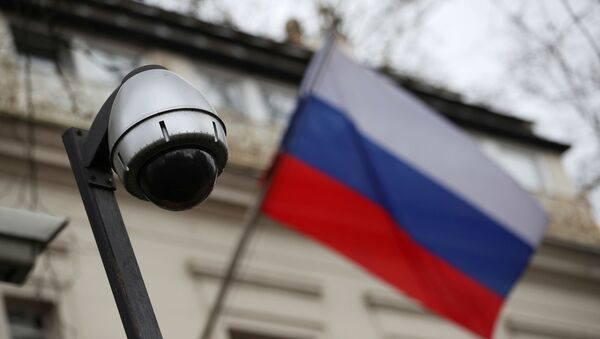 © REUTERS / Hannah Mckay
Subscribe
International
India
Africa
The UK Intelligence and Security Committee of Parliament has published a long-awaited report that was completed in March 2019 on alleged Russian interference in British democratic processes. The UK stated that the findings show no evidence of Russian interference in the Brexit referendum, ruling out the need to reassess the result of the vote.

A senior research fellow at the Global Policy Institute, George Szamuely, doubts the conclusions of the report, because he believes that interference is an obscure concept.

Sputnik: What do these allegations from Britain represent in your eyes? Do you believe the conclusions that are being put forward by the ISC?

George Szamuely: I don't actually believe the conclusions, simply because in terms of interference, it is such a nebulous concept, because anybody at all can interfere in any election. The issue is: was there a Russian government-sanctioned attempt to influence a referendum or an election? There's no evidence for that. The issue is: is there evidence that there was some kind of a Russian government-sanctioned operation to interfere in the UK elections or referendums? I've seen no evidence to suggest that.

Sputnik: On the back of these allegations, the UK government has refused to publish any evidence relating to their accusations, stating that the details would "threaten the UK". Are you surprised by this? Is there any evidence behind these tired, repetitive, and baseless assumptions?

George Szamuely: All of these allegations that have appeared in recent years have always come unaccompanied by any evidence. Whether it's the supposed Russian operation to help Donald Trump, or the Russian interference in the UK election, they never come with any evidence. We're always expected to take on faith the claims of the intelligence services. Well, the record of the intelligence services is simply not that good. We have an embarrassing record of an all manner of allegations that the intelligence services have peddled over the years, the most notable of which is case of the Iraq weapons of mass destruction and why, after all these nonsensical claims, are we expected to believe this, when it comes without any evidence? If you have evidence that the Russian government interfered in the in any of these election outcomes, then show it to us. But in fact, neither the CIA in the United States nor MI5 or MI6 in the UK have ever shown us any of this evidence. So there's really no reason to take any of this seriously. I mean, it's just the usual kind of thing of: "well, whatever is going on, let's blame Russia for it".

Sputnik: How will the international community react to this report from Britain? For example, could this report be damaging for the UK and what will this mean for Russia-UK relations?

George Szamuely: As far as the international community is concerned, really, the focus of attention has really moved away from Russia and it's now on China. If we look at what's going on both in the UK and in the United States, they are both preoccupied with China - and that at least makes some sense, because China is a serious rising power, it is clearly an economic military rival to the West, and it makes sense that there should be greater attention paid to China.

This stuff with Russia is really... it's so 2016, it's kind of embarrassing - particularly so, when so many of the other accusations about Russian meddling, particularly in the United States, have unravelled. Now one of the people who testified before the committee is Christopher Steele - the former MI6 person. Christopher Steele's dossier was an embarrassing tissue of lies and it has all unravelled. We now know that there was really nothing, not one word, that was true in anything Steele said. There's something really very threadbare about again wheeling out stuff about Russia when all of the other claims about Russian interference have been untangled as embarrassingly as they have.