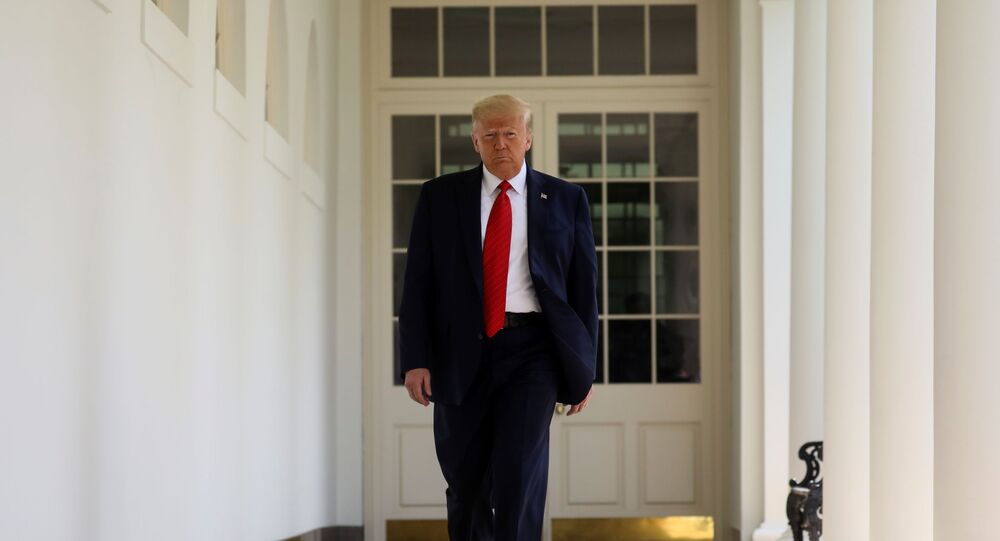 A group of approximately 200 former George W. Bush administration and campaign officials kicked off a new super PAC called "43 Alumni for Biden" on Wednesday with an aim to mobilise GOP voters disenchanted with Donald Trump. US observers have discussed whether the group will become a game-changer during the November election.

According to NBC News, "43 Alumni for Biden" is planning to release “testimonial videos” with praise for the former vice president from top-level Republicans.

"We endorse Joe Biden not necessarily in full support of his political agenda but rather in full agreement with the urgent need to restore the soul of this nation", Karen Kirksey, the director of the committee who worked on the Bush 2000 election campaign, said in an official statement.

Meanwhile, a number of polls indicate that Joe Biden leads Donald Trump in crucial swing states. For its part, a 30 June survey by the Pew Research Centre reads that the incumbent president trails his Democratic vis-a-vis on "most personal traits and major issues".

"In a tight election, every potential edge matters", opines Chris Cooper, a Madison distinguished professor at Western Carolina University. "Prominent Republicans breaking with Trump could be one of the signals that let rank-and-file party members feel comfortable splitting their ticket—voting for Biden for the presidency, while supporting Republicans down the ballot".

Ross Baker, a political science professor at Rutgers University, shares a similar stance: according to him, due to their influence and visibility, prominent anti-Trump GOP members "have the ability to persuade fellow Republicans to at least consider voting" for the ex-vice president.

"This is more than just a set of disgruntled, out of the loop Republicans", echoes David McCuan, a political science professor at Sonoma State University.

According to him, the rise of a new anti-Trump super PAC is remarkable for two reasons: first, the group "43 Alumni for Biden" is another example of protest politics within the GOP establishment; second, it shows that there are many actors within the Republican Party who are alienated by the president's manner, methods, and response to crises.

The recent announcement was preceded by a New York Times report that hinted at the alleged divide within the Republican Party. On 6 June, the newspaper claimed that former President George W. Bush "won’t support Mr. Trump’s re-election", adding that Senator Mitt Romney, the widow of Senator John McCain - Cindy McCain, and former Secretary of State Colin Powell won't vote for the incumbent president either. The report forecast that "other GOP officials" may follow suit.

Still, the development does not seem to be something new, since neither Mitt Romney, nor the McCains, nor Colin Powell voted for Trump in 2016, according to media reports. As for George W. Bush, his spokesman stated on 8 June that The New York Times report claiming that the former president won't support Trump's re-election was "completely made up".

"In 2016 a group of Republicans opposed to Donald Trump on moral and political grounds was identified as 'Never Trumpers' but no matter what they tried, they could not stop Trump from winning their party's nomination", explains Sean D. Foreman, a professor of political science at Florida-based Barry University.

However, neither negative comments by prominent conservative leaders, nor "tell-all" books, nor anonymous quotes, nor explicit criticism have done much damage to Trump's core supporters, according to the professor. Likewise, it is unclear whether the mostly elitist "43 Alumni for Biden" and other prominent GOP members will resonate with the working class Trump supporters, he adds.

Timothy Hagle, a political science professor at the University of Iowa, echoes Foreman by saying that not only did some Republicans vote for Hillary Clinton in 2016, but there were also Democrats who could not support Clinton and supported the Green Party candidate or someone else.

"In other words, there are often some disaffected members of a candidate's party who will support an opposing candidate", the political scientist elaborates.

While the US mainstream media is enthusiastically discussing the emergence of the anti-Trump GOP group, the latest Gallup poll shows that Trump continues to enjoy at least 85% approval among Republicans, which is higher than that of former President George W. Bush during his entire second term.

Furthermore, according to Los Angeles Times, "Trump’s average support level among his fellow partisans is higher than for any president of either party since Eisenhower", which throws the assumption of a supposed GOP split over the incumbent president's performance into question.

The new super PAC's "visibility" is unlikely to help Never Trumpers produce any considerable effect on the balance of forces within the GOP, Hagle says.

"I would say that the influence of such groups within the Republican Party is minimal", the professor presumes. "Polls regularly show that the vast majority of Republicans support Trump. They may not like his style, but generally approve of what he has done.  At the very least, they probably still like Biden even less".

He does not rule out that the new endeavour may help Biden to some extent, but in the end "it may just be a lot of money and resources spent with little effect".

Additionally, the former Bush officials' political baggage may not affect the "43 Alumni for Biden" campaign the way the group wants, deems Arizona Republican Congressman Paul Gosar. According to him, the Bush administration in some sense compromised itself, being known "for its war mongering and interventionist policy".

"President Trump has an America First policy, and he recognises that our foreign intervention, particularly using military force, must be limited to situations where American interests are substantially at stake", the congressman says. "The Bush doctrine sought to simply flex military muscle everywhere, but accomplished nothing. Indeed, thousands of lives were lost, and trillions of dollars spent under the Bush Doctrine".

In light of this, it makes perfect sense for those who beat the drums of war constantly to oppose Trump and favour Biden, who will be easily led into conflicts, Paul Gosar concludes.