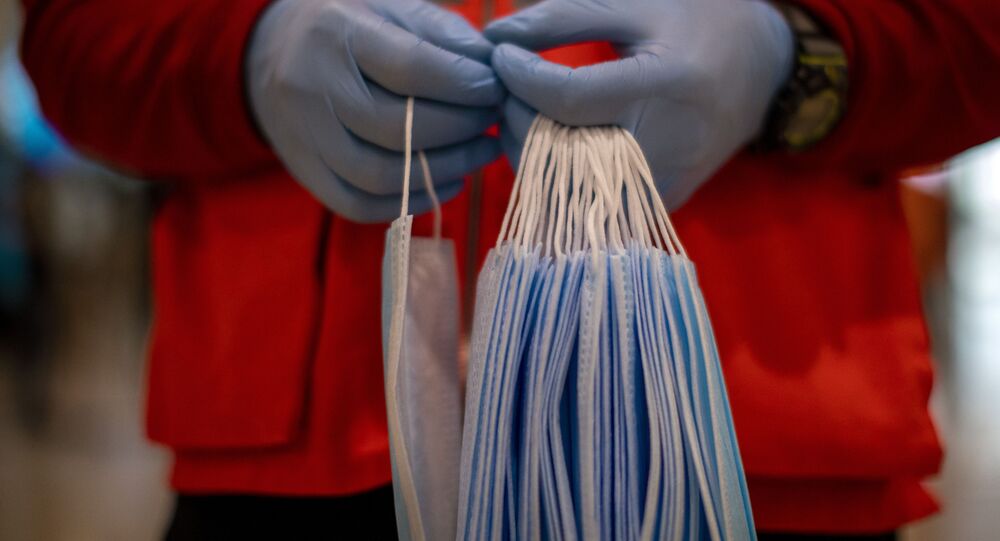 Masks Could be Detrimental to Sports Performance, Academic Says

Major airlines in the US have announced measures to ensure that passengers must wear face masks before boarding a flight. The move comes as companies and governments throughout the world have taken steps to encourage their use.

But could wearing masks prove problematic for customers, and for many members of the public in their daily lives, particularly those involved in sports? Dr Lindsay Bottoms, a reader in Exercise and Health Physiology at the University of Hertfordshire, gave her views on the matter.

Sputnik: How can wearing face masks cause difficulties for people while exercising and in daily life?

Dr Lindsay Bottoms: We’ve got different intensities of exercise, and I must confess that for low-intensity exercise, where there are no increases in breathing, such as gentle breathing, I don’t see any issues whatsoever, and again terms of brisk walking, where your breathing is slightly elevated.

Again, I can’t see that there would be many issues with that, it might just feel a bit harder.

If you are breathing really hard and you are running or doing a similar activity, essentially what is happening, is that you are producing carbon dioxide in your body, and obviously you have got to breathe that out.

If you have got a mask on, obviously, it catches that carbon dioxide, but it is not filtering it out as easily as it would do if you didn’t have the mask, so I’m wondering whether if there is that build-up of carbon dioxide could have consequences such as causing confusion and cognitive functioning problems.

When I did some testing on myself, that’s what we found with higher levels of carbon dioxide, and that’s where potentially difficulties might be.

Sputnik: Could wearing a face mask be detrimental to the performances of professional athletes?

Dr Lindsay Bottoms: A mask would definitely be detrimental to performance, because essentially you are having to work harder, and in terms of airflow, you can’t breathe as much air in and out, because you have got a mask in front of you, so everything will feel harder.

It really is just testing on myself, so we can’t draw many conclusions from it, but when I was trying it on myself, even with the heart rate at the same intensity, just with the face mask, my heart rate was a good five beats higher compared to without.

© REUTERS / Carl Recine
NHS Trusts ‘Were Not Consulted’ on UK Government’s New Face Mask Rules
Sputnik: Do you agree with the WHO’s advice that people should wear face masks when out in public?

Dr Lindsay Bottoms: If we are talking about going to a supermarket, or on public transport, then I think that most definitely there are health and safety positives to wearing a mask, and obviously the WHO is recommending it.

In terms of exercising at a high intensity where you are breathing at high rates, I think that there are some issues that we need to look at before we can say that it is safe to do so, but I am only talking from a heavy exercise perspective, and not from a general, everyday perspective.