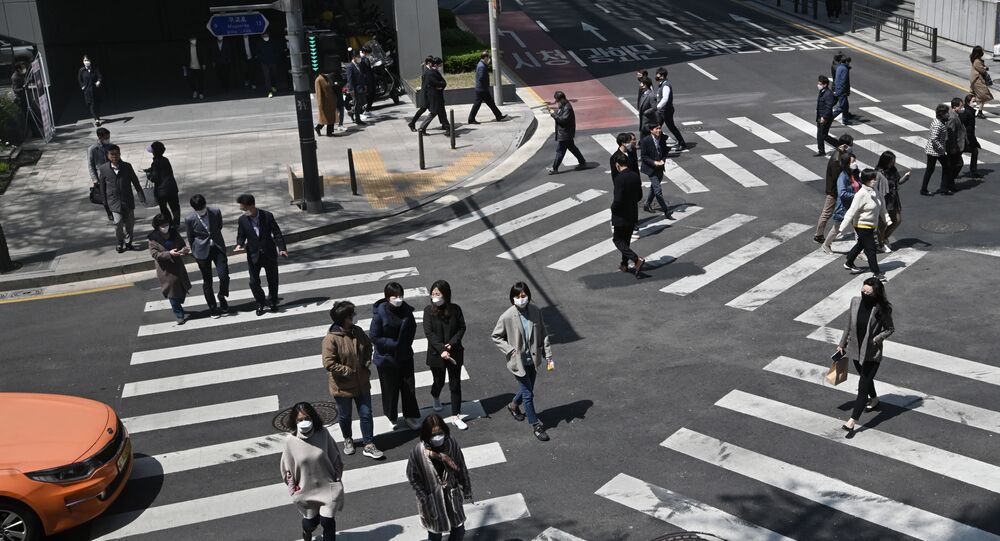 Countries that have significantly cracked down on the coronavirus by closing borders to foreign arrivals, such as Singapore and New Zealand, could potentially be set to experience a second wave of infections, due to what scientists have called "clusters".

Clusters are particular areas within a country where those who are contagious have been circulating and could potentially expand if measures such as the re-opening of schools are enacted too soon, along with freedom of movement increasing domestically.

One potential solution for this is contact tracing, where those who have tested positive for the coronavirus have their movements tracked with apps.

Dr Arindam Basu, an associate professor at the University of Canterbury School of Health Sciences in Christchurch New Zealand, gave his thoughts on whether contact tracing could be an effective way of preventing coronavirus clusters from expanding.

Sputnik: Is contact tracing necessary to help prevent the further spread of the coronavirus between different clusters, even after borders have been closed and lockdowns have been implemented?

Sputnik: Could the coronavirus clusters expand if schools are re-opened?

Dr Arindam Basu: It depends on how the outbreak was controlled in the first place. Say, for example, if people had only done social distancing and nothing much else, and all of a sudden they decided to open schools quickly, then certainly the risk of a new outbreak coming up is quite high.

On the other hand, if the schools closed and the country went for what is called a "suppression of the epidemic", in which they would try to completely mitigate the epidemic and totally reduce the number of cases - again, if you open the schools, there is still a risk, the risk is low, but the risks of infections with children are quite low, so both the risk of infection and it getting out of hand is very low.

In theory, there is definitely a risk, but how much of that risk will transpire in practice is quite questionable.

Sputnik: Would certain individuals be opposed to the idea of contact tracing on libertarian grounds?

Dr Arindam Basu: Human beings are human beings, they will have their own ways of responding to any policy position that is put into place; that isn’t new. If people are not used to contact tracing, people often get a little bit nervous about it and some people will say that their privacy is being breached. But you have to do what you have got to do.

To be completely honest, each country decides its own pathway and how they want to do that, based on their own population structures, their cultures, and other things. But having said that, I think that New Zealand had some good things to start with.

© REUTERS / Aly Song
Chinese Authorities Say Wuhan Has No COVID-19 Patients in Critical Condition Any More
We had right from the beginning taken a path of strong public health measures. So the idea right from the beginning, we knew that there was no vaccine, there was no real medicine that we could rely on, and the only thing that was left was that we were going to go hard and go early to start squashing the epidemic as quickly, if we could.

There are also some things that helped. For example, New Zealand is an island nation, so the ocean is a natural barrier, the population is low, and all of the cases were imported cases and people, by and large, agreed with the government plan; there was good political agreement from all counts.

Many things worked well in New Zealand; there was good coordination and good planning, and so on and so forth, so those are the reasons why it worked.