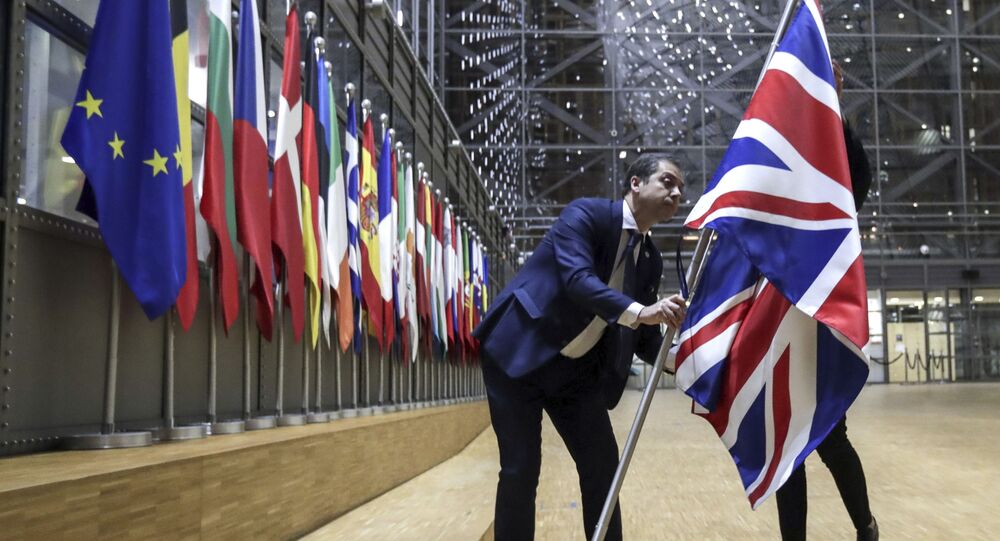 Trade talks between the EU and the UK have officially begun today. British Prime Minister Boris Johnson has outlined his desire for the UK to sever ties with Brussels under Canada Style terms.

Whereby the country would maintain cordial trading relations with European countries, whilst removing itself from the bulk of the bloc’s rules and regulations.

Michel Barnier, the EU’s chief Brexit negotiator, has however repeatedly poured scorn over this notion.

But could the two sides be prepared to compromise in order to avoid the potential economic disruption that a no-deal Brexit might bring? Chris Mendes, the leader of the Foundation Party gave his views on the matter.

Sputnik: Will the EU grant the UK a Canada style post-Brexit trade deal?

Chris Mendes: At the moment, the EU and the UK seem to be poles apart, because at the end of the day, they are two very different things, with two very conflicting interests, as the EU wants the UK to continue to conform and comply with its regulations, and the UK wants freedom and trade mobility.

At the moment, it doesn’t look like a trade deal will be achieved, but it depends on who wins the internal argument within the EU, as on the one hand, the EU’s institutions want to maintain an empire so to speak, as Guy Verhofstadt said at the Liberal Democrat conference last year.

There is that interest on the one hand, but in the member states, yes they might agree to that to a large extent, but at the same time, they need a deal, Germany is in a recession and the UK is Germany’s fourth-largest export partner, so there are those two conflicting interests within the EU.

Will there be a deal? It depends on who wins that internal argument, but I think that the UK will really have to be absolutely ready and prepared to walk away, Brexit is about democracy, it’s about self-government, and the excessive regulation that comes from the EU, the lack of democracy, the lobbying by special interests, the decisions made in secret by unelected officials, the whole point of Brexit is to get away from all of that.

The UK cannot sign a deal which means that all of that still applies and still regulates one hundred percent of our economy and country, so if it’s between that and no deal; the answer is no deal, otherwise there really is not that much point in Brexit at all, so we must be prepared to walk away.

As to whether we do get a deal or not; I think to be honest it’s more down to the EU’s flexibility, rather than the UK’s.

Sputnik: How will the EU cope with the loss of British financial contributions to its budget?

Chris Mendes: What we hear on the surface, and what the EU’s glossy brochures tell us, is that it’s a very nice happy family, which agrees on absolutely everything, and the need to build this collective, common government that agrees on currency, that agrees on trade, regulations and immigration.

Actually, when it comes to the bottom lines; in terms of who pays what, or who takes in migrants from outside Europe, they all turn on each other very quickly, we saw it during the migrant crisis when people like Angela Merkel issued a global invitation to migrate to Europe, and of course all of the countries on the very outskirts of the EU, starting putting up borders, and started telling people not to come in such numbers.

When it comes to these issues; the EU ends up fighting each other, and that is the whole argument from our point of view, you cannot avoid that, you can surgically join each other by the hip, but the bottom line is that each country has their own conflicting interests, and that is the argument in favour of national self-government.

In terms of who is going to be paying what; who knows? It’s their problem, but I suspect they will get it resolved one way or another, but one thing is clear, we will be paying less, and can focus on our own priorities at home instead, in a more democratic fashion.

Sputnik: Should the UK focus on striking trade deals with other countries instead of with the EU?

Chris Mendes: The UK can be nimble and quick responding. There will be a new technological world with smart cars, that are going to dominate the economy in the near future, and we need to be responsive and experimental with these sorts of phases.

© AFP 2021 / OLI SCARFF
UK Trade Secretary: We're Ready to Walk Away From Talks With US if 'We Don't Get the Deal We Want'
As an independent country, we can do that. The EU is going to struggle to strike these sorts of deals, and to respond in a more experimental and reactive way internally, whereas countries like the US are more understanding of our position, with the UK being a bit more free and so on, and culturally we have a lot more in common.

I think we can strike deals much more swiftly, and much more competently, and I think that’s the way the world’s economy is going to work, in terms of bilateral agreements, rather than big empire building, but we shall see.