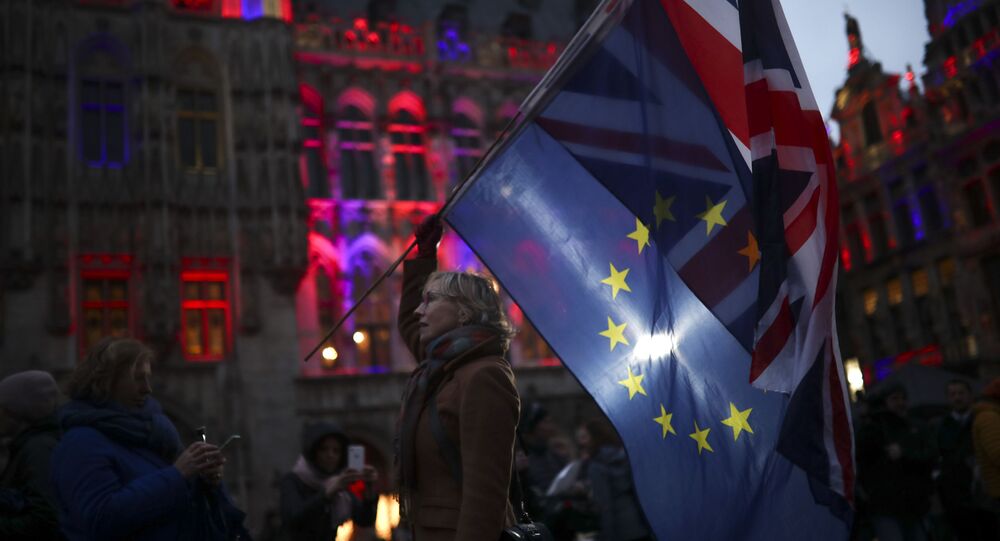 Talk of a no-deal Brexit resurfaced on 24 February after the prime minister’s spokesman said that Britain’s “primary objective” in trade negotiations with Brussels would be the restoration of economic and political independence from the bloc.

The threat of a no-deal Brexit has risen since the European Union toughened its negotiating stance on future trade ties with the United Kingdom ahead of talks next week, The Independent reported. Diplomats in Brussels have agreed a negotiating mandate, under which Britain would be obliged to follow EU rules and regulations on environmental protections, workplace rights, and competition. Brussels would also be able to impose sanctions on Britain if it violates the rules and regulations.

The bloc’s mandate is expected to be approved by the foreign ministers of the 27 member states on Tuesday.

It will again put the European Union and the United Kingdom on a collision course as UK Prime Minister Boris Johnson announced earlier that London would not conform to EU rules. This position was reiterated by a senior source in Downing Street, who spoke with The Independent. "Our overriding objective in the negotiations is by 1 January to have taken back control and we won’t agree to anything that doesn’t deliver that. Which means no rule-taking from the EU and no role for the European Court of Justice", the source told the newspaper.

British ministers will meet on Tuesday to agree on the UK’s negotiating mandate, which is scheduled to be published on 27 February ahead of next week’s talks with the European Union. Ireland’s Prime Minister Leo Varadkar said he expects Britain to honour its obligations after reports emerged that Boris Johnson had tasked his Brexit team with finding ways to get around the Northern Ireland protocol mentioned in the Brexit withdrawal agreement in order to have an upper hand in trade talks with Brussels.

Varadkar cautioned Johnson against backsliding and stressed that London should be focused on the next phase, a trade agreement with the European Union. "So I am saying to the British government, there can be no backsliding on the withdrawal agreement. Let’s not even go there and let’s focus instead on what should be the next phase, which is negotiating a free trade agreement between the European Union and Ireland and the UK so we can protect jobs and our economy", said Irish Prime Minister Leo Varadkar.

The United Kingdom officially left the European Union on 31 January, but the sides have to sign an agreement on future trade ties by the end of the year or Britain will trade with the bloc on WTO terms. Prime Minister Johnson has categorically dismissed allegations that London would leave the European Union without a deal, saying future trade pact would be based on “existing withdrawal agreement with the EU”.

Last week French Foreign Minister Jean-Yves Le Drian said it would be very difficult for the United Kingdom to sign a deal with Brussels by the end of the year warning that the two sides would "rip each other apart". His statement was echoed by French Secretary of State for European Affairs Amelie de Montchalin, who said recently that Brussels wouldn’t be pressured to sign a bad deal with the United Kingdom just because British Prime Minister Boris Johnson "wants a deal at all costs for 31 December".