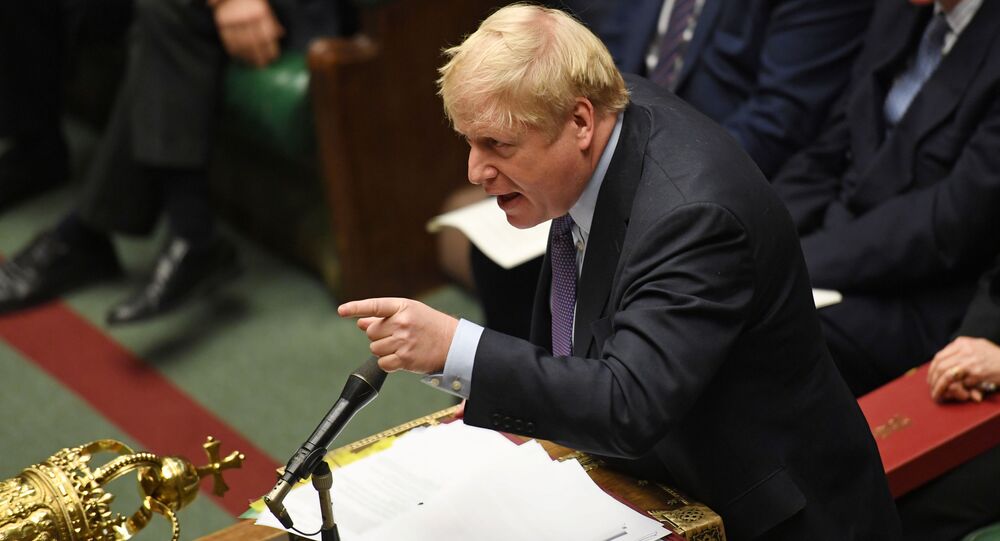 European Commissioner for Trade Phil Hogan has stated that the UK is likely to end up leaving the EU under WTO rules, despite British Prime Minister Boris Johnson talking of his optimism about the prospect of negotiating a Canada-style free trade deal with Brussels.

Political Commentator Bob Lister gave his views on whether Johnson will ultimately cave in to Brussel’s demands for the sake of avoiding economic disruption.

Sputnik: Who would be more affected economically by a no-deal Brexit, the UK or the EU?

Bob Lister: I think it’s in the EU’s interest to work with the UK and to provide a free trade deal without any fishing concessions, or any other concessions if they don’t; then a no-deal scenario will affect the EU far worse than it will affect the UK.

Sputnik: Will the UK be able to negotiate a free trade deal with the EU?

Bob Lister: I don’t think that the UK has any alternative but to leave without a deal. If Barnier continues his bully boy attitude; it’s inevitable, I can’t believe that the German and other industrialists are going to allow it to happen, because as we know, twenty-five percent of Volkswagen cars come to the UK, twenty percent of Mercedes and BMW cars come to the UK, they fear to lose all their trade, or to have tariffs on it.

Even Leo Varadkar looks like he’s going to lose the Irish General Election, so it’s not all going well for the EU at the moment, I think Boris Johnson has certainly got the upper hand, I think he has got a number of the EU’s powers-that-be worried.

Sputnik: How vital are protected fishing waters for the UK?

Bob Lister: I live on the coast, and we see dead dolphins washed up, which are by-catch from these big Dutch and other trawlers, they are just hoovering up our fish, it’s terrible, they are leaving no stocks left for the future, for anything and yet our fisherman, if they catch one fish more than they are supposed to catch; they have to throw it back, it’s ridiculous.

We are just too soft, we need to be prepared to patrol the waters, and keep some of these Dutch and other trawlers away from us, we are finding in our supermarkets that the fish that is caught in English waters, is being sold to us from Europe, it’s ridiculous, and it’s inflating the costs, to have a fish and chip supper now, it’s not a cheap meal, it’s ridiculous, we should be getting our own fish.