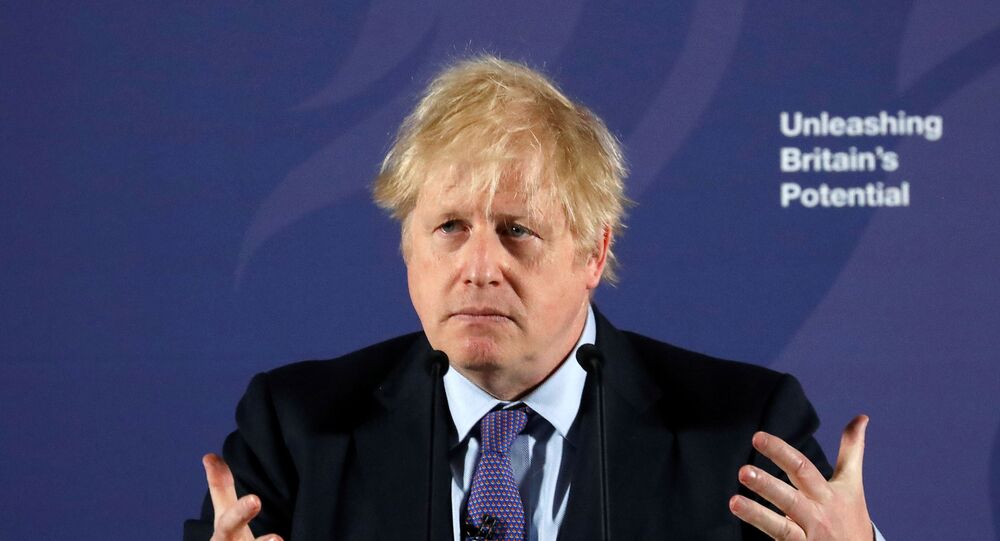 UK-based Steve Keen, a professor of economics who is crowdfunded on Patreon, emphasizes the role of certain cabinet members who were rumored to trigger the major reshuffle, and also hints at the reasons behind the timing of Johnson's move.

Sputnik: Foreign Secretary Dominic Raab, Cabinet Office Minister Michael Gove and Transport Secretary Grant Shapps are expected to stay in the top team. How high are the chances that they will keep their positions?

Steve Keen: This all comes down to internal Tory Party politics and the influence of Dom Cummings as well. So, it’s rather hard to say.

Gove, obviously, having been at a top job, is therefore a rival for Boris Johnson. And there’s a classic saying for politics: keep your friends close and your enemies closer.

So, on that front, rather than shutting him, it may be a matter of rewarding him so that he doesn’t try to go for a very top job. So I think they’re likely to keep their positions.

Sputnik: UK Finance Minister Sajid Javid has resigned and Rishi Sunak has been named as his successor. The move follows rumours of tensions between Mr. Javid and Mr. Johnson's closest aide Dominic Cummings. What does this say about Boris Johnson intentions in reshuffling the cabinet?

Steve Keen: It’s quite interesting that Dominic Cummings designed a blog before the Tories won the election, because he is talking in terms of the need to have a systems approach, speaking about how the society functions overall, not relying just upon politics.

So I think he’s really critical of Sajid Javid just being a typical politician who doesn’t look at the systems and doesn’t analyze feedbacks that might undermine throughout the policy.

So I think it’s quite a strong desire to reshape the cabinet. I know that Cummings wants to introduce systems thinking; so he actually has a simulation system, when a policy is simulated to see what its effect is.

And often the simulation will tell you that the effect is not what you expect, and maybe you should to the opposite of this policy idea.

So I think that in that sense old-fashioned politicians will not be able to find favour with Dom Cummings, and we may be at a very different cabinet coming out of it not just in terms of the people, but also in terms of building a technology to support decision making; and that’s something that I wholeheartedly support, because the absence of systems thinking, the mechanistic vision of how the economy operates is the major cause of the problems that we have on the globe today.

Sputnik: What can we expect from Mr. Sunak regarding UK finance policy?

Steve Keen: I think that if you just replace one Tory minister with another Tory minister, you’re going to get Tory policies again, which is of running a surplus rather than saying does the surplus actually reduce the government death ratio.

So I don’t think it’s much of a change now. It’s more a case of what gets designed in the next year or two five-year term for the British Parliament.

And I hope that Cummings is going to live up to his words we’re talking about, which is building integrated systems thinking software packages that can look at feedbacks and say what is the potential consequence of the model we have, and therefore what we can expect if we try to economy.

One third starts to have an expectancy of change, but just changing one Tory for another you’re going to get Tory policies.

Sputnik: Another person who left the cabinet was Britain's Northern Ireland minister Julian Smith. One Northern Irish MP tweeted: "Sacking the most successful SoS in a decade shows Johnson's dangerous indifference to us." What do you make of it?

Steve Keen: My worry is that having spent time in Northern Ireland you can still feel the extent to which troubles are just bubbling below the surface there.

So you have two groups at loggerheads with each other; and this can potentially restart the troubles again.

And that’s what really worries me about Brexit overall; it’s now happened, anything that can restart these troubles in Ireland would be an absolute catastrophe.

And you need to pay far more attention and be far more nuanced in how you approach Norther Ireland.

Sputnik: How will this influence the cooperation between Westminster and Northern Ireland, bearing in mind the previous deadlock with regard to the Irish border?

Steve Keen: I would be doing everything possible to avoid triggering response by either the Catholic faction or the Protestant faction in Northern Ireland, and try to keep things the same as the border between the north and the south to begin with; without the Irish themselves saying this is a step towards unification because that would trigger the Protestant reaction.

So it’s an incredibly difficult balancing act. I just wish it wasn’t even happening. In terms of will it be successful or not, my fear is that it won’t be successful and we will see a restart of the troubles.