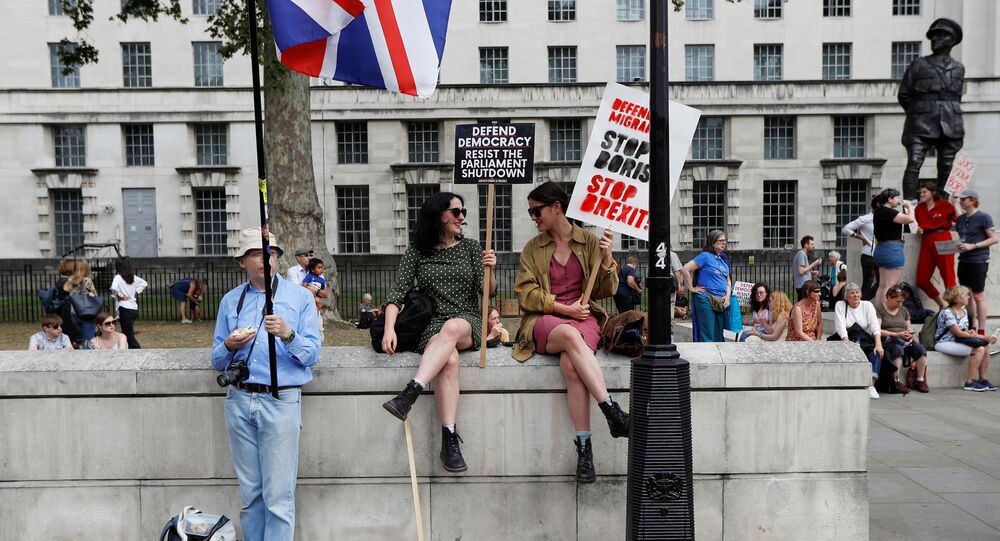 According to the BBC, 'live discusions' were taking place at 10 Downing Street to assess whether to approve a snap poll in Commons.

The UK Cabinet is preparing to meet later today, with a real possibility that UK prime minister Boris Johnson may put a motion down to ask Commons to vote for an election as soon as Wednesday, BBC political editor Laura Kuenssberg tweeted on Monday. The Downing Street has yet to comment on the speculations.

​But no final decision has been made, Ms Kuenssberg said, adding that a general election could come only if rebel Tories passed a law to block a no-deal Brexit.

Just what could they be discussing? I understand real possibility now Johnson might put a motion down to ask MPs to vote for an election this week BUT still no final decision - more on #PoliticsLive in a mo

The latest developments come as former Conservative ministers, including former UK justice minister David Gauke, are joining Labour to block a no-deal Brexit by the 31 October deadline. The British Prime MInister is set to hold the meeting at roughly 17:00 GMT on Monday.

Conservatives have been warned not to block a hard Brexit and have been threatened with deselection from the party and to stand in Commons as independent candidates, Sky News reported on Monday, citing a senior source from the whip's office.

Mr Johnson announced he would prorogue Parliament for up to five weeks leading to a Queen's Speech on 14 October in a bid to restrict lawmaker's chances to pass legislation on stopping a no-deal scenario, sparking protests across the country, with the largest held outside the Prime Minister's residence in Whitehall. No 10 has vowed to withdraw the UK from the European Union "come what may" by the 31 October deadline.

But Several Tory MPs rebelling against the Prime Minister, including Dominic Grieve and Oliver Letwin, later joined forces with Labour shadow Brexit secretary Keir Starmer to back efforts to block a no-deal Brexit just hours after convening Commons this week. News of a government draft motion aiming to restrict Parliament's chances of passing a law to 'hours' was leaked by BuzzFeed news on Monday, with the bill rumoured to be tabled on Tuesday or Wednesday.

In 2003, over a million people marched in London against the invasion of Iraq. Tony Blair ignored them and hundreds of thousands of innocent Iraqis died.

In 2019, some people march in London to stop a democratically mandated Brexit and Tony Blair says we must listen to them.

Speculation of snap elections prompted former UK prime minister Tony Blair to urge Jeremy Corbyn not to get caught in an "elephant trap", referencing Mr Johnson's potential general election push. The former centre-right Labour leader said that Mr Corbyn "should see an election before Brexit is decided for the elephant trap it is," adding that the Prime Minister could succeed as Brits "may fear a Corbyn premiership more".

Thousands Gather Outside No 10 For #StopTheCoup Protests as Tensions Mount Over Parliament, Brexit