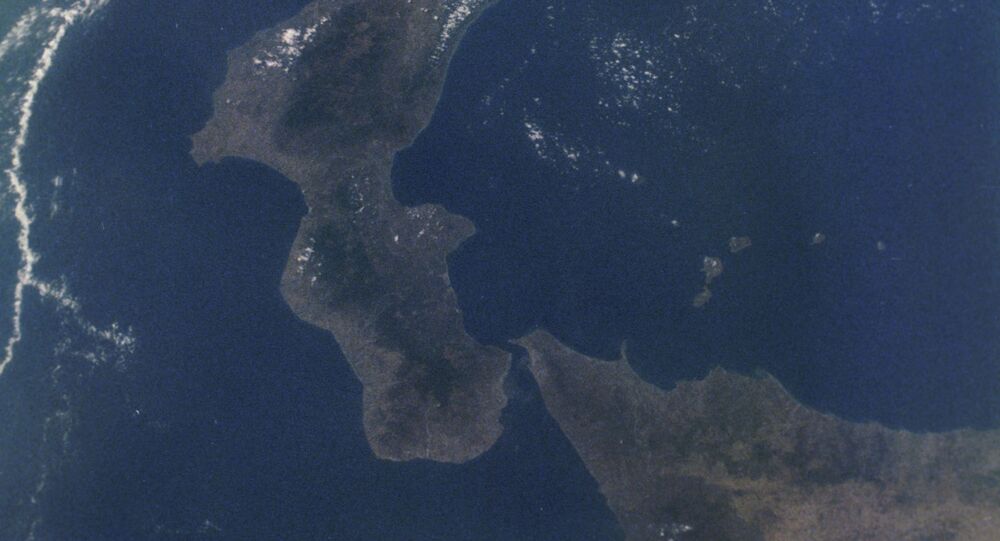 A new chapter in the never-ending story of building a bridge across the Strait of Messina, which separates Sicily from the mainland, is being reopened.

On 23 January, at a Regional Assembly meeting, Fratelli d'Italia MP Elvira Amata suggested obliging Governor of Sicily Nello Musumeci and his administration to start negotiations with the national government and other southern Italian regions in order to finally launch a project that would secure the territorial affiliation of Sicily and Calabria with mainland Italy. The resolution was unanimously supported.

The very idea of ​​raising funds in this way was born after Italy’s former Minister of Transport Ercole Incalza warned that the government risks losing €20 billion in EU financial support if they don’t invest it in specific projects. So why not re-propose the project that many believe could really help boost the economy of the whole of southern Italy?

Elvira Amata, head of the Fratelli d'Italia regional faction and president of the commission at the Sicilian Regional Assembly, believes that the funds received for the south have been significantly mismanaged.

Sputnik: How many EU funds are available for the south that could be allocated for the construction of the bridge? Why is there a risk of losing them?

Elvira Amata: The funds received from the EU in 2014-2020 have so far been managed in a ridiculous way: we haven’t used €20 billion, that’s a huge amount. This year, and over the next three years, we’ll have to spend €9.5 billion per year.

If you think that over the past five years only 8 billion have been spent, you’ll understand why it is so difficult to drastically change the situation. And there’s a significant risk that this money will be sent back. I consider this unacceptable.

Responsibility lies with those who ruled Italy at a time when this money should have been invested in business. As a result, the south risks missing out on potential GDP growth by as much as 1.5%; the southern regions cannot afford such a luxury. The information on spending was provided by former Minister of Transport Ercole Incalza, who is well versed in the subject; he talked about the aforementioned risk during his recent visit to the city of Messina.

Sputnik: Why have Italy’s southern regions, Sicily in particular, never come up with their own projects, despite the risk of losing €20 billion?

Elvira Amata: There are many reasons, and they concern the entire south of Italy. Let’s start with the bureaucracy, which is becoming a spoke that is constantly slipping into the wheels of those who work for the future. It’s hard to imagine how often the plans change in order to be able to adapt to the needs of the projects that have started, but are never completed. As a result, projects are closed and unspent money is returned – money that is essential for growth and modernisation, which these ultimately unfinished projects were approved for. This is not a joke, that’s exactly what happens.

Even after the list of tenders that could be included in the EU's six-year plan has been approved, there’re too few projects and/or their quality doesn’t meet the standards. Some projects may not have enough co-financing needed to activate European funds.

Sputnik: Could the situation reach a boiling point due to having to start everything all over again, with a new tender, new investors, and a new project, or will the history of the bridge across the Strait of Messina continue from where it stopped in 2013?

Elvira Amata: No, there’s no need to start from scratch. It’s possible to start the construction project form where it stopped. Of course, much has changed, both from a technical and environmental point of view. With the opening of the Nicaragua Canal and considering the doubling of the traffic flow through the Suez Canal, today the world is able to be completely circumnavigated. From this perspective, the bridge across the Strait of Messina, which is already considered strategic for the Valletta-Helsinki transport corridor, would allow goods to arrive from the Suez Canal directly to the Sicilian port of Augusta, from where they could be quickly delivered to the mainland. Today, such an opportunity exists only in the port of Naples, from where goods are transported throughout Europe, with all the ensuing consequences, both from the point of view of the underdevelopment of the south due to the failure to exploit its potential, and from an economic point of view for the end consumer. All goods delivered and produced in Sicily have added value, which can reach up to 25%.

Sputnik: Do you plan to revive the Stretto di Messina Spa organisation (which was supposed to implement a construction project for road and rail links between the island and the mainland)?

Elvira Amata: First and foremost, all pretending needs to stop. Politicians should finally say yes or no; this applies to both the central and regional governments, as well as to all parties.

From 2006 to 2011, it was a top-priority project; then it was postponed, resumed, and finally closed. Of course, there’re different strategic political views, but it’s impossible to cope with the symptoms of schizophrenia. If you say no, you need to clearly say this, then contact the European authorities to inform them that you don’t want to create one of the key corridors of the transport network; then you need to explain to the Italians that all this time you were joking, wasting money, and playing with the south, which is actually not a toy, and can potentially boost the economy of the whole country. Then you need to tell the residents of Sicily, Calabria, and all the southern regions, that you have kept them waiting for decades, without implementing any projects, even the most ordinary ones, and that you’ve returned €20 billion that could drastically change the situation. I look forward for someone to take responsibility and do this. But let’s face it: this will never happen. So, you need to say yes and get down to business. Since we are talking about public investments, which will include the aforementioned European funds, it would be enough to create a unit in the Ministry of Transport, which would adapt the infrastructure plan and track the progress of work.

Sputnik: You said that you don’t understand those saying that there are other priorities. There’s a real problem with roads in Sicily; there have even been protests by truckers. Is it possible to spend these funds both on the bridge and on projects for the overhaul of the internal road network, for example, the Palermo-Catania and Messina-Catania routes, which are in disrepair?

Elvira Amata: I am Sicilian and I feel all the inconveniences associated with the lack of necessary means to move freely. There are mountainous regions and small islands, which end up literally isolated in certain seasons. The Sicilian railway is also very far from meeting universal standards. The situation with roads is the same in many areas.

If we consider the bridge as an end in itself, we’ll come to nothing. This project should be part of a more extensive and thoughtful plan. The construction of the bridge should go in parallel with the implementation of a strategic plan for the entire south; an industrial plan for Sicily is needed. We need to discuss it with the central government.

We need to focus on ensuring the supply of agri-food products, tourism, culture, and the environment; these are our priorities. After such a long wait, we don’t like the idea of ​​a gradual implementation of plans. We need everything at once – and preferably yesterday.

There are so many opportunities in a globalized world. Sicily is the nerve centre of the Mediterranean, a link to Africa; it is at the intersection of trade routes, and therefore is the pivot for the economy, providing many opportunities that we shouldn’t miss!