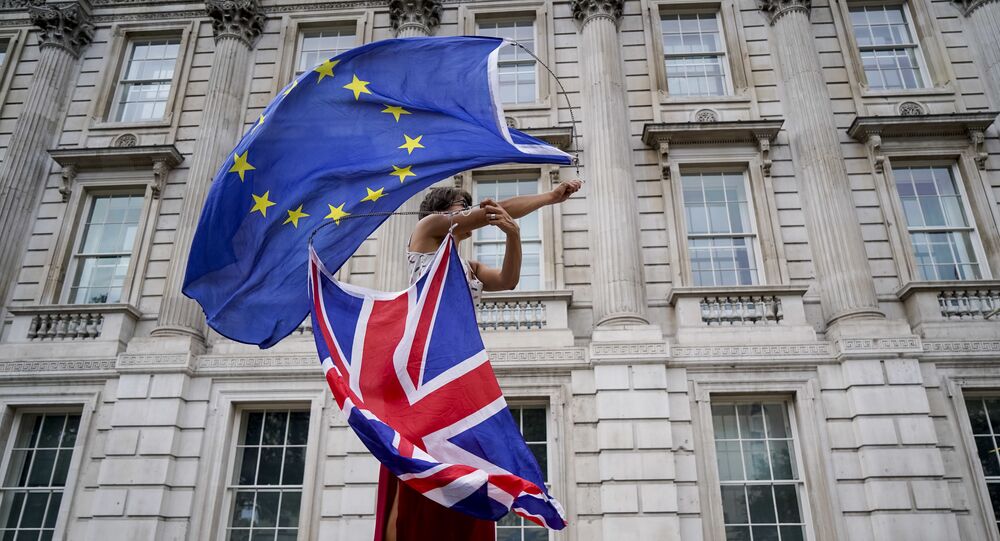 The Queen is set to use her latest Christmas speech to urge the UK to overcome its political and social divisions in 2020.

2019 was, of course, a difficult year for Britain, with the House of Commons remaining in deadlock until the recent general election, which saw the Conservatives and Prime Minister Boris Johnson effectively win a mandate to finally sever ties with Brussels in any way they see fit.

The royals themselves have also not had it easy in recent months, with both the Prince Andrew affair and negative publicity surrounding Megan Markle, leading to increased scrutiny coming to the house of Windsor’s way.

But as the majority of 2019 was something of an annus horiblis for Britain, could 2020 prove to be a turning point?

We spoke with journalist Marcus Stead to get his views on the matter.

Sputnik: Will the UK finally be able to leave the EU in 2020?

Marcus Stead: Things are changing very quickly right now. The EU withdrawal bill got through the House of Commons last week and it’s safe to say that we are in a very different place now to where we were before the election.

Boris Johnson’s Conservative government has a sizeable majority, the new speaker of the house Sir Lindsay Hoyle is a man of integrity and humour and we won’t see any tight votes or the sort of shenanigans that we saw throughout most of 2019 any time soon.

That is not to say that there will not be significant obstacles ahead in early 2020. It’s highly likely that the House of Lords will try to frustrate and delay the passage of the EU withdrawal bill as it’s dominated by remain supporting peers and quite a few politicians who have been rejected by their electorate in their own former constituencies when they were MPs, that being said; they may well be an irritant but the bill will pass and the UK will leave the EU at the end of January 2020.

We shouldn’t shy away from the reality that this will be started, rather than the end of a process. The early months of 2020 will be dominated by negotiations between Boris Johnson’s team and EU officials, over how the long term relationship between the EU and UK will be.

This process needs to be over by December 2020 and bearing in mind that the EU has a lengthy summer holiday; realistically most of that detail will need to be agreed by July, so it can be ratified in the autumn, but Boris Johnson has a mandate from the British people and a very clear one at that, however, he also needs to be aware of his own weaknesses and characters flaws.

Boris Johnson is not a man of detail and therefore he will need to surround himself with the sort of people who make up for that, but the signs are positive as Dominic Cummings and others are likely to prove formidable negotiators.

The negotiators will need to be aware of the potential traps and pitfalls that the EU might try and set, which will not be in the national interest, they need to be very wary of the wording, contracts that continue indefinitely and that we have no clear way of bringing to an end, that sort of thing.

Sputnik: Could a no-deal Brexit still be feasible?

Marcus Stead: It’s important that Boris Johnson and his team make it very clear early on to the EU that they shouldn’t play silly games, and if we are not happy with what the EU is offering; we are willing to walk away and all future business will be done on WTO terms.

That wouldn’t be great for the UK, but it would be far worse for the EU as they sell far more to us than we sell to them, it would be very damaging for the German car industry for example, so one of the main battles will very likely be over the regulatory alignment.

The biggest pitfall of all that we should avoid is being part of the customs union, because if the UK is in the customs union; it will seriously harm our ability to form trade deals with the wider world.

Sputnik: Can the Royal Family recover from their recent scandals?

The Royal Family has had scandals of one sort or the other over the years, think back to 1992 in particular; when three of the four of the Queen’s children separated in the space of a year, but in 2019 we’ve seen particularly with the Prince Andrew situation, there has been nothing quite on this scale before.

© REUTERS / TOBY MELVILLE
Johnson and Corbyn Debate on Parliament's Agenda Following Queen's Speech - Video
That will then be a very difficult time for the Royal Family, but I hope they can recover; because whatever difficulties there are with the Royal Family, I prefer it to the alternative options such as like in the United States, where they have an elected head of state, but their head of state is a very political figure.

The Queen and monarch traditionally stays out of politics in this country and has done for several hundred years, so it’s not perfect but it’s the best system we’ve got, but I do think that when the Queen goes; that the Royal Family will have significant difficulties and that calls for a republic may get far louder.