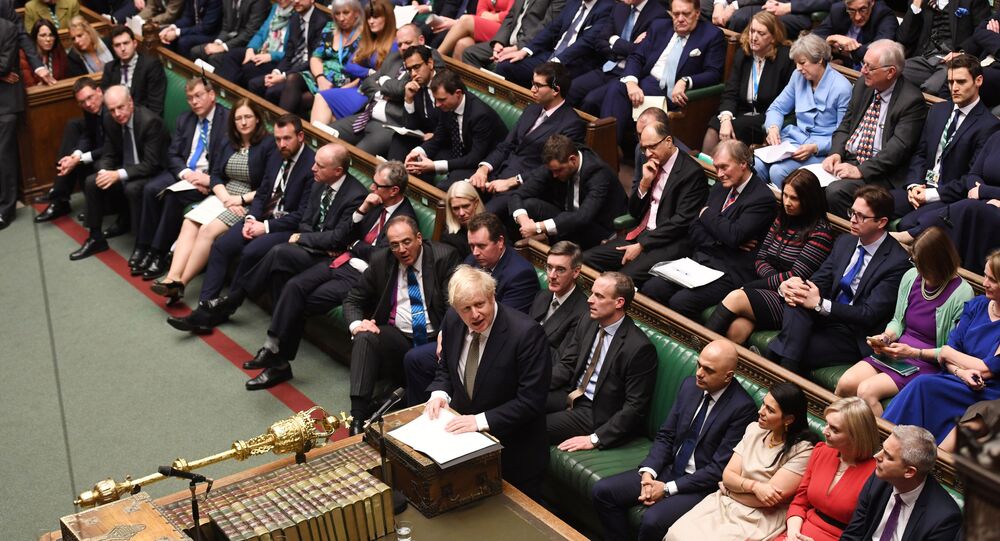 Johnson's Conservative Party made 'getting Brexit done' a key pledge ahead of last week's elections, which saw the Tories gaining a sweeping victory over their Labour opponents.

British Prime Minister Boris Johnson won support for his Brexit plan in a vote in parliament Friday afternoon, bringing the UK one step closer to fulfilling London's pledge of a January 31 exit from the European Union.

According to Reuters, 358 lawmakers in the country's 650 member parliament voted in favour of the legislation, formally known as the 'Withdrawal Agreement Bill', with 234 opposed. The bill now moves on to the committee stage, where further amendments may be made.

Ratification of the agreement will continue after Christmas, after which it will be voted on by the House of Lords, and move on to receive Royal Assent from Buckingham Palace.

Under the bill, the UK will formally complete its withdrawal from the EU at the end of January, and reach a trade agreement with Brussels by the end of 2020. During the transition period, the UK will continue to remain a de facto member of the political and economic bloc.

Johnson promised in his remarks Friday that he would not allow trade negotiations to drag on during the transition, saying extending "acrimony and anguish" accompanying such delays would amount to a "torture that came to resemble Lucy snatching away Charlie Brown's football."

Johnson tabled the bill to parliament earlier Friday, urging lawmakers to pass his withdrawal agreement. The Labour Party, which suffered its worst election defeat since 1935 in last week's elections, voiced dissatisfaction with the prime minister's withdrawal agreement. Labour leader Jeremy Corbyn complained that a number of provisions regarding workers' rights had been withdrawn from the bill after the Tories' electoral victory. According to Corbyn, there could have been "a better and fairer way to leave" the bloc.

Johnson called on lawmakers to unite, saying "This is a time when we move on and discard the old labels of 'leave' and 'remain'. Now is the time to act together as one reinvigorated nation."

According to the prime minister, with the Brexit vote done, "The sorry story of the last 3 1/2 years will be at an end and we will be able to move forward together."

The UK missed a Brexit agreement deadline in October, leading to snap parliamentary elections in December in which the Conservatives gained 48 seats, securing a comfortable majority in the House of Commons. Labour, meanwhile, lost 60 seats, prompting party leader Jeremy Corbyn to announce plans to step down.