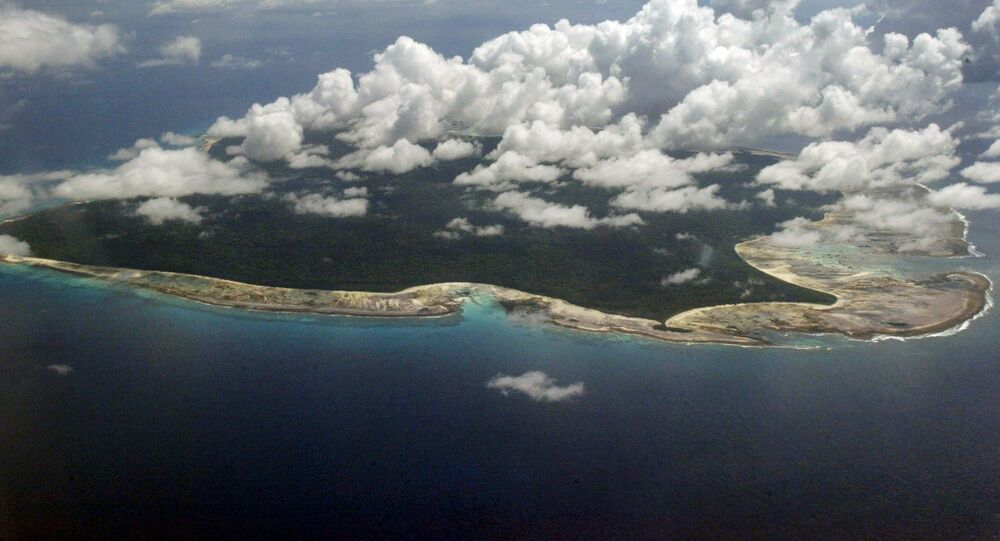 New Delhi (Sputnik): Thailand Navy has rung alarm bells on the announcement of beginning of operation by one of the Kilo class submarines of Myanmar in the Andaman Sea. The navy has termed it "new situation" amid increasing presence of submarines including of Chinese origin in the eastern margins of Indian Ocean.

The presence of Chinese-origin submarines in the Indian backyard holds potential to lead to "Unintended Submarine Encounters", a key Indian navy official Captain Gurpreet Khurana warned in view of the developments.

"Unintended encounters" may occur as submarines use Sonar (Sound Navigation and Ranging) to detect target ships but cannot verify the country to which the target ships belong.

The latest development, prompting the Royal Thai Navy to raise the alarm, came days after that Indian Navy claimed that its warships "drove away" a Chinese research vessel from the Andaman Sea.

Commenting on the Chinese vessel's presence in the Andaman Sea, Indian Navy Chief Admiral Karambir Singh had announced if any navy has to "do anything in our Exclusive Economic Zone (EEZ), you have to notify us and take permission".

The naval official opined the increasing presence of submarines from different countries in the Andaman Sea, will completely change the power dynamics within the margins of the eastern Indian Ocean.

The ocean is separated from the Bay of Bengal by the Andaman Islands of India and Myanmar and touches Myanmar, Thailand, and the Malay Peninsula.

Claiming that there is no "direct military threat from its maritime neighbours in the Bay of Bengal", Captain (Dr.) Gurpreet Khurana, a former Executive Director of the National Maritime Foundation, also warned: "The increasing strategic dependence of some countries on China translates into adverse ramifications for regional security and stability."

The uninterrupted dominance of Indian Navy may also be challenged in the Andaman Sea. It is possible with the induction of two Ming-class diesel-electric submarines of Chinese-origin by Bangladesh and the proposed induction of the Royal Thai Navy's first S26T submarine. The Thai submarine is a Chinese 039B Yuan-class submarine, and it will be inducted by 2023.

The Thai Navy has rung alarm bells over the announcement of the beginning of the operation by one of Myanmar's Kilo-class submarines in the Andaman Sea. The navy has called it "a new situation" amid the increasing presence of submarines including those of Chinese origin in the eastern margins of Indian Ocean.

The Thai government has also indicated that it may expedite the process to buy more submarines from Beijing, considering Myanmar's enhanced activities in the water.

The naval officer also said the growing presence of Chinese-origin submarines' will lead to "an increased risk of problems in water-space management".

It means given the limited space in the Andaman Sea; it will be a challenge in terms of the deployment of naval assets.

Besides military reasons, the Chinese deployment may also increase in the region due to Beijing's rising economic interests. China's oil pipeline to the port city of Kunming in Yunnan Province through Myanmar's Kyaukpyu oil terminal is already operational. Also, a parallel natural-gas pipeline is under consideration.

Chinese investment in Myanmar's Kyaukpyu port will lead to further enhancement of China's geostrategic stakes in the Bay of Bengal (India). Therefore, it is needed to protect Beijing's interests through an increased naval presence.

In any case, China has always been on the lookout for maritime facilities in Bangladesh, Myanmar and Sri Lanka, which it could also use to enhance the sustenance of its naval forces in the area.

Another Indian Navy official, while requesting anonymity, said the US and Japan understand China's strategy very well, which is leading to a big-power rivalry in the Bay of Bengal-Andaman Sea for a strategic presence.

"The area is likely to become the next theatre for naval rivalry since it leads to the highly strategic Malacca Straits, which are also China's 'jugular' in terms of the vulnerability of its sea-borne energy imports sourced from West Asia and Africa," the official added.