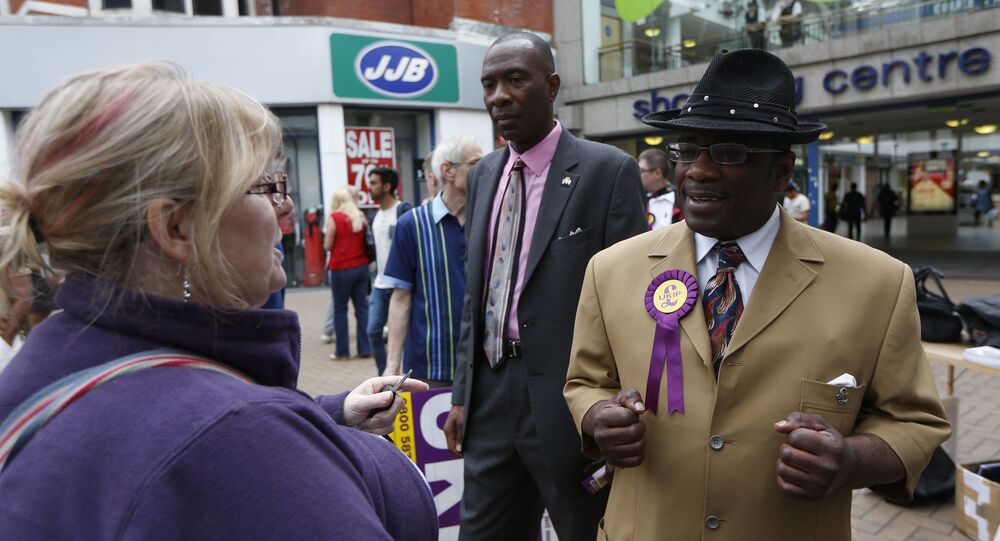 British Prime Minister Boris Johnson has promised to deliver Brexit next January should he win December’s general election, and that doing so will boost the UK’s economy.

The statement stands in stark contrast to the messages of his political rivals, with Labour’s official stance on the matter being to negotiate another divorce bill with the EU, and then hold a second referendum.

Whilst the Liberal Democrats simply want to revoke Article Fifty, no questions asked.

But will a strong Brexit stance prove to be the key factor in deciding who comes out on top come polling day?

Sputnik spoke with former London mayoral candidate Winston McKenzie to get his views on the issue.

Sputnik: Will Boris Johnson achieve a majority at the general election?

Winston McKenzie: I am beginning my campaign as of today, and I believe that what Nigel Farage has done when I look at the many aspects and implications of it, it affects the black community especially, very deeply for the simple reason that Labour support the EU incessantly.

The EU and its allies are destroying the likes of Africa and the Caribbean, keeping them starved and I don’t believe that Boris Johnson is in a strong position, we are heading towards a hung parliament, and I am going to campaign vigorously, directing Afro-Caribbean people and Africans not to vote for Jeremy Corbyn, because a vote for Jeremy Corbyn is indicative of a vote for more slavery and disenfranchisement.

Sputnik: Does the British parliament need reform in order to avoid future stalemates?

Winston McKenzie: The leave vote has still not been carried out, can you believe that? Over a million and a half majority or more voted to leave the EU, and it hasn’t been carried out, it’s sickening. We’ve got untold politicians in parliament, who have massive interests in the EU, big business interests and they are so undemocratic it’s unbelievable.

It brings you back to the old Bob Marley song “it takes a revolution to make a solution”, and if we continue in the same vein in which we are now; we are going to see a revolution in this country.

Sputnik: How damaging would it be for the UK if Jeremy Corbyn became Prime Minister?

© Sputnik / Джастин Гриффитс-Уилльямс
Going It Alone? Johnson to Call Out 'Political Onanism' Ahead of General Election
Winston McKenzie: We are already headed for the swanny, and if Corbyn gets in; it will be Armageddon because of the massive debt that he and Labour will throw us into, so whilst I believe distinctly that we will have a hung parliament, because Boris Johnson just happens to be the best of two evils, I’m very distressed as I don’t know what’s going to happen to our country.

We could end up with a hung parliament, we are going to have a halfwit Prime Minister in power, and Corbyn is a terrorist sympathiser, so I’m absolutely bewildered like many Brits.