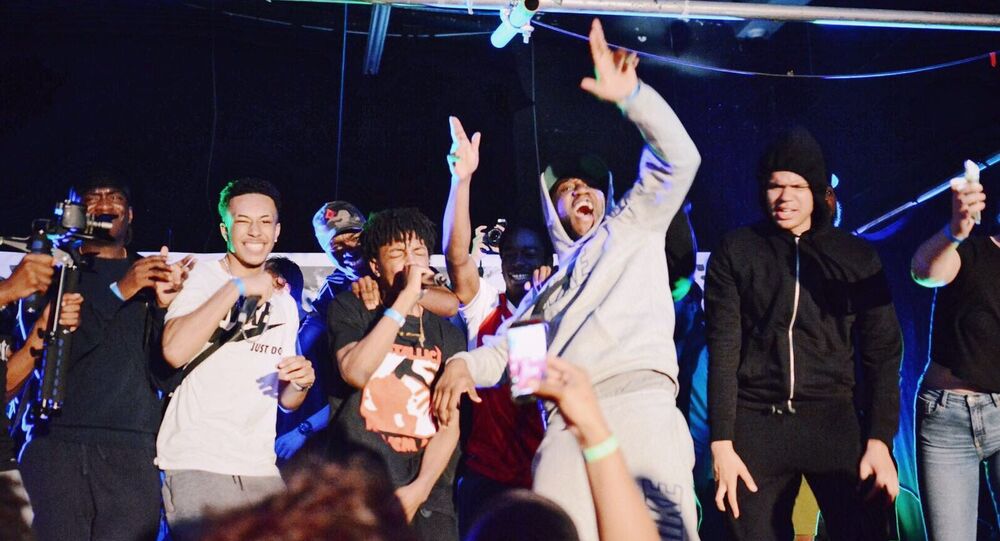 In the run-up to the 2017 snap election in the UK, the Labour Party focused on encouraging young people to head to the polls, including by recruiting some big names in the grime scene.

Grime is a musical genre that originated in London in the early 2000s, emerging from other styles such as electronic music and hip hop. Rapping and manic jagged beats are a significant element of grime.

Some of the most prominent voices of Britain’s grime scene rallied behind Jeremy Corbyn in the 2017 snap election campaign as part of the #Grime4Corbyn movement, which encouraged more young people to vote Labour.

That movement has contributed to the so-called “youthquake” – the phenomenon of an unprecedented turn-out among young voters in 2017. It is estimated that some 63 percent of 18-29-year-olds voted for the Labour at the time, helping Corbyn make an unexpected 10-point advance from 2015 – a defeat many viewed as a victory at the time.

But it looks like some of those grime artists have become increasingly disenchanted with Corbyn since then.

“The general consensus is that they were used,” a grime manager told The Guardian on condition of anonymity. “They didn’t follow up. They weren’t expecting a general election so soon, and it’s a bit late to go to the grime community now after ignoring us.”

AJ Tracey, a rapper who called on young people in a 2017 video address to vote Labour to “give people a chance”, told The Guardian last month that the Grime4Corbyn movement had “actually helped [Corbyn] a lot and I feel like he didn't capitalise on it... He didn't utilise what he had”.

Another former Corbyn supporter, the MC/rapper Skepta, said in a December 2017 interview: “Four months later, they just don’t give a f**k about us again."

“They’re back to doing what they’re doing. They use us – them, not me – for what they wanted to use them for and they’re back doing their bulls**t. They need to understand we’re human beings.”

Grime4Corbyn “actually helped [Corbyn] a lot and I feel like he didn’t capitalise on it,” said AJ Tracey, another disappointed member of the grime movement. “He didn’t utilise what he had.”

One of the group’s organisers, Adam Cooper, denied having manipulated the artists. He said Grime4Corbyn had since delivered workshops and discussed what they’ve been doing since the 2017 election at youth clubs and colleges. The group also signed an open letter protesting against the injunctions which prohibit the performance of certain drill songs because of their violent lyrics.

“I think doing the less high-profile work after the election: going to youth clubs, colleges and running workshops might have given the impression that we disappeared,” Cooper was quoted as saying. “Or that we weren’t continuing the momentum, and that wasn’t really the case.”

He believes that there has been a change of “discourse” among young people, who have turned their attention to the 'Fck Boris' movement. Fck Boris is the group that staged a street party with dance music outside 10 Downing street in July on the same day when Johnson was announced as Britain’s new prime minister.

The Grime4Corbyn website is currently dormant, and no events are reportedly planned under their name prior to the December vote.

Some former members of the Grime4Corbyn team are said to have joined Fck Boris. Another rave is happening in the prime minister’s Uxbridge constituency on Saturday, 16 November, and a dozen other events are set to take place across England.

Fresh polls indicate that the Labour Party is poised to suffer a major loss of support in virtually all regions of Britain.