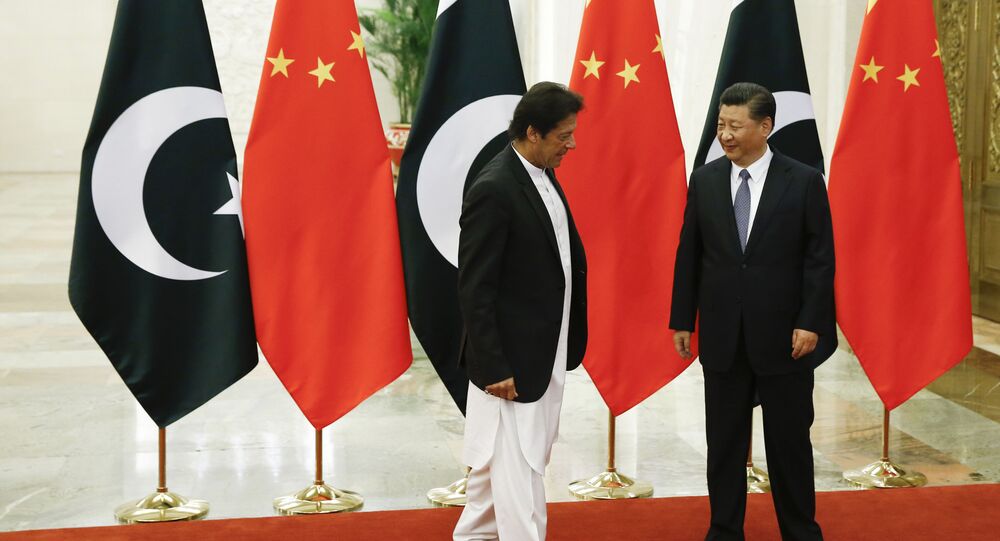 New Delhi (Sputnik): No one will help India remove Pakistan from its equation with the rest of the world if New Delhi does not do so itself, according to a Distinguished Fellow at the Institute of Defence Studies and Analyses (IDSA).

Like most major global players, China too has used its proximity to Pakistan and its current trade-linked advantage over India to keep New Delhi from getting too close to the US, Dr Baru who has also been an advisor to former Indian Prime Minister Manmohan Singh, said on Monday while writing for an Indian daily.

“Responding to India’s closer relations with the US, at a time when US-China relations have deteriorated, China has developed its own risk mitigation strategy by strengthening its partnership with Pakistan", Dr Baru said as stated in an article published in the Indian daily, Indian Express.

On the issue of trade balance being in China’s favour, Indian Prime Minister Narendra Modi’s second informal meeting (after Wuhan in April 2018) with Chinese President Xi Jinping in the resort town of Mamallapuram in southern India and their significant decision to raise bilateral economic dialogue to the level of finance ministers should help bridge this deficit, he adds.

India’s belief that China has used the multilateral trade regime to enter the Indian market without providing equal access to its own market is partially correct.

New Delhi can look at ways to export more to Beijing and undertake economic course corrections domestically to ensure a more equal partnership, he says.

“I have always insisted that India seeks the same level of engagement with the US that China already has — given the US’s more developed business-to-business and people-to-people relations with China", he adds.

India is aware of its “widening power differential”with China, and is therefore using interactions like Wuhan and Mamallapuram to realise its long term goal of having a “stronger, more productive and competitive economy".

Regular informal dialogue between India and China can go a long way in erasing the existing trust deficit and, in that context, “the next decade” is crucial for both, bumps in bilateral ties notwithstanding, he concludes.