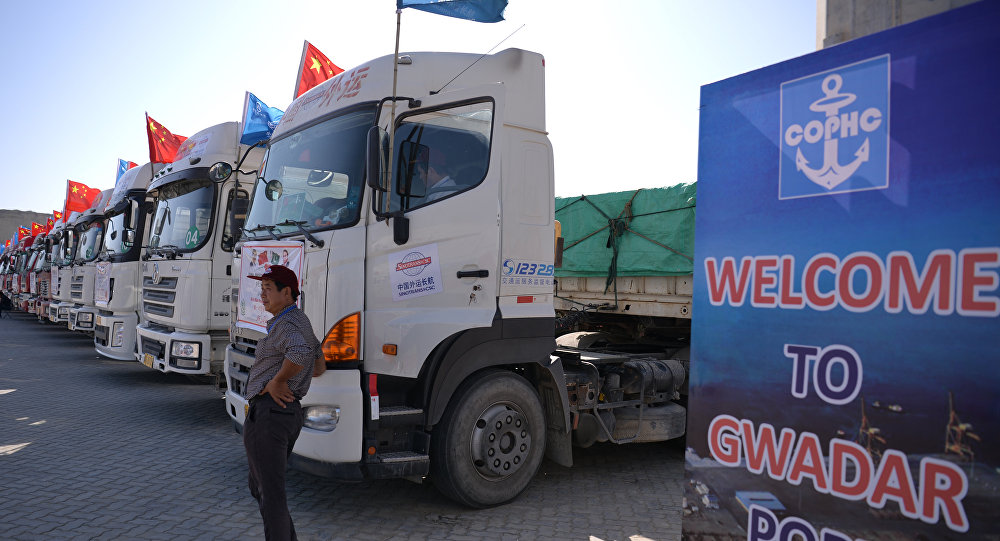 New Delhi (Sputnik): China recently expressed security concerns for its workers in Pakistan’s port city of Gwadar in Balochistan, who were the target of an attack by Baloch activists allegedly aiming to disrupt the multi-billion dollar China-Pakistan Economic Corridor (CPEC) project.

The Pakistani military is in the process of raising a division headquarters of the 44th Light Infantry in Balochistan’s Gwadar to coordinate security initiatives and protect the China-Pakistan Economic Corridor (CPEC).

India has opposed the project as it passes through the disputed territory of Pakistan-administered Kashmir.

“India has consistently expressed concerns to both China and Pakistan on the projects in so-called China-Pakistan Economic Corridor, which is on the territory of India”, Indian Ministry of External Affairs spokesperson Raveesh Kumar stated in September.

The CPEC is a flagship infrastructure-related project of China in Pakistan and is a part of the over $50 billion Belt and Road Initiative (BRI) that aims to link the continents of Asia, Africa, and Europe.

The move to create the new division headquarters was taken after China ramped up pressure on Pakistan to ensure proper security for the project and the thousands of Chinese workers in the area, media reports said, citing sources in the Indian defence and security establishment.

A series of attacks this year and earlier from Baloch activists has raised concerns for China; on 12 May, gunmen stormed a five-star hotel in Gwadar and killed five people.

The Baloch Liberation Army (BLA), an ethnic Baloch group fighting for the independence of Balochistan province, claimed responsibility for the attack.

On 10 May, five people were killed in a gun and bomb attack on a coal mine while on 18 April Baloch separatist gunmen allegedly killed 14 bus passengers, including 11 personnel of the Navy, Air Force, and Coast Guards, in southern Balochistan.

In November 2018, the BLA launched an armed assault on the Chinese Consulate in Karachi, killing two policemen and two civilians.

In May 2017, militants of Baloch Liberation Army opened fire on a group of labourers working on one of the networks connecting roads that form part of the CPEC.