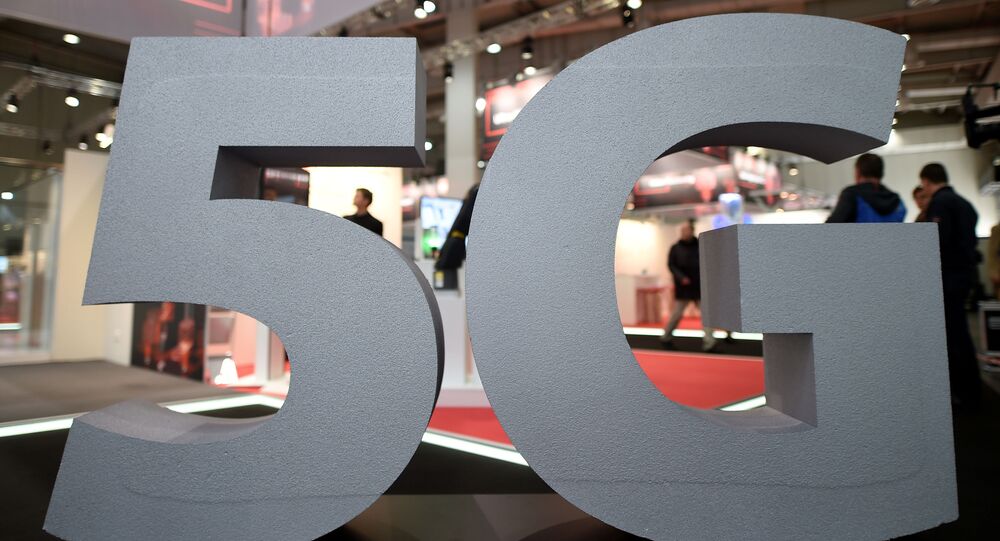 As European states appear to be caught by the US-China fight over Huawei, The French telecom company Iliad has announced it had picked Nokia for the expansion of its 5G network in France in a step that the Finnish national broadcaster dubbed a “market turning point”.

Finnish political analyst Petri Krohn has commented on whether there were political motives in the French telecom giant's decision to pick the Finnish company over its Chinese rival.

Sputnik: In your view, what is the reason for the choice of Nokia instead of Huawei?

Petri Krohn: Telephone companies want “strategic independence”. They do not want to be locked into one network supplier. “5G” is a standard, not only for the radio interface between the handset and the network, but also for the network elements and their interaction.

1st generation analogue mobile networks were mainly national endeavours, with each country using their own technology, sometimes multiple competing technologies. The exception was the Nordic Mobile Telephone network NMT. Second-generation digital networks saw the emergence of the pan-European GSM standard that later developed into a global standard. The third generation still saw two competing standards, with the American CDMA2000 challenging the more international 3rd Generation Partnership Project (3GPP) and its UMTS standard. By the fourth generation, there was only one global standard, LTE developed by 3GPP.

Fifth generation mobile telephony, 5G, is another 3GPP standard. It defines the structure of the radio access network and the core network. All network elements should be interchangeable between hardware vendors.

A mobile phone operator placing an order for network elements from some company does not mean that they want to buy a turnkey network form this one vendor. Independence comes from the ability to deploy hardware from all the key vendors, Nokia, Huawei, Ericsson, Samsung.

It is difficult to see a political motive or message in a single deal. Nokia had a better proposal at the right price.

Another issue is continuity. 5G will not replace 4G networks, but will largely rely on 4G core network elements. Nokia has been working with Iliad since 2010. A new technology or radio interface is not a reason to change one’s network supplier [in and of itself].

Sputnik: How do you rate the capacity of Nokia and Huawei to provide 5G networks?

Petri Krohn: Both companies seem to be reaching initial capabilities at about the same time. Pilot networks have already been delivered.

It has been suggested that Huawei gear is cheaper. But Nokia has also been producing its hardware in China. I would not be surprised if both hardware came from the same Foxconn factory in China.

Sputnik: How much was the decision dictated by US pressure to postpone cooperation with Huawei? Can we say that European companies have succumbed to US influence?

Petri Krohn: It is interesting that the announcement comes after Macron’s speech on France’s future role as a "balancing power" between the US and Eurasia.

Buying from a European supplier strengthens Europe’s “strategic independence”. But this independence entails the ability to buy from China, despite US pressure. I believe the EU will resist US bullying on strategic issues like telecommunication. Britain on the other hand is sliding into US dependence, Brexit or no Brexit.

Sputnik: What is the outlook for Huawei in the European market?

Petri Krohn: There are estimates that say Huawei would grab a 25% global market share for 5G networks, with Nokia and Ericsson close behind. Huawei is strongest in Africa.

My best guess is that the European market will be evenly split between Huawei and its two Nordic competitors.