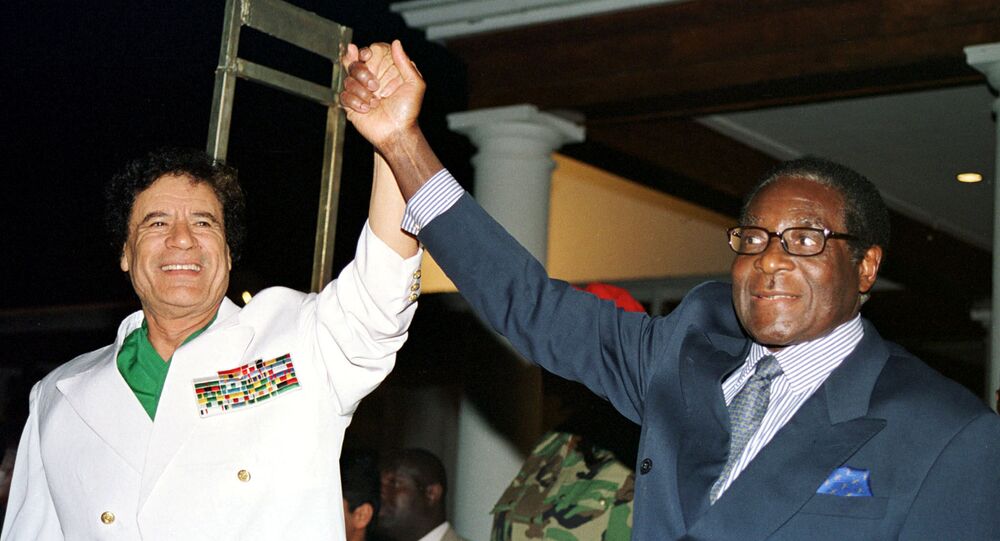 Former Zimbabwean President Robert Mugabe, 95, passed away at Singapore’s Gleneagles Hospital on Friday. Though Mugabe was removed from office in November 2017, his death has reignited conversations about his legacy and once again thrust Zimbabwe’s future into the global spotlight.

Rather than provide a full look into Mugabe, Zimbabwe, and how other world powers contributed to the decline of the African nation, Western outlets such as the New York Times chose to run watered-down, one-sided views of Mugabe and referred to the leader as a “strongman.”

“Until 2017, he was the only leader his country had known since independence in 1980. He presided over its long decline,” read the NYT’s Friday piece on Mugabe.

Dr. Gerald Horne, a professor of history at the University of Houston and author of “White Supremacy Confronted: U.S. Imperialism and Anti-Communism vs. the Liberation of Southern Africa from Rhodes to Mandela,” joined Radio Sputnik’s Loud and Clear on Friday to discuss how he views Mugabe’s legacy and where Zimbabwe is headed.

“Robert Mugabe led a movement, the Zimbabwe African National Union [ZANU] which, in the Cold War context, was seen as an ally of the People’s Republic of China at a time of rising Sino-Soviet tensions. As a result, he was viewed rather benignly in Washington for a good deal of his post-1980 independence tenure,” Horne told hosts Brian Becker and John Kiriakou.

Mugabe then “crossed a red line” and “sent out a worrying signal to other settler colonial states” when he moved to take back the land from the country’s European minority with the Fast-Track Land Reform Program in 2001.

Horne went on to explain that of those “settler colonial states,” the US specifically proceeded to impose “draconian sanctions” on Zimbabwe through the Zimbabwe Democracy and Economic Recovery Act, which he said both burdened the country’s economy and plummeted the value of its currency.

According to the professor, it was this and the country’s “counter-reaction” that triggered the coup that deposed Mugabe in 2017.

“There was a succession crisis in the upper levels of ZANU-PF, the ruling party. The ruling party was and still is heavily factionalized, and so therefore, rather than having a showdown between various factions, which it was thought would lead to bloodletting, there was an attempt to keep a Mugabe in power to keep the various factions from each other’s throats,” Horne said.

However, this is no longer the case, as Mugabe has passed, and his wife Grace, who has been called “Gucci Grace” for her expenditures, is no longer in the political realm of Zimbabwe.

But “there are some hopeful signs,” Horne admitted. One encouraging event was the recent meeting between Mnangagwa and Japanese Prime Minister Shinzo Abe at the seventh Tokyo International Conference for African Development.

Horne also pointed out that throughout the years, Zimbabwe has remained a close ally of China, and Beijing has even called on other nations to end sanctions against the African country.

Another promising event set to take place in the near future is the October 25 day of solidarity. According to Zimbabwean outlet The Patriot, all 16 members of the Southern African Development Community will come together on that day to oppose the “illegal sanctions imposed on Zimbabwe by the United States of America, the European Union and their Western Allies.”