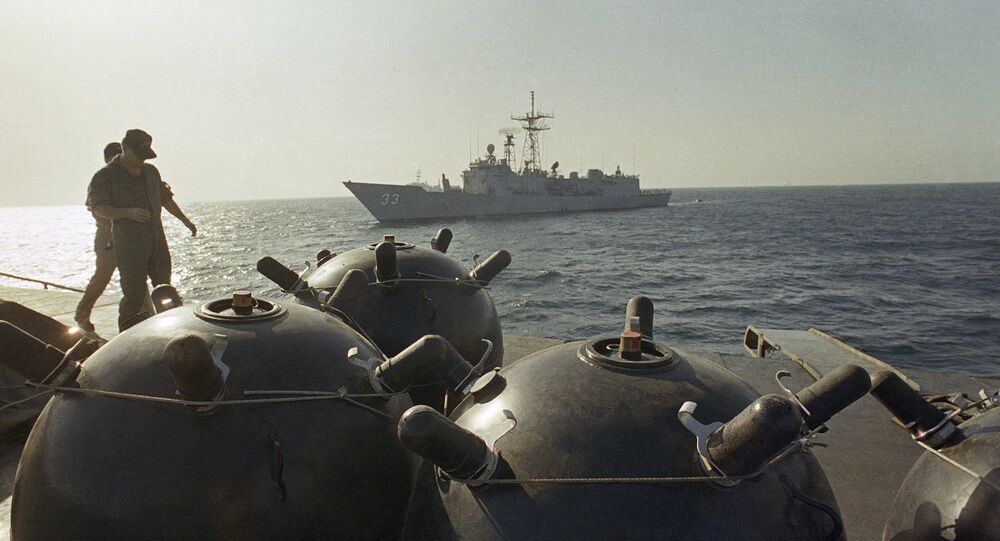 Israel is Seeking to Ignite a Conflict or Even War Between the Gulf States, Iranian Scholar Believes

Iran has warned Israel and the US about the formation of a US-led flotilla in the Persian Gulf. On Thursday, Iranian Defence Minister Amir Hatami said that it would have “disastrous consequences" for the region.

Hatami held telephone talks with his counterparts in Kuwait, Oman, and Qatar urging them to resist US efforts to expand its presence in the Gulf.

Amid rising tensions, the US has been seeking to form a coalition known as Operation Sentinel in order to protect shipping in the Strait of Hormuz.

Earlier this week, Israeli Foreign Minister Israel Katz said that Tel Aviv would join the US-led naval security mission. According to Israeli media reports, Katz said that the goal is to protect trade routes in the Persian Gulf, help counter Iran, and strengthen relations with Gulf countries. Israel is said to be assisting the mission with intelligence cooperation.

Seyed Hadi Borhani, an instructor at the University of Tehran, an expert on Middle Eastern countries, gave his take on Israel's participation in this mission:

“Israel does not have any interests in the energy sector or any other field in this region, therefore, it has nothing to protect here. Rather, Israel has other goals. I think that it's seeking to ignite a conflict or even war between the Gulf countries such as Iran and Saudi Arabia”.

Talking about Iranian authorities possible reaction to Israel's actions, Borhani noted that Tehran sees this as a serious threat:

The views expressed in this article are solely those of Hadi Borhani and do not necessarily reflect the official position of Sputnik.