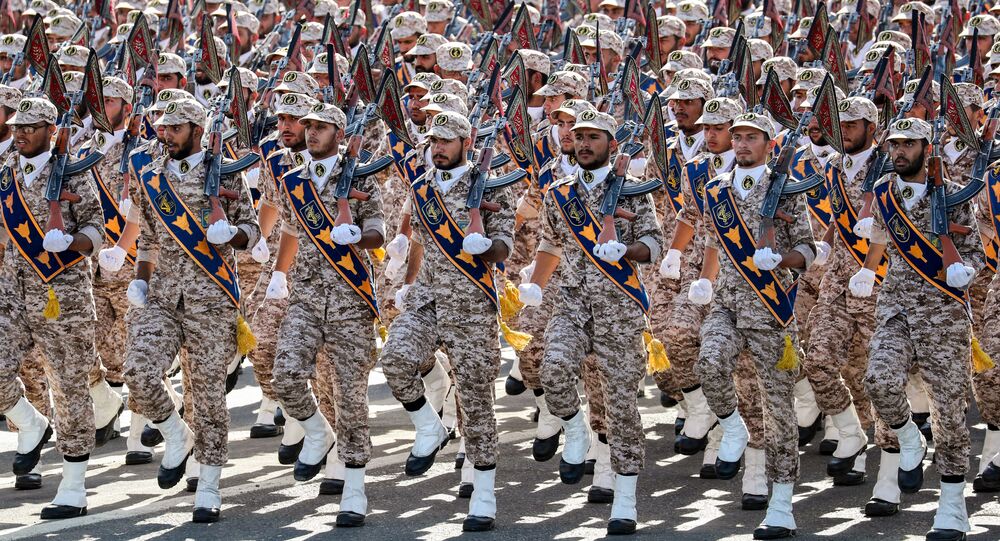 Israeli media reported earlier this week that Foreign Minister Israel Katz had agreed to sign up for the US-led maritime coalition against Iran in the Persian Gulf.

Any Israeli involvement in any maritime coalition in the Persian Gulf is a "clear threat" to Iran's national security, and Tehran has the right to confront the threat, the country's Foreign Ministry Spokesperson Abbas Mousavi warned on Friday.

"Within the framework of the country's deterrence and defensive policy, the Islamic Republic of Iran reserves the right to counter this threat and defend its territory", he noted.

The remark comes shortly after Iranian Defence Minister Brig. Gen. Amir Hatami said that the US-led initiative would result in further instability in the region, while any Israeli engagement in the mission could lead to catastrophic repercussions.

"The region should not be an area for foreigners. There is no doubt that the countries of the Persian Gulf region should ensure security in the region. The Islamic Republic of Iran is also an important country for maintaining stability in the Gulf", Hatami was cited as saying by IRNA, as he spoke to his counterparts from Qatar, Oman and Kuwait on Thursday.

The minister has as well pointed out that Israeli participation would be "highly provocative, and could have disastrous consequences for the region".

Islamic Revolutionary Guard Corps (IRGC) Commander-in-Chief Maj. Gen. Hossein Salami has, meanwhile, warned that Israel's existence would be threatened with "irreversible collapse" if Washington and its regional allies move to start a new war with Tehran.

The military official, likewise, slammed a potential operation in the Gulf as a "coalition of demons" and suggested that Iran was already mired in a war with the great powers of the West, facing "maximum political and economic pressure, psychological operations, cultural assaults, economic seizures, and even security threats and military intimidation".

The statement follows reports that Israel would provide assistance in intelligence and other "unspecified fields" to the US-led naval mission, dubbed Operation Sentinel, to police the Gulf region in the aftermath of "sabotage attacks" against oil tankers in the region.

According to Ynet News, the announcement was made by Israeli Foreign Minister Israel Katz at a closed session of the Knesset Foreign Affairs & Defence Committee on Tuesday.

Relations between Israel and Iran have been strained, as the former has consistently expressed concern over Tehran's alleged "entrenchmebnnt" in the Middle East, namely in Syria. Tel Aviv has blasted Tehran for its purported efforts to expand its clout in Syria and establish a permanent military presence in the Arab Republic.

The Israeli Defence Forces have been conducting airstrikes against what they claimed were Iranian military targets in Syria, while the Islamic Republic has on a multitude of occasions argued that it has only been sending military advisers to Damascus to help it fight terrorism. Tehran has, however, as well ramped up its rhetoric against Tel Aviv, promising to wipe it off the political map should it take any action against Iran.

Tensions Running High in the Gulf

Tensions in the Persian Gulf were dramatically exacerbated in May when four vessels - two Saudi, one Emirati and one Norwegian - were allegedly "sabotaged" near the UAE port of Fujairah. The following month, two oil tankers - Japanese and Norwegian - were purportedly targeted in the Gulf of Oman near the Strait of Hormuz. Both incidents were blamed on Tehran by Washington and its regional allies despite Iran's consistent denial of its involvement.

Last month, the Iranian Islamic Revolutionary Guard Corps (IRGC) seized a UK-flagged tanker in the Strait of Hormuz, accusing it of violating maritime rules and performing dangerous manoeuvres. As a result, the United States came up with a plan to set up an international naval force, Operation Sentinel, to patrol the Persian Gulf against a purported Iranian threat.

Washington has invited a number of European countries, Japan, South Korea and Australia, among other nations, to join its coalition, with US Vice Admiral Michael Gilday saying that the US Navy was looking to ensure that "80 or 90 percent" of the work in the mission was done by Washington's allies. American efforts would, meanwhile, focus on "intelligence support".

Iran has consistently warned the US and its allies against any "maritime security missions" in the region, emphasising that it was ready to defence its 2,400 km of coastline and ensure freedom of navigation for others.