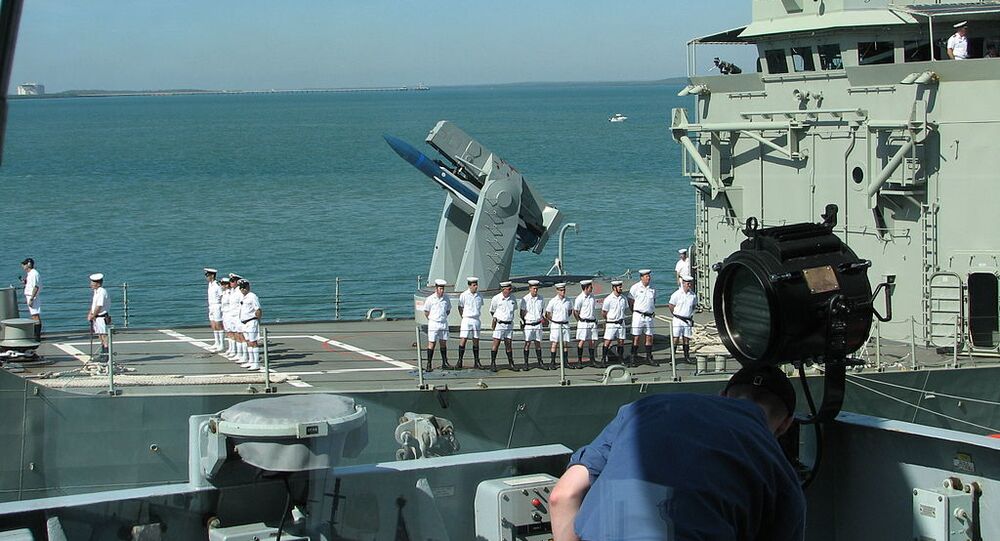 On 3 August, the Pentagon announced its plans to station new mid-range ground-based rockets in the Asia-Pacific region amid growing tensions with China over the South China Sea and the ongoing trade spat. One of the possible locations, Australia, has stated that it had not received any formal requests from Washington for hosting new missiles.

Following Washington's pull-out from the 1987 Intermediate-Range Nuclear Forces Treaty (INF) that banned conventional and nuclear missiles with a range of 500 - 5,500 kilometres on 2 August, US Defence Secretary Mark Esper said the US would seek the deployment of the previously banned missiles in Asia, providing no further details about their possible location.

The US defence secretary's remark, which was made ahead of the annual Australia-United States Ministerial Meetings (AUSMIN) prompted the question as to whether any of those missiles would be stationed in Australia, in particular, in Darwin, where the Pentagon is considering expanding its presence, according to recently uncovered congressional documents.

Although US Secretary of State Mike Pompeo signalled on 4 August that no decision had been made regarding the location of mid-range missiles in Asia, he did not rule out that they could be stationed in northern Australia, in addition to existing US military bases in the region, according to The Australian. If these missiles are deployed in Darwin, China's southern coast would be within their striking range.

Darwin, the northern Australian port-city, remains a bone of contention between the US and China, who view it as a strategic point. In 2015, Darwin's port was leased to Chinese company Landbridge Group in accordance with a 99-year deal, much to Washington's discontent.

"It's in no one's interests for the Indo-Pacific to become more competitive or to become adversarial in character", she stressed.

When asked whether Australia would host new US mid-range missiles, both Australian Defence Minister Linda Reynolds and Prime Minister Scott Morrison univocally stated on 5 August that Washington had not asked Canberra if it could station its non-INF rockets in the country.

“You would expect the US secretary of defence to canvass all of these issues in light of what’s happening in the Indo-Pacific, but I can confirm that he made no request and he wasn’t anticipating any request," Reynolds said.

"It’s not been asked to us, not being considered, not been put to us. I think I the rule a line under that," confirmed PM Morrison.

Australia's 'Protestations' Should be Taken With a Pinch of Salt

"The protestations of Australia’s defence minister are difficult to believe", says James O'Neill, an Australia-based barrister at law and geopolitical analyst, outlining several reasons for his scepticism.

First, "Australia has long been a base for US military forces and only recently acknowledged  (after initial denials) that a further base was being constructed near the northern city of Darwin", he elaborates, suggesting that "this was clearly a response to the recent leasing, for 99 years, of the Port of Darwin to a Chinese company".

Second, "it is difficult to establish the exact number of US military bases in Australia, but there are several, including major bases in Queensland and Western Australia", the geopolitical analyst notes.

Third, Australia has been a willing participant in US wars for many decades, including Korea, Vietnam, Afghanistan and Syria and there is no evidence to suggest any change of policy, according to O'Neill.

For his part, Carlyle Thayer, emeritus professor at the Australian Defense Force Academy in Canberra, presumes that although "Australia’s national interests may converge with US national interests", "they are not congruent", commenting on Australia top officials' denial of any requests being made by the US to station American non-INF mid-range rockets in the country.

"The bottom line is that the nature of the alliance between the United States and Australia is such that no formal request for assistance in made unless the answer is known in advance. In this case, Secretaries Pompeo and Esper over-reached protocol in publicly discussing this issue prior to their arrival in Sydney for the AUSMIN talks", Thayer explains, referring to Mike Pompeo's calls for help "battling" China addressed to Canberra.

The professor notes that the US has linked Australian access to its strategic fuel to Australian participation in patrols in the Persian Gulf.

"It is hard to see how PM Morrison could refuse [US President Donald] Trump if he asked for Australia to base non-INF missiles in northern Australia. Trump may visit Australia later in the year to attend a golf tournament in which his name features. We will have to wait and see how this issues plays out in coming weeks", he remarks.

Other Potential Locations of US Mid-Range Missiles in Asia-Pacific

The proposed deployment of US intermediate-range missiles in the Asia-Pacific could escalate tensions with Beijing and Moscow, Global Times, a Chinese daily, reported on 5 August. The media outlet outlined three possible regions where the conventional rockets could be installed: Japan, South Korea, and Guam, a US island territory in Micronesia, in the Western Pacific. Guam hosts two strategic US military bases, as well as the Guam Army National Guard.

South Korean Defence Ministry announced on Monday that Seoul had had no discussions with the US about the possible deployment of US intermediate-range missiles on its territory, according to The Korea Herald.

On 5 August, Russian Deputy Foreign Minister Sergei Ryabkov told reporters that Moscow would take "corresponding steps" to balance Washington's deployment of new mid-range missile systems in Asia-Pacific region. He did not rule out that Japan could soon host the US Mark 41 Vertical Launching System (Mk 41 VLS), that can be adapted for launching intermediate-range missiles.