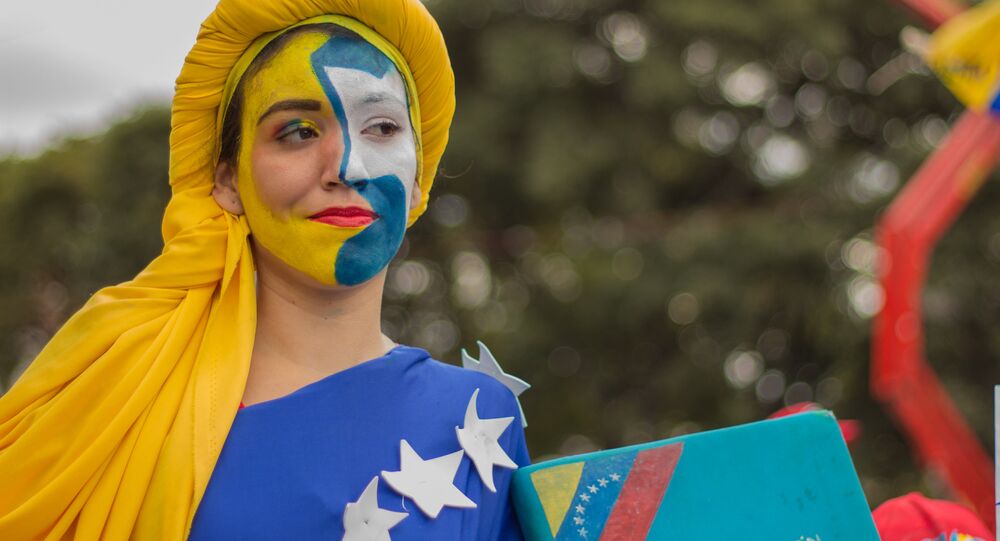 Washington has withdrawn its diplomats from Venezuela and Caracas has begun a new probe into self-proclaimed Interim President Juan Guaido for the power outages that, among other things, cut the capital’s water supply. A journalist told Sputnik that US moves, while backed by “disturbing language,” are a tacit admission of the coup’s defeat.

In a letter address to Congress Tuesday, US Secretary of State Mike Pompeo asked for $500 million of "appropriate resources" in next year's budget for the Department of State to "respond to the crisis" or "support a democratic transition" in Venezuela.

Venezuela has been hit with several large blackouts in the last week, the first and largest of which caused power loss in 18 of the country's 23 states, Sputnik reported. On Tuesday, Venezuelan President Nicolas Maduro said, "We have apprehended two people who attempted to sabotage the communications system at the Guri Dam in order to impede the process of [power supply] restoration. They are being questioned." He further identified the cause of the Guri Dam power failure last Thursday as being a cyber attack by the United States.

Since January 23, Maduro has faced pressure from within and without as an almost unknown parliamentarian, Juan Guaido, has staged a bid for power with extensive backing from the United States. Guaido declared himself interim president of Venezuela and promised an end to the humanitarian crisis gripping the country, as well as the supposed restoration of democratic processes in the country, if Maduro were removed from power. Maduro was re-elected to a second term in an election in May 2018 in which Guaido did not run and which international observers said was free and fair.

The recent power failures represent only the latest attack on the daily lives of Venezuelans in a bid to divide the country, which has actually become increasingly united since the crisis began, Lucas Koerner, an activist and writer for Venezuelanalysis.com, told Radio Sputnik's Loud and Clear Tuesday.

​"Reenergizing a dead grid, a process known as a black start, is challenging any under circumstances," Wired noted Tuesday.

The tech publication noted that Venezuela's high dependency on the Guri Dam, which provides roughly three quarters of the country's electricity, is both an asset and a liability. Getting electricity generated again is much simpler than with other power sources, as the dam operators can use the water behind the dam to sort of "pop the clutch" on the generators, simply letting water fall through the turbines to get them turning again. However, such a centralized power supply means lots of substations across the power network to "step up" the voltage on the lines in order to distribute the dam's electricity much further — that means more moving parts and more variables in the process. That's all the more true with an aging infrastructure like Venezuela's.

This is amazing: buried deep in this NYT article is a sentence indicating the Trump economic sanctions are a major cause of the deadly blackout in Venezuela, contradicting the rest of the article. No one has noticed; this should have been the main story: https://t.co/KGDZ4eI17g pic.twitter.com/DYhODSK737

​"Reenergizing a grid in some ways is more of a shock to the system than it operating in its norm," Tim Yardley, a senior researcher at the University of Illinois focused on industrial control crisis simulations, told Wired. "If infrastructure is aging, and there's a lack of maintenance and repairs, as you try to turn it back on and try to balance the loads, you may have stuff that's not going to come back up, infrastructure that's been physically damaged or that was in such a bad state of repair that reenergizing it causes other problems."

Despite those challenges, Venezuelan Communications Minister Jorge Rodriguez told Xinhua News Agency Tuesday afternoon that the power was back on in the vast majority of the country.

"After today's noon, Tuesday, March 12, we must say that the victory of the people of Venezuela against this attack is on track to consolidate," said Rodriguez, adding that "those who perpetrated the brutal attack knew that they were simultaneously interrupting the supply of drinking water and the wastewater treatment system."

As a result of the prolonged series of blackouts, the Tuy River pump system, which supplies water to Caracas, had not been functioning properly. The Venezuelan capital is roughly 900 meters above sea level, meaning the vast majority of its drinking and bathing water must be pumped up from reservoirs below.

"In terms of size and capacity there is no city in the world with pipelines as large as the IV Tuy," Minister of People's Power for Environment Alejandro Hitcher said in a June 2011 press release from the Ministry of Environment. The Tuy IV aqueduct was completed in 2012 and provides 21,000 liters of water per second, according to the Venezuelan Embassy to the United States.

Those pumps rely on a dependable supply of 2,000 megawatts, Norberto Bausson, who was head of the state utility Hidrocapital in the 1990s, told Bloomberg — a supply now brought into question by US-directed cyber attacks directed against the Guri Dam and other power stations in the country.

"As a result, people throughout the city have had to resort to other means, through water trucks that the government has been sending around," Koerner said, noting that a pump near his home in Caracas that was working intermittently had permitted him to get water after a 90-minute line wait.

"I waited in a line; it wasn't too bad — an hour and a half, very calm, very disciplined," Koerner told hosts John Kiriakou and Brian Becker. "People, volunteers, helping people out, getting everybody water. No one was charged any money."

Noting the system is now back online, Koerner said, "Hopefully within the next 12 hours or so, or hopefully less, we will have water in Caracas."

However, the journalist noted that "the situation outside of Caracas in other parts of the country is much more difficult, as in many of the states, electricity has not been completely restored, and as such, a lot of these issues continue to persist."

US Diplomats Finally Out

After Pompeo announced Monday that the "presence of the US diplomatic staff" at the US Embassy in Venezuela "has become a constraint on US policy" and they would be withdrawn, the Bolivarian Republic returned the favor, expelling US government personnel, Foreign Minister Jorge Arreaza said Tuesday.

"This is definitely an admission of defeat" by Washington, Koerner said, noting it's being "claimed as victory by the Venezuelan government," since it represents the ultimate compliance by Washington with directives given by Caracas to US diplomats in late January.

However, the journalist noted the "very disturbing language" in Pompeo's announcement, about personnel being "a constraint on US policy," saying, "We should read it as a continuation of the constant US threats and psychological warfare… they've been repeating this mantra over and over again, ‘that all options are on the table.'… it's a continued effort, in their view, to scare the Venezuelan military into fissuring and supporting Guaido, which has not happened yet and does not appear to be in the cards… it seems sort of desperate on their part, because I don't think the presence of US military personnel in Caracas would necessarily impede a US bombing campaign, as they obviously would not bomb their own embassy," which sits on a hill by itself in the city's Chula Vista district.

Noting there was already an investigation underway by Caracas into Guaido for the many, many Venezuelan laws he has broken thus far, Koerner said the renewed vigor came from a tweet the self-proclaimed interim president made on March 7 that "it is clear to Venezuela that the light will return with the cessation of usurpation," meaning the Maduro government, and calling people into the streets.

​"While that itself is not any kind of substantive evidence that he was responsible for [the power outage], it definitely… comes as part of this barrage of tweets from the likes of [US Senator] Marco Rubio, Pompeo, effectively threatening to make life absolutely unbearable for the Venezuelan people unless Maduro is ousted, in a totally kind of mafioso form of very explicit blackmail," Koerner said.

"It's no longer about Venezuela," Koerner said. "It's an issue of the credibility of US imperial blackmail. That if the United States cannot threaten a country and overthrow its regime, then the capacity of the United States to control countries in the hemisphere… is truly compromised."

US to Hold Venezuela's Military Responsible for Protecting Citizens - Bolton